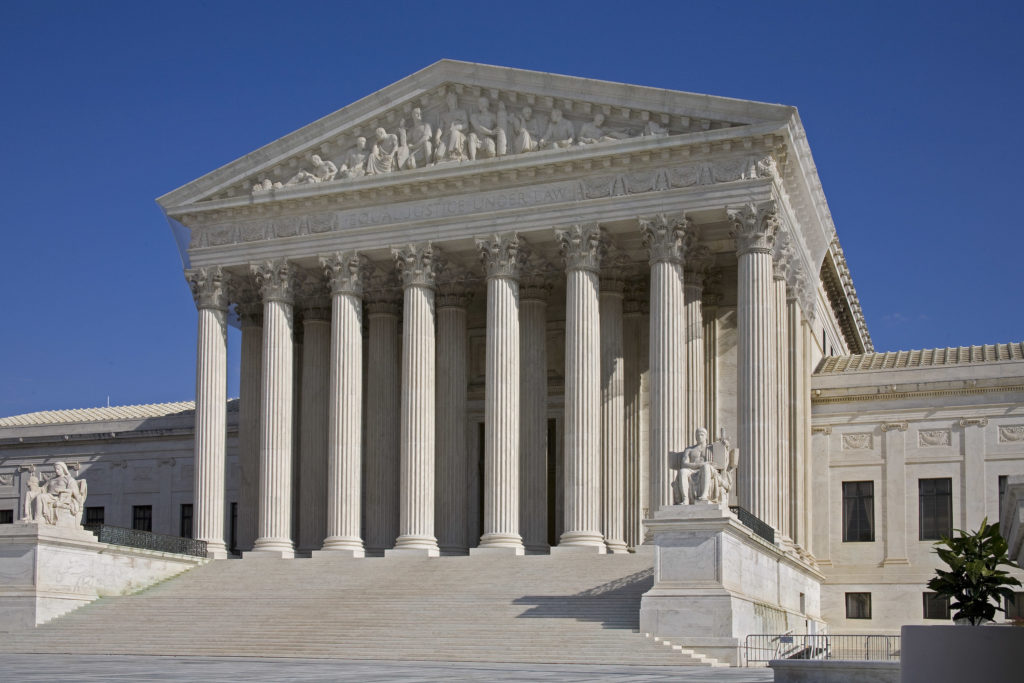 A week or so before I moved to Virginia, my Alabama tags expired. With everything that was going on—packing my office, packing our house, trying to calm the boys’ nerves about moving to a new school—I didn’t get them renewed—it slipped my mind. Tammy and I had gone downtown Florence to shop for some clothes, and there’s a Florence city boy behind me. He pulled me, gave me a ticket and a court date.

Obviously, I didn’t have any trouble remembering to get my tags renewed, but the court date was going to be after we had already moved up here. It was obviously going to be cheaper to pay the $150 ticket than to go back to Florence and appear in court. I go down to Florence’s Municipal Building to pay the ticket. I learned that for expired tags, you cannot just pay the fine, you must appear in court. I’m thinking, “I just got this new preaching job, and I really don’t want them to know that I’ve gotten this ticket and have to appear in court.” I ask the lady at the counter what I’m going to do, and she gives me two dates—the next morning or the day that Danny and Doug and Judy are coming to get me. I obviously went the next morning.

That court room is filled with people that I didn’t really care to be associated with–there were people there for DUI, for hit-and-run, for drug possession, and for some other serious violations. And there sits your soon-to-be-preacher! It’s my turn to go before the judge. I didn’t get a chance to tell him anything I had planned to. He looked at the ticket and the receipt from where I had renewed my tags and said, “Sir, what are you doing here? Case dismissed. Have a good day.” This was the first time—and I pray, the last time—that I’ve ever been in a courtroom.

Some of you have likely been in my shoes. Maybe you’ve had to go to traffic court. Maybe you’ve sat on a jury and you’ve witnessed other people sweat bullets in the courtroom. Maybe you’ve been a witness in some trial of some sort.

I know that you—like I—would love to avoid the courtroom as long as you live. Yet, there is coming a day when a courtroom will be unavoidable; you will stand before the Judge of all. “Each of us will give an account of himself to God” (Romans 14:12). “We must all appear before the judgment seat of Christ, so that each one may receive what is due for what he has done in the body, whether good or evil” (2 Corinthians 5:10).

There’s a great day coming! Our text this morning talks about that great day. As we look at that great day, we’re going to learn an important lesson: “You will face judgment.”

John saw a great white throne and him who sat upon it. John saw a throne, the symbol of regal authority. Not only does John see a throne, but it’s white. It is pure. The One who sits there is pure, he is just, and he is fair.

John saw the dead, small and great, standing before God, and books were opened. The mentioning of “small and great” emphasizes that John saw everyone standing before the throne of God. You know that all the dead will appear before God. The great men of the earth will be there—the kings, the presidents and prime ministers, Nobel laureates, and the great actors of our age and every other age. The small men of the earth will be there—people like us whom history shall never remember. The villains of history will be there—Nero, Hitler, Bin Laden, Pol Pot. The heroes of history will be there—Washington, Lincoln, Columbus, Neil Armstrong, Churchill.

Books were opened, one of which was the Book of Life. I firmly believe that some of the books opened here are Scripture; you know that Scripture will judge us on that day. “The one who rejects me and does not receive my words has a judge; the word that I have spoken will judge him on the last day” (John 12:48). Hebrews 4:12-13. The Book of Life was also opened—that is the book where God keeps a record of those who are in Christ.

It certainly seems that one of the books opened is the book of your life. We’re told right here that the dead were judged by their work, by the things which were written in the books. Don’t overlook the fact that these books are opened. The idea seems to be uncovering, exposing. All that we have done will be exposed on that day. “God will bring every deed into judgment, with every secret thing, whether good or evil” (Ecclesiastes 12:14). You will have no secrets on that day—you will not keep anything from God—He will bring forth every private thought, every angry word, and every shameful action to be judged.

John continues to show here the universality of the judgment. The sea and Death and Hades gave up the dead in them—that’s everyone.

Death and Hades were thrown into the lake of fire. Two great Bible truths are taught here:

The lake of fire is the second death—Death will certainly be around in eternity, but it will be vastly different from anything we have known henceforth.

Anyone not found in the Book of Life was cast into the lake of fire.

All the multitudes of people whose names weren’t in the Book of Life, John saw them cast into the lake of fire.

“You will face judgment.” At judgment, one of two things will happen:

Let’s think about what we can do because judgment is coming.

I personally believe hell is far too horrible for words, far worse than anything our minds can conceive. But, God wants us to know something about hell, and he has revealed some of what that lake of fire shall be like.

This week, get off to yourself and give some serious thought about what it would be like for you to be in hell without any hope of redemption.

If you’re a fan of Duck Dynasty, you’ll appreciate this. Missy Robertson’s father has spent many years as a gospel preacher and holding seminars where he teaches people how to share the Gospel. Larry begins each study with this question: “If the Lord were to come right now, would you know for sure—nothing doubting—that you’d go to heaven?” Before you leave this morning, you need to be able to answer that question in the affirmative.

Self-examination should be a key component of our Christian lives. “Let a person examine himself, then, and so eat of the bread and drink of the cup” (1 Corinthians 11:28). “Examine yourselves, to see whether you are in the faith. Test yourselves. Or do you not realize this about yourselves, that Jesus Christ is in you?—unless indeed you fail to meet the test!” (2 Corinthians 13:5). Test yourselves this week. Are you truly ready for the Lord to come again and for you to stand before him in judgment?

Three: As you go about your daily life, ask this question: “What will I do today that will lead me closer to heaven?”