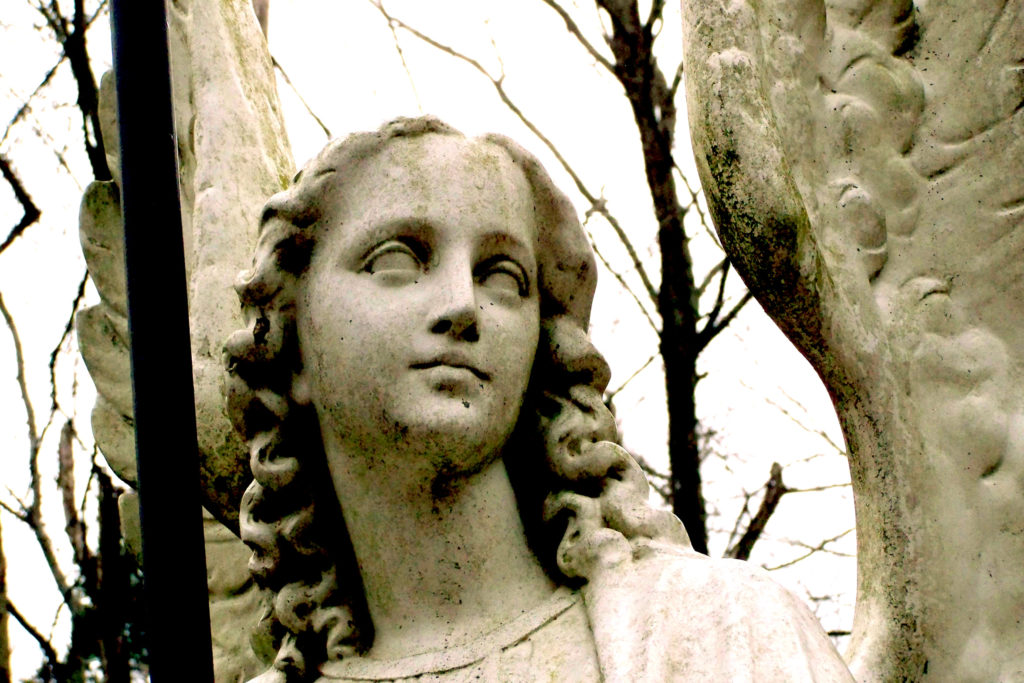 We believe that angels minister to man. When Peter was in prison, we read, “Behold, an angel of the Lord stood next to him, and a light shone in the cell. He struck Peter on the side and woke him, saying, ‘Get up quickly.’ And the chains fell off his hands” (Acts 12:7). “Are they not all ministering spirit sent out to serve for the sake of those who are to inherit salvation?” (Hebrews 1:14). I don’t know exactly how angels minister to man, but that does not change the fact that they do.

We see part of their ministry in Revelation 14 where they proclaim the will of God. In fact, the term “angel” literally means “messenger” in Greek; here we see angels serving as messengers, conveying the will of God to man. This evening, we want to examine the proclamation of these three angels to see what we can glean.

The Proclamation of the First Angel, vv 6-7

This angel ﬂew in the midst of heaven. The heaven here applies to the sky, not the heaven where God dwells. He ﬂies in the midst of heaven, or mid-heaven. where he can be seen by all; if he were ﬂying way up in heaven, he would have been difficult to see. The angel is also depicted as having a loud voice (v 7), for the same reason: so that he can been heard by all.

The message of this angel was: “Fear God and give him glory, because the hour of his judgment has come, and worship him who made heaven and earth, the sea and the springs of water.” The world was to fear God and give glory to him. “Fearing God” does not mean to be frightened of him. Although the Greek term used here can mean to fear in the sense of frighten, the term often means “reverence” or “give respect,” and that’s the obvious meaning here. “Giving glory to God” means to give him renown or honor. Thus, this angel tells the world to give God respect, reverence, and honor.

We need to be about giving God respect, reverence, and honor. “Honor everyone. Love the brotherhood. Fear God. Honor the emperor” (1 Peter 2:17). “In every nation anyone who fears him and does what is right is acceptable to him” (Acts 10:35). Do we give God the reverence and honor he deserves? Do we worship him reverently? Do we serve him faithfully? Do we pray to him as our Father? Are we reverencing and honoring him?

The time of God’s judgment had come — because of the irreverent attitude of the people, God’s judgment would come. But, he was providing them an opportunity to repent by telling them to honor him.

God is to be worshiped—instead of honoring and worshiping the emperor, the people needed to worship and honor God. We need to see that we worship God. We can’t say that we’re too busy, that we just don’t feel like it today, or anything of the sort—we need to be worshiping the Lord.

God is depicted as the One who created all things—he has power the emperor never will have.

The Proclamation of the Second Angel, v 8

Another angel came saying, “Fallen, fallen is Babylon the great, she who made all nations drink the wine of the passion of her sexual immorality.”

This is the ﬁrst time we ﬁnd Rome portrayed as Babylon in Revelation. “Babylon” and its synonym the “Chaldeans’” were used to refer to Rome in the Dead Sea Scrolls and other Jewish texts of this era. Babylon and Rome were comparable because both were centers of world empires and Babylon destroyed the temple and Rome would destroy the temple soon.

Babylon, the great city, is fallen. Although Rome had not yet fallen, it is depicted as fallen, for when God decrees a city will fall, it is as good as fallen.

The Proclamation of the Third Angel, vv 9-11

They shall drink the wine of the wrath of God. The author probably means to connect the two cups—if one drinks the cup of fornication from Babylon. he will drink the cup of God’s wrath. In the Old Testament, God’s wrath is often pictured as an intoxicating drink (for example, Psalm 75:8 and Isaiah 51:17). In the fast century, wine was seldom—if ever—drunk full strength, rather it was diluted with water. People who drank their wine with diluting it were considered barbarians. But, God will pour out his wrath unmitigated by grace and mercy. God is gracious and merciful, but his grace and mercy will run out.

This text speaks of the wrath of God. There is no doubt but that God is gracious and merciful; out of his mercy and grace, God sent his Son to die for our sins. But, we make a huge mistake if we only speak of God’s love and mercy; God becomes angry and he exercises wrath on the ungodly. “The wrath of God is revealed from heaven against all ungodliness and unrighteousness of men, who by their unrighteousness suppress the truth” (Romans 1:18). “Let no one deceive you with empty words, for because of these things the wrath of God comes upon the sons of disobedience” (Ephesians 5:6).