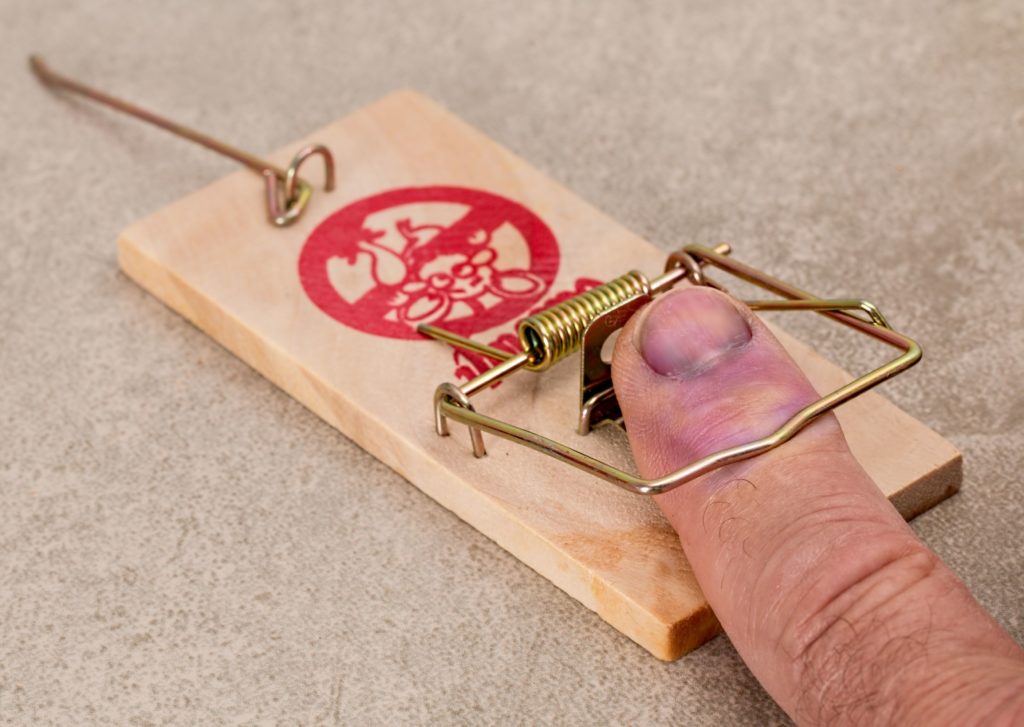 Pain can be very difficult for people to handle. I never shall forget when my grandmother had surgery for colon cancer. I went in with Mom to visit her in ICU the night of her surgery; I was in high school, and that was first time I had ever been in ICU or around someone who had just had surgery. She was in nearly unbearable pain, and it was so hard for me to see her that may. Although I am often in ICU visiting those who have just had surgery, I never shall forget that first experience.

Let us examine the pain of God.

When the first angel poured out his bowl, foul and evil sores came upon the men who bore the mark of the beast and worshiped its image.

These men who had borne the mark of the beast are now made to bear the mark of God. The Greek term for “sore” here is the same word used in the Septuagint of the boils God sent upon the Egyptians. This passage reminds one of the sores sent upon Job. When Job refused to curse God after great calamities befall him, God granted Satan permission to inflict physical torture upon Job. Job 2:7-8. Every inch of Job’s body was covered with terrible sores. The pain was so severe that he scraped himself with a potsherd (broken pottery) and sat among ashes to relieve himself of the pain. The vast difference, of course, between Job and the men in this plague is that Job was inflicted because of his integrity, whereas our text speaks of men being inflicted because of their evil.

When the second angel poured out his bowl, the sea became like the blood of a dead man, and every living thing died that was in the sea.

Water is one of man’s most basic needs, but man is not able to find water; he is only able to find rotting water. The waters in the seas have become like the blood of dead men – it is rotting, decaying. These rotting waters cause decay themselves; they cause everything in the sea to die.

When the third angel poured out his bowl, the rivers and fountains of water became blood. Whereas the second angel brought destruction upon the salt water, this angel brings destruction upon fresh water. This demonstrates the completeness of this destruction.

This angel praises God for his justice in giving out these judgments. The idea is that God is not just being cruel in punishing evildoers; he is doing what is right. God is a just God. “There is no other god before me, a righteous God and a Savior; there is none besides me” (Isaiah 45:21). “We know that the judgment of God rightly falls on those who practice such things” (Romans 2:2). When God punishes, he does so justly. Those who receive his judgment deserve it.

God is and has been. What a comfort to discover that God has always been and still is! Worldly leaders come and go, but God remains on his throne.

God is holy. The angel refers to him as the “Holy One.” This gives him the right to punish these evildoers; he is holy, while they are practicing lawlessness.

Men have shed the blood of saints and prophets, and God had given them blood to drink. The torture early Christians faced was quite severe—many were forced to give up their blood, to give up their lives to do what is right. But likewise, many prophets faced severe torture. We know well how Elijah had to escape from Jezebel to prevent being killed, and Jeremiah was cast into a dungeon. Jesus also spoke of the persecution prophets faced (Matthew 23:29-36).

God has given those who killed saints and prophets blood to drink. Early Jewish tradition said that God turned the waters in Egypt to blood to smite the Egyptians for shedding Israelite blood. The symbolism cannot be lost upon us-those who have shed blood are now forced to drink it; they are punished for what they have done.

The angel declares, “It is what they deserve!” “It is what they deserve!” is literally in the Greek “they are worthy.” The idea is obviously that these evildoers are receiving what they rightly deserve. This is an important idea for us to consider. The punishment God inflicts upon the ungodly is what they deserve. Sometimes people struggle with the idea of a loving God’s sending people to an eternal hell. We need to remember that this is what people deserve. God is not sending people to hell arbitrarily: this is what people deserve. We, too, deserve to be eternally lost; only God’s mercy prevents our being sent to hell eternally.

John heard the altar cry, “Yes, Lord God the almighty, true and just are your judgments!” The voice from the altar would be the testimony of the martyrs (6:9) and the prayers of the saints (8:3-5). The altar reiterates what has already been stated in Revelation—God is all-powerful, his judgments are true and just.

When the fourth angel poured out his bowl, the sun scorched men with fire. Fire is commonly connected with divine punishment. “The LORD will strike you with wasting disease and with fever, inflammation and fiery heat, and with drought and with blight and with mildew. They shall pursue you until you perish” (Deuteronomy 28:22). “By the same word the heavens and earth that now exist are stored up for fire, being kept until the day of judgment and destruction of the ungodly” (2 Peter 3:7). This is obviously punishment here, for we are told the men did not repent or give God glory. The men were scorched with this intense heat; the heat and the pain were unbearable.

Being burned with fire is terribly painful. An elder where I once worked was working on his farm when his tractor exploded. Harold was burned over much of his body, and he spent several weeks in the UK Burn Center. He told about whirlpools and then having his burns scraped by the nurses. He told me that many times he wanted to go ahead and die so that he could get out of his misery.

These people did not repent and give God glory. The point of this plague was that the men might repent. Repentance is, after all, what God desires: “The Lord is not slow to fulfill his promise as some count slowness, but is patient toward you, not wishing that any should perish, but that all should reach repentance” (2 Peter 3:9). This plague came upon humanity in order that they might repent. They did not give God glory—they did not honor him.

When the fifth angel poured his bowl on the throne of the beast, his kingdom became darkened. The beast’s throne would be symbolic of his power and his rule. That power—the power that the men of the world followed—became darkened; it was no longer the power they once knew.

The people gnawed their tongues because of the pain—gnawing of tongues is a sign of immense pain. Thus, the men of the world are depicted as being in great pain.

They blasphemed the God of heaven because of their pains and their sores, and did not repent of their deeds. Again, we see the that God’s intent in the plagues he sent upon the earth was man’s repentance. But, the hearts of men became hard, and they refused to repent. We need to be careful lest our hearts become hardened and we refuse to repent. The author of Hebrews cautions us about hardening our hearts (Hebrews 3:12-13). How is your heart? Is your heart hard or is your heart penitent?