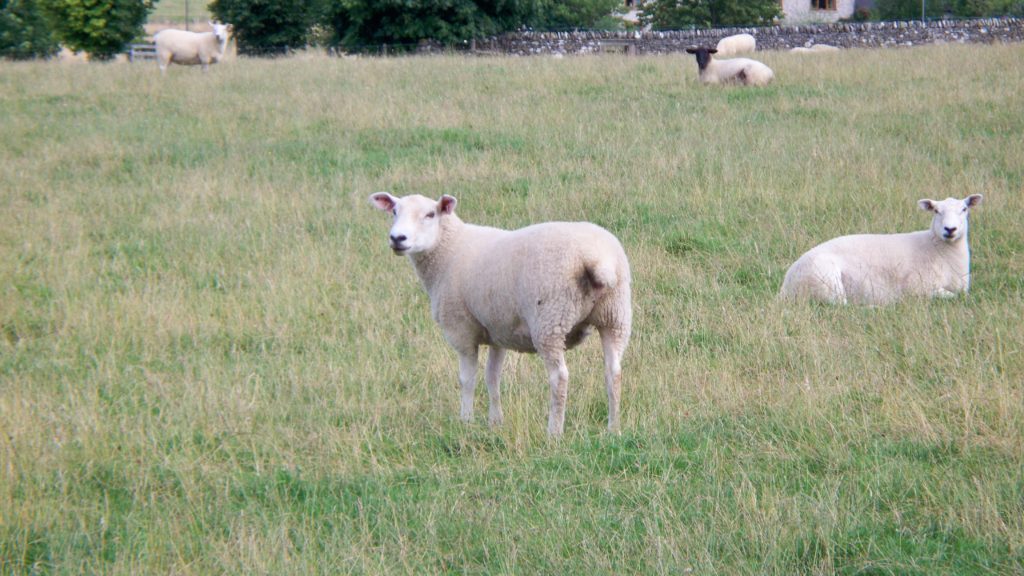 The Lamb and His Followers (Revelation 17:14)

In our text this evening, John discusses not only the commanding officer but the soldiers – he discusses the Lamb and his followers. In some ways, the analogy of warfare doesn’t fit the Lamb and his followers. Although the Lamb’s followers fight the war in the “trenches,” their victory is guaranteed because of the Lamb’s work. No soldier can say his victory is guaranteed because the commanding officer was killed and resurrected. Although the soldiers who tight the combat do deserve a great amount of credit, the Lamb’s followers who fight the fight deserve far less credit—Jesus has paved the way and done nearly all the work.

The Lamb is a victor – “The Lamb will conquer them.” The beast and his cohorts will not be victorious, for the Lamb will conquer them. Jesus is going to be victorious. Jesus told his disciples, “I have overcome the world” (John 16:33). “The one who conquers, I will grant him to sit with me on my throne, as I also conquered and sat down with my Father on his throne” (Revelation 3:21).

There is no doubt the victory that is coming. Satan is going to be defeated, and the Lamb is going to be victorious. When the Iraqi conflict began, there was probably not a one of us who doubted the outcome. We knew the United States, with its far superior military, would be victorious. But, at the same time, each of us probably felt at least some apprehension: how long would the war take, how many might die, will those we love be harmed? Although there are many uncertainties about a human war, there is no doubt about the conflict of this world: Satan and his followers will be soundly defeated, and the Lord and his followers will be victorious.

The Lamb will be victorious, for “He is Lord of lords and King of kings.” The title “Lord of lords” is a description of God from the Old Testament. “The LORD your God is God of gods and Lord of lords, the great, the mighty, and the awesome God” (Deuteronomy 10:17). As the Lord of lords, God is higher than every other lord that man knows.

Those with the Lamb are called and chosen and faithful.

Calvin taught that God had chosen who would be saved and who would be lost long before the foundation of the world. God, according to Calvin, calls those who are predestined for salvation; those who are not predestined do not receive this call. Because of our aversion to Calvinism—that doctrine has no biblical foundation; many in churches of Christ do not want to talk about the call of God. But, it would do us well to talk about the call of God, for it is biblical.

God does call people into a relationship with him. The Bible teaches that God has called Christians. “To all those in Rome who are loved by God and called to be saints” (Romans 1:7). “To the church of God that is in Corinth, to those sanctified in Christ Jesus, called to be saints” (l Corinthians l:2). This call is for all people, not just a select few: God “desires all people to be saved and to come to the knowledge of the truth” (1 Timothy 2:4).

This calling takes place through the proclamation of the Gospel. “We are ambassadors for Christ, God making his appeal through us” (2 Cor. 5:20). “To this he called you through our gospel, so that you may obtain the glory of our Lord Jesus Christ” (2 Thessalonians 2:14). The call of God, then, is not some mystical feeling that one gets that makes him decide to ask God for forgiveness. The call of God, then, is the urging to obey as one hears the Gospel proclaimed. Those with the Lamb have been called into a relationship with him.

Central to the New Testament’s teaching about the people of God is that they are chosen. God “chose us” in Christ “before the foundation of the world, that we should be holy and blameless before him” (Ephesians 1:4). Peter addressed his first epistle to “those who are elect” (1 Peter 1:1).

Again, Calvinism plays a huge role in how we view election. Calvin tells us that people are chosen by God, without any effort of their own, and there is nothing they can do to undo God’s election. The biblical idea of election, however, is not that God elected who would and who would not be saved but that he would bestow special blessings upon those who were chosen. Ephesians 1:3-6: Through the election of God, we have blessings beyond measure. Revelation 7:14: God chose Christians to be victorious over the forces of evil.

The other two attributes of those with the Lamb focus upon God’s doing—calling and choosing—but this last one refers to what the Lamb’s followers must do, be faithful.

We must be faithful to the Lord. Barnabas went to Antioch “and saw the grace of God, he was glad, and he exhorted them all to remain faithful to the Lord with steadfast purpose” (Acts 11:23). “My brothers, whom I love and long for, my joy and crown, stand firm thus in the Lord, my beloved” (Philippians 4:1).

There are great benefits for those who are faithful to the Lord. The faithful will receive the crown of life (Revelation 2:10). The faithful would be kept from the hour of trial (Revelation 3:10). The hour of trial spoken of in this verse has come and gone. But, there is a great principle that can be applied here: God kept these early Christians from wrath, and he will keep us from his wrath at the end of the age.

Are you faithful to the Lord? Are you always striving to do what you know is right?