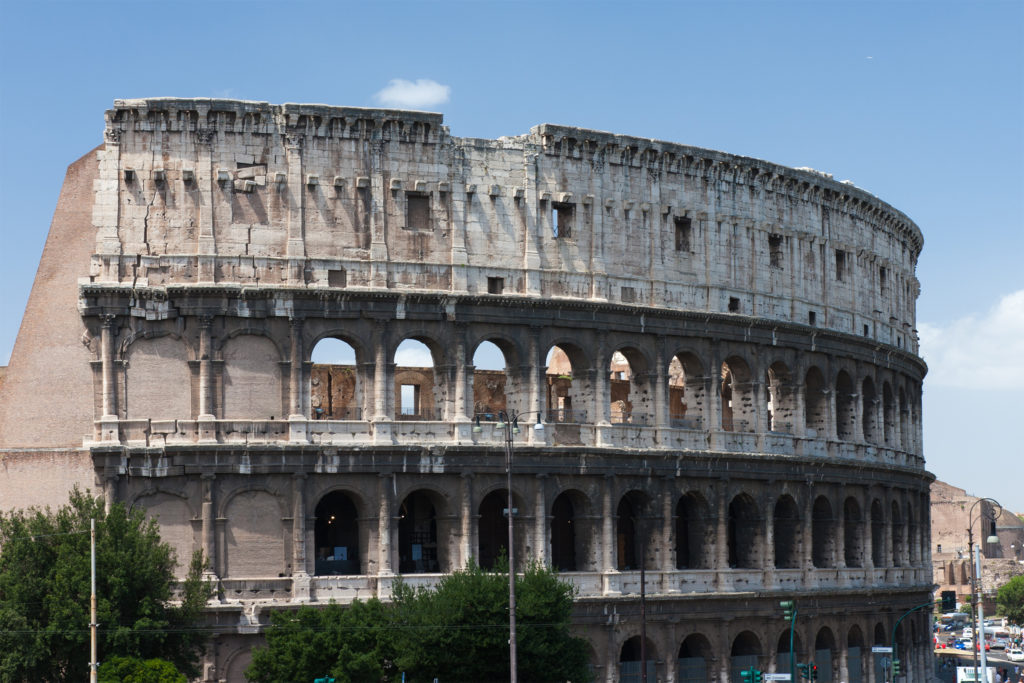 In the past few weeks, we have witnessed extraordinary events in Iraq—a dictator has been removed, and a people are now free.

Tonight’s text touches upon the subject of oppression and the toppling of evil states. I have been amazed, as I have studied Revelation this time around, as to how much can be applied to the situation in Iraq. Of course, there is not a word in Revelation that prophesied the recent war; the wars discussed in the pages of this book occurred long ago. But, this does serve to illustrate about how relevant the Word of God is; we can bridge the gap of 2000-plus years and make relevant application. Tonight, we want to join John as he learns about the great whore he saw.

The angel told John, “The waters that you saw, where the prostitute is seated, are peoples and multitudes and nations and languages.”

Some have objected to the angel’s telling John that the whore sits upon water, for John, in his description of the whore, never mentions that she sits upon the waters. Are we to think that John mentioned literally everything he saw? One also needs to notice that the angel told John that he would show him “the judgment of the great prostitute who is seated on many waters” (v 1).

The waters where the whore sits are described as “peoples and multitudes and nations and languages.” The grouping of peoples, multitudes, nations, and languages stresses universality; this great whore sat over a great many people. A major weakness of the Roman Empire was its inability to form conquered peoples into Romans. They would conquer people by force, but the Romans could not weld the conquered into a cohesive kingdom. Nebuchadnezzar had this aspect of Rome revealed to him in a dream (Daniel 2:42-43).

Rome was an oppressive kingdom that would eventually come apart at the seams. We have seen many oppressive regimes in modern history: Cuba, the Soviet Union, East Germany, Poland, South Africa, Iraq to name but a few. While this world stands, there will continue to be oppressive regimes.

There is a political lesson we can team here—leaders need to gel their people into a homogeneous group rather than splinter groups. Look at what has happened in Canada—there is a French-speaking group and an English speaking group. There are great hostilities between the two groups, and there has been much talk about Quebec’s succession from Canada.

Although that is true, we are more concerned with the spiritual than the political. What spiritual lessons can we learn from this? Church leaders need to take great care to mold the church into a homogenous group rather than one that is splintered. We are, after all, one in Christ. “We, though many, are one body in Christ” (Romans 12:5). “There is neither Jew nor Greek, there is neither slave nor free, there is no male and female, for you are all one in Christ Jesus” (Galatians 3:28). There is no such thing as a rich Christian or poor Christian, fat Christian or skinny Christian, a Christian with a good moral background or a Christian with a bad moral background; we are “one body in Christ.” Leaders need to work to prevent cliques, splinter groups, and the like from being present in the church, we need to see that we do not participate in such division.

The ten horns John saw on the beast will hate the whore, make her desolate and naked, eat her flesh and burn her with fire. John saw ten horns that will hate the whore. The ten horns have been identified as ten kings (v 12). Thus, these puppet kings shall no longer be loyal to Rome, and they shall hate the Empire along with the beast. Perhaps there is jealousy being portrayed here—the beast and the ten kings will desire all the power of Rome for themselves.

The beast and the ten kings will make the whore desolate and naked. This seems to be an allusion to Ezekiel 23:26-29 where Jerusalem is compared to a woman stripped and naked. The punishment for whoring in the Ancient Near East was often being stripped naked and being forced to go through town.

The beast and the ten kings with him will eat the flesh of the whore and burn her with fire. The eating of her flesh does sound like wild animals coming and devouring her flesh—this could be an allusion to Jezebel’s fate (1 Kings 21:23-24; 2 Kings 9:10, 36-37). Not only would the whore be eaten but she would also be burned with fire. Under the Old Testament, if the daughter of a priest played the whore, she was to be burned with fire (Leviticus 21:9). Fire was the standard method for destroying cities in antiquity (Amos 1:4); however, most readers probably remembered how Nero burned Rome not many years before this was written and blamed it on the Christians.

God put it in their hearts to fulfill his purpose, to be of one mind, and to give their kingdom to the beast, until the words of God are fulfilled. It is quite interesting that God can put actions in people’s hearts to do his will while the person maintains free will. Think about God’s hardening Pharaoh’s heart, Pharaoh had free will, but he followed the dictates that God put in his heart. Remember also Peter’s statement at Pentecost—Jesus was “delivered up according to the definite plan and foreknowledge of God, [and] you crucified and killed [him] by the hands of lawless men” (Acts 2:23). They had free will, but they did what God had determined to be done.

These ten kings, along with the beast, had free will, but they made war with the whore according to God’s will.

The kings and the beast would be of one mind. In the view of the ancients, to be of one mind was highly desirable but it was only possible through intervention of the gods. Here, we see God—the One according to ancient mythology who could bring about unity—bringing about unity for his express purpose.

The kings would be of one mind and give their kingdom to the beast until the words of God are fulfilled. God’s word, his purpose, was going to be fulfilled. God’s purposes will continue to be fulfilled in this age. God’s word cannot change. “Truly, I say to you, until heaven and earth pass away, not an iota, not a dot, will pass from the Law until all is accomplished” (Matthew 5:18). “Scripture cannot be broken (John 10:35); it cannot be broken, annulled. Whatever God has said will come to pass; there is no changing God’s Word.

What on earth are we to make of all this? These events could discuss the near collapse of the Roman Empire shortly after the death of Nero. The problem with that is that this does appear to be telling of future, not past events, and the anarchy following Nero’s death occurred two to three years before this book was written. The other problem with this is that the Roman Empire came back with a vengeance after that anarchy. Perhaps, John is prophesying of the future fall of Rome, but that did not occur for roughly another 350 years, and this seems to conflict with the “shortly come to pass” passages of Revelation. Perhaps this refers to some other event. At any rate, the message is clear: the whore will not be allowed to continue; she would fall.

What applications to our modern life can we make from this passage? Honestly, there isn’t much for us to learn except the message about leading with an iron fist, cliques, and the certainty of God’s Word. The message presented in these few verses would have lifted the hearts of the early disciples: the whore—Rome with her paganism—would not last forever. The evil we see today will not last forever; there is a day of reckoning quickly approaching. Will you be ready for that day of reckoning?