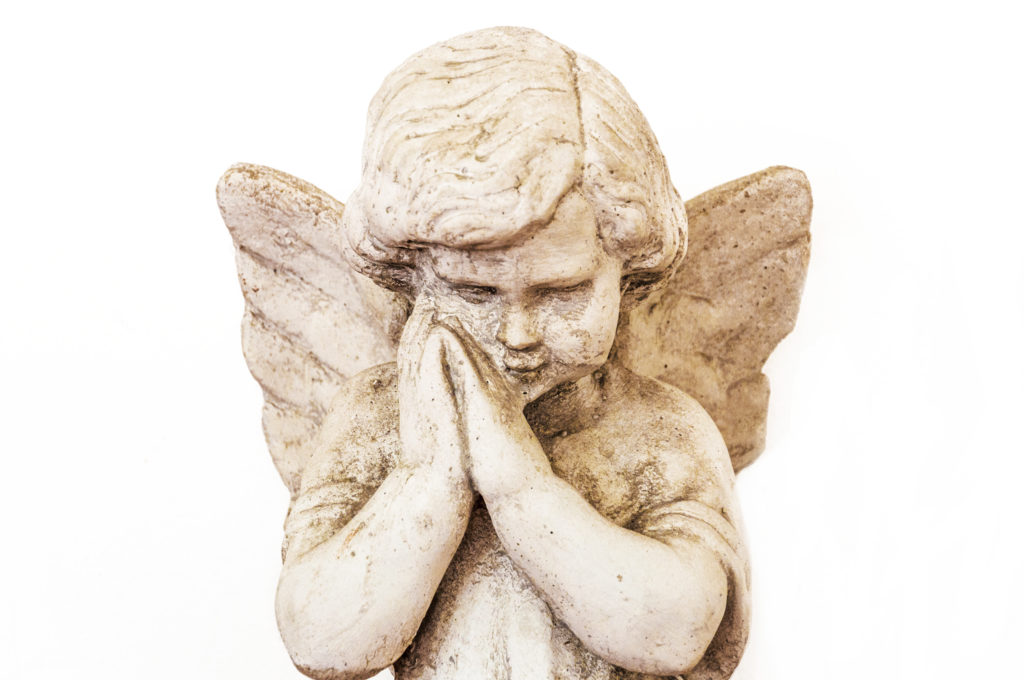 The Big Angel with the Little Book (Revelation 10)

As we have studied through Revelation, we have seen much about the judgment of God.

Tonight, our text causes us to switch gears completely. Tonight’s text deals with the message proclaimed by men of God. There is much we learn about the message of God from the big angel in this text:

The Divine Message He Brings, vv 1-7

This angel had a rainbow on his head, his face was like the sun, and his legs were like pillars of fire. The rainbow on the head of this angel reminds us of the description of God (Revelation 4:3). His face was like the sun. This reminds us of the time when Moses came down from Mt. Sinai and his face shone (Exodus 34:29-30). Moses face shone after he had been in the presence of God; this angel’s face shines because he has been in God’s presence. His legs being like pillars of fire might well be an allusion to the pillar of fire that guided the Israelites in the wilderness.

The angel cried with a loud voice as when a lion roars. he Greek term for roar means a deep, low sound like the growl of thunder. The word may indicate that the voice of the angel had not only volume but depth, at once compelling attention and inspiring awe.

This angel “swore by him who lives forever and ever, who created heaven and what is in it, the earth and what is in it, and the sea and what is in it, that there would be no more delay.” This angel’s swearing by “him who lies forever and ever” would have served as a great comfort to the first century Christians in danger of losing their lives for their faith. God’s creation of the world and all things therein would have stood in stark contrast to the impotent idols. The angel swore that there would be no more delay, but the mystery of God would be finished—the prayers of the saints would be realized and God’s punishment would be completed.

Here’s the point of this text—this angel is bringing a message from heaven. The book opened in his hand is the message he brings. Inspired men had to have the will of God revealed to them (they would not just know what God wanted and here this angel is aiding John in understanding the will of God.

The voice John had heard before told him, “Go, take the scroll that is open in the hand of the angel who is standing on the sea and on the land.” John is serving as God’s seer, and he needs to know what is going to take place so that he can reveal it to the church. Thus, John is told to go and take the scroll from the angel’s hand. That the voice with these instruction comes from heaven indicates the divine authority of the speaker.

John went to the angel and asked for the book. The angel told him, “Take and eat it; it will make your stomach bitter, but in your mouth it will be sweet as honey.” The book, indeed, was sweet in his mouth and bitter in his stomach. John had not been told to ask for the scroll, but since a voice from heaven told him to take the scroll, he understood that he was authorized to ask for the scroll.

The angel told him that the book would be bitter in his stomach and as sweet as honey in his mouth. If John were to proclaim this message, it had to become a part of him. In like manner, those who preach today need to make the message a part of him. The book was sweet in his mouth and bitter in his stomach. If John were to proclaim God’s message, he had to be prepared for very mixed emotions—the joy of a fuller understanding of God’s will and the bitterness of knowing what would come to pass.

The angel told John, “You must against prophesy about many peoples and nations and languages and kings.” John’s mission was not nearly completed; he would need to continue prophesying about many peoples, nations, tongues, and kings. Just as John’s work was not yet done, the preacher’s work today is not nearly done – there are many more lessons to be preached, there are many more who need to hear the message, and we cannot rest until the world has been saturated with the Gospel.

Some lessons we need to learn: