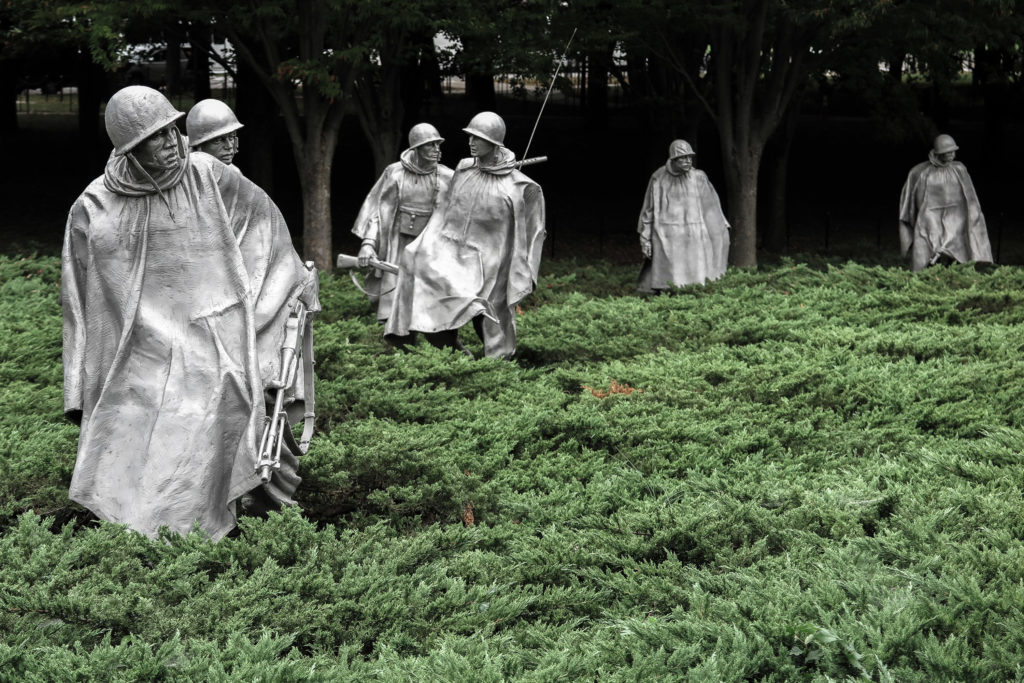 Americans have become accustomed to quick victory on the battlefield. In Panama, we installed a democratically elected government and capture Manuel Noriega within days. In Gulf War I, we fought in the air for six weeks or so and for 100 hours on the ground, and we drove Hussein out of Kuwait. In Afghanistan, we overthrew the Taliban in just a few weeks. In Gulf War II, in just over a month, we freed a nation from tyranny. But, many of you remember the long years of World War II, Korea, and Vietnam. We should not assume that war will always be easy for this country. Although there are times that war may be the only option for national security, we should expect a long struggle rather than an easy one.

Tonight’s text speaks of a decisive victory. The language is that of warfare, and it pictures the Lord executing vengeance upon his enemies. We want to examine this text to find modern application.

John saw a white horse. The One who sat upon it is called Faithful and True, and in righteousness he judges and makes war. Roman princes customarily rode on white horses in military triumphs, the image could be here that the Lamb is riding forth in victory. However, white horses were more commonly associated with the Parthians, the chief enemies the Romans. John might be mixing these two images—the Lamb is an enemy of Rome, more so than the Parthians, and he is riding forth in triumph.

The One on the horse was called Faithful and True, and in righteousness he judges and makes war. Revelation has repeatedly talked about God’s faithfulness and righteousness. However, this description of the Lamb adds a new dimension—he makes war in righteousness. The idea is that he did not go about afflicting suffering, vengeance on the innocent. In the recent war in Iraq, the US took great pains to reduce “collateral damage,” not to afflict vengeance upon the innocent—that’s the way the Lamb is here being depicted.

His eyes are like a flame of fire, and on his head are many diadems; and he has a name inscribed which no one knows but himself. His eyes being like a fiery flame recalls the image in Revelation 1:14. Again, this has to do with his ability to pierce through the facades people put up, to see people as they really are. This is an appropriate image for vengeance; people can’t hide their sins from him, but he lays people’s sins bare. On his head are many diadem—this contrasts with the references to crowns throughout the book. The diadem was a crown that signified authority, power. He had a name inscribed which no one knew but himself—this may be a way of saying that no one had power over him; ancient magicians claimed they could gain power over spirits once they knew the spirit’s name.

He is clad in a robe dipped in blood, and the name by which he is called is The Word of God. The blood on his garment is not his own; it is the blood of his enemies. Just as those in warfare often get other’s blood all over themselves, the Lamb is drenched in the blood of those he has judged. A noncommissioned officer wrote, “It is commonly supposed that the first duty of a good soldier is to die for his country. This is a mistake. The first duty of a soldier is to make his enemies die for theirs.” Here we see Jesus executing vengeance upon his enemies, killing them.

He is called The Word of God. This obviously reminds us of John 1 where Jesus is referred to as “the Word.” In Jewish thought, a word is not lifeless, but it is an active agent that achieves the intention of the one who speaks it—thus, Jesus as the Word of God will achieve the intention of God.

The armies of heaven, arrayed in fine linen, white and pure, followed him on white homes.

Just who are these privates who follow the Lamb? They do not appear to be his saints. When the fifth seal was opened, the souls under the altar—martyred saints of God—were told “rest a little longer” (Revelation 6:9-11). Many commentators point to Revelation 17:14 as proof that these are saints of God. There saints are pictured as being with the Lamb who conquerors the beast and his cohorts. But, that text simply refers to those who are with the Lamb; it does not say that those with the Lamb fought.

A far more compatible view with Scripture is that these armies of heaven are the angels of God. In Scripture, angels are pictured as taking part in the judgment of the world (e.g., Matthew 13:41-42; 2 Thessalonians 1:7-8). Thus, it seems that these are angels who follow Christ and fight with him.

They are arrayed in fine linen, white and pure. Their apparel stands in stark contrast to the Lamb’s apparel—his clothing is stunted with the blood of those he conquerors. This demonstrates that the Lamb is powerful enough to conquer his enemies.

They follow him on white horses—again, this was the primary method of attack of the Parthians, the primary enemies of the Romans.

The image from this verse is that Christ has help in carrying out his judgment-his angels execute judgment with him.

These verses describe the certain victory of the Lamb over his enemies.

The sword’s coming from his mouth indicates that Jesus’ words are the basis for judgment. You know how words can sting and hurt; that’s the image here—Jesus’ words sting and hurt but differently than when someone hurts our feelings. Jesus words will judge us—“The one who rejects me and does not receive my words has a judge; the word that I have spoken will judge him on the last day” (John 12:48).

This passage depicts the judgment of Rome as a certainty—Jesus has enough power to do so and he has enough help to do so.

When this world comes to an end, the judgment of the world is certain. Jesus has enough power to do so and he has enough help to do so. Will you be ready for that judgment?