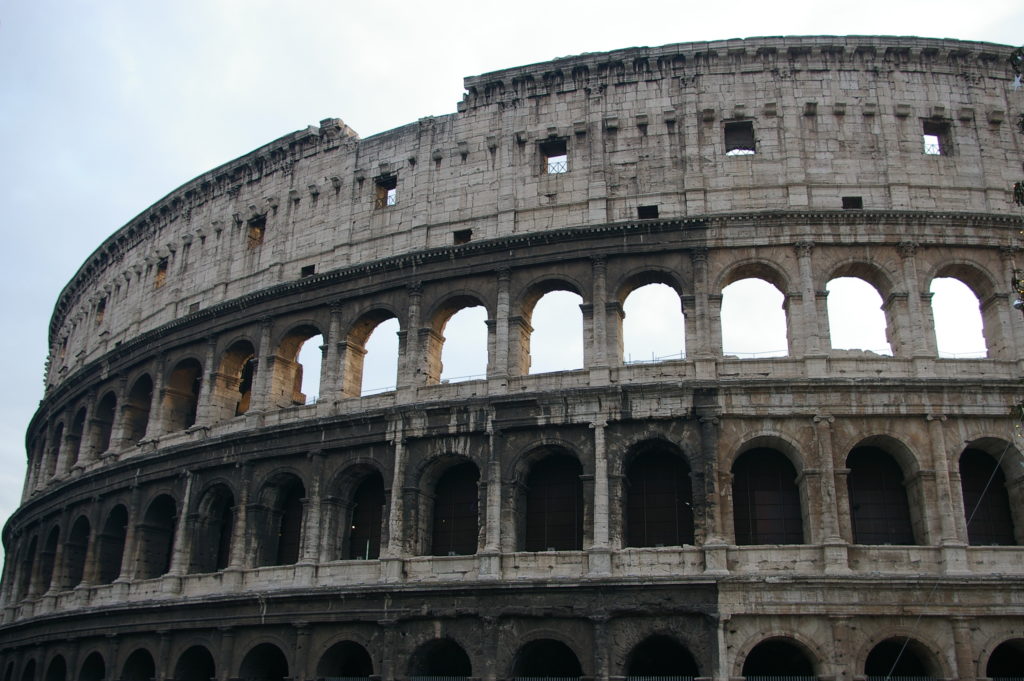 War has been a way of life since time began. A statistician reported that in the 5,560 years of recorded history, there have been 14,531 wars. During these wars 3,640,000,000 have been killed. The United States has atomic submarines in most every ocean carrying atomic warheads. One submarine can lose in 16 minutes more explosive force than all the bombs and ammunition exploded by all the nations in World War II. Although war is horrible, men will continue to tight war until the Lord comes back.

But as horrible as war is, war has been used by God to achieve his purposes. The Israelites went to war against the inhabitants of Canaan and gained the Promised Land. God sent the Romans against Jerusalem to punish the Jewish people for not following his Son. In our text this evening, we have a case where God used war to accomplish his purposes. Here, he is sending judgment upon Rome for her mistreatment of Christians. Let’s examine this text to see what lessons we can learn for today.

The Judgment of Conquering, vv 1-2

When the Lamb opened the first seal, John heard a voice saying, “Come!” This command to come is more than likely is addressed to the horseman, not to John.

John looked and saw a white horse. The rider had a bow and was given a crown; the rider went forth conquering and to conquer. Some want to say he rider here is Jesus. In Revelation 19, Jesus is depicted riding on a white horse, and there are many similarities between these two texts. However, this cannot refer to Jesus, because he is opening the seals, and the other three horsemen seem to build on this one. The other horsemen bring disaster, and that seems to be the meaning here.

There is an obvious reference to war in this imagery.

What is the meaning here? The idea seems to be a threat of foreign invasion against Rome. The Parthians had won a major victory in AD 62 over the Romans.

The Judgment of Slaughter, vv 3-4

When the Lamb opened the second seal, a fiery red horse went out. To the rider was granted to take peace from the earth that people should kill one another, and the rider was given a great sword. The red color of this horse probably represents blood that will come about because of the slaughter this horseman brings. This horseman took peace from the earth. The taking of peace from the earth could be a reversal of the Pax Romana, the Roman Peace, begun by Augustus. When the Greek verb here translated “slay” is used regarding people, the idea is severe violence and savagery. The idea here is that the Roman Empire would be plunged into turmoil where killing was common.

The rider was given a great sword. The sword mentioned here is the short Roman sword symbolic of violent death. war. and the power to punish evildoers. Roman emperors carried swords as part of their attire.

What is the meaning here? The idea seems to be civil war. Just as the first horseman represented foreign invasion, this horseman represents civil strife in the Empire. In AD 68-69, at the end of Nero’s reign, there was great civil disorder within the Roman Empire.

The Judgment of Famine, vv 5-6

When the Lamb opened the third seal, John saw a black horse. and the rider had a pair of scales. This horse is black, for black symbolizes death. We wear black to funerals. The pair of scales this rider carries would be used to measure wheat and barley. The voice coming from the midst of the living creatures is more than likely God’s; he is the one in the midst of the four living creatures. A voice came from the midst of the four living creatures, saying, “A quart of wheat for a denarius, and three quarts of barely for a denarius, and do not harm the oil and wine!” The prices of wheat and barley are about 12 times normal; the idea is that food is so scarce one can hardly avoid buying it. Not harming the oil and the wine probably has reference to the luxuries in life. Olive oil and wine were luxuries in the Roman world. The idea is that although food is terribly scarce the luxuries abound.

What is meant by this? Famine was going to come upon the Roman Empire. Famine was common in this part of the ancient world, and famine could easily be aggravated by war.

The Judgment of Pestilence, vv 7-8

When the Lamb opened the fourth seal, John saw a pale horse. Death rode on the horse and Hades followed him. Power was given to them over a fourth of the earth, to kill with the sword, with hunger, with death, and by the beast of the earth. This pale horse is literally “pale green.” This is the color associated with the sick. Death rides on this horse, and Hades follows him. That Hades follows Death probably shows that Death has dominion over Hades. The idea is that Hades, the realm of the dead, is the kingdom, and Death is the king.

What is meant by this? Great distress was coming on Rome; many Romans were going to die. Rome would be brought to her knees.

What are we to learn in this century from these first four seals? At first glance, there may not seem to be any reason to preach from this text, for applications are difficult. But, there is a very comforting application to today’s world—God avenges his people. What we have here is God bringing judgment against Rome for her persecution of Christians.

God will judge those who persecute his people today. God will not bring physical judgment against them, as he was going to do—and from our standpoint, has—to Rome. But, God will bring judgment upon those who wish us harm. “God considers it just to repay with affliction those who afflict you” (2 Thessalonians 1:6). “When he suffered, he did not threaten, but continued entrusting himself to him who judges justly” (1 Peter 2:23). Those who make fun of us, who give us a hard time for being a Christian, God will execute judgment upon them.

Are you his child? Will God avenge you?