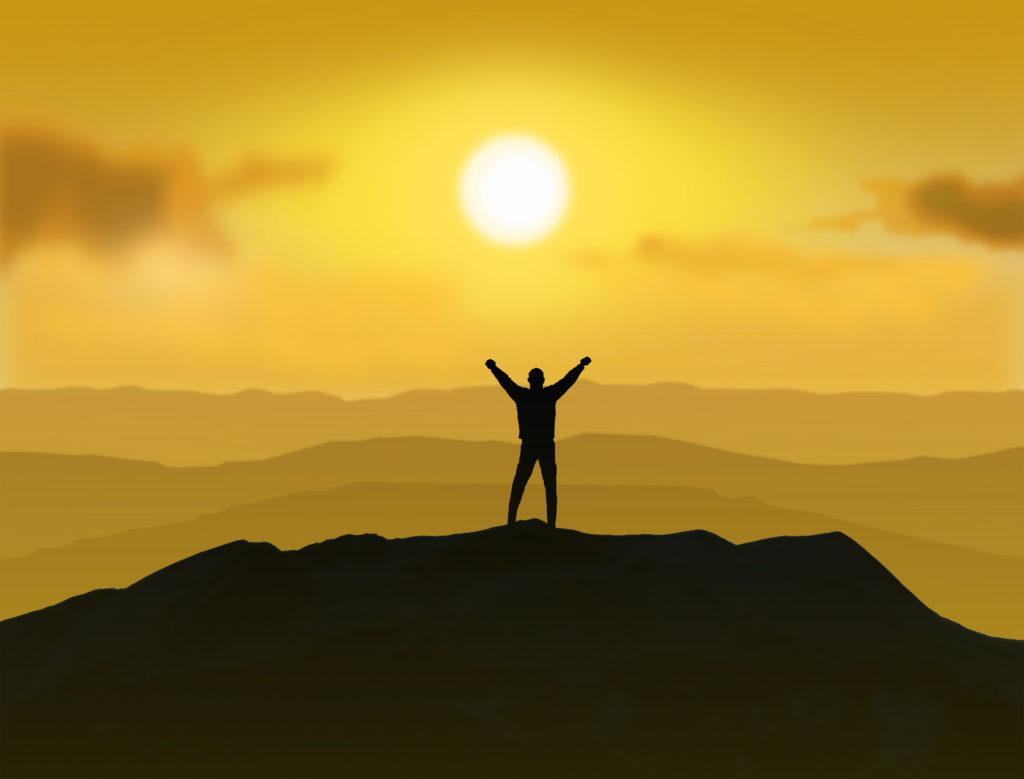 Justice Gray of the Supreme Court once had a man come before him when he served in a lower court. The man, although guilty, could not be convicted of his crime based on a technicality. Justice Gray said to him, “I know that you are guilty, and I wish you to remember that one day you will stand before a better and wiser Judge. There you will be dealt according to justice and not according to law.”

When the Lamb opened the sixth seal, there was a great earthquake. Earthquakes often appear as a sign of God’s judgment. Isaiah 24:19-20.

We need to be ever so cautious about making this too literal an understanding, for Peter used similar language to refer to Pentecost (Acts 2:16-21).

The sun became black like sackcloth of hair. Sackcloth was a rough cloth made from the hair of a black goat and worn in times of mourning. The idea could very well be that the sun is in mourning, for God’s wrath is going to devour the earth. The moon became like blood—this deep blood-red color of the moon would result from whatever in the atmosphere caused the sun to be darkened.

The stars of heaven fell to the earth, as a fig tree drops its late figs when it is shaken by a mighty wind. Falling stars often referred to God’s judgment. The word for fig here refers to the unripe, green figs that appear in the winter and drop off in the spring. The idea is that the stars fell to the earth with the same ease that unripe figs fall to the earth.

The sky receded as a rolled-up scroll. Every mountain and island was moved from its place.

To what exactly does this seal refer? This cannot be the end of the world, for men in verses 15-17 have time to call to the mountains and rocks to fall on them, but the Lord’s coming will be sudden!

W. B. West, Jr., who served as the dean of Harding Graduate School of Religion in Memphis says this could easily refer to the eruption of Mt. Vesuvius and the destruction of Pompeii and other surrounding cities. One must readily admit that the imagery here—the great earthquake, the sun and moon’s being darkened, and the removal of mountains and islands—sounds as though a volcanic eruption could be in play. Although Brother West could easily be correct, I’m reluctant to pinpoint this seal to a certain historical event.

We can say with certainty:

Great multitudes of men hid themselves in the caves and in the rocks of mountains.

The seven groups mentioned here cover the entire fabric of society, from the emperor on down. The meaning here is that everyone faces God’s wrath—no one can escape. The emperor cannot escape God’s judgment, neither can the lowest slave. Likewise, all people will face God’s judgment at the end of the world. “We shall all stand before the judgment seat of Christ” (Rom 14:10). “And I saw the dead, small and great, standing before God, and books were opened” (Rev 20:12).

These men call to the mountains and rocks, “Fall on us and hide us from the face of Him who sits on the throne and from the wrath of the Lamb!”

These men would rather be annihilated than face God’s wrath. This shows how fierce God’s wrath must really be. We know God’s wrath to be fierce indeed. “It is a fearful thing to fall into the hands of the living God” (Heb 10:31). Jesus will be “revealed from heaven with His mighty angels, in flaming fire taking vengeance on those who do not know God, and on those who do not obey the gospel of our Lord Jesus Christ” (2 Thess 1:7-8). If we do not live obediently to Christ, we will face God’s judgment. If there would be time, we would call upon the mountains and rocks to fall upon us!

God and the Lamb are presented as loving in Scripture and specifically in Revelation. For example: “As many as I love, I rebuke and chasten” (Rev 3:19). The Lamb gave himself to redeem mankind (Rev 5:9), and if that isn’t love, pray tell me what is!

Because God has a fierce side, we need to be certain that we live in such a way that we never see that side. If we are faithful to Jesus, we shall never see his vengeance or his wrath. We may see it executed on others, but we will never see it executed against us. Are you living faithfully to Jesus? Will he execute vengeance against you?

The great day of his wrath has come.

The great day of the Lamb’s wrath has come. There must be some irony here, for when we think of lambs we do not think of vicious animals, but this lamb is extremely vicious. This demonstrates something: To the Christian Jesus is not vicious, but he is as gentle as a lamb; but, for those who do not obey him, the Lamb is vicious and vengeful.

The men of the earth cry out, “Who is able to stand?” The answer is obvious—they can’t!! They have sinned against God and his people, and thus they face his wrath.

But, chapter 7 answers that question more clearly. Those who are God’s people are numbered before catastrophe comes upon the earth. This numbering is obviously for the protection of God’s people, for an angel cries out to the four angels who are about to bring catastrophe, “Do not harm the earth, the sea, or the trees till we have sealed the servants of our God on their foreheads” (7:3). God’s people will be safe and secure when the day of God’s wrath comes.