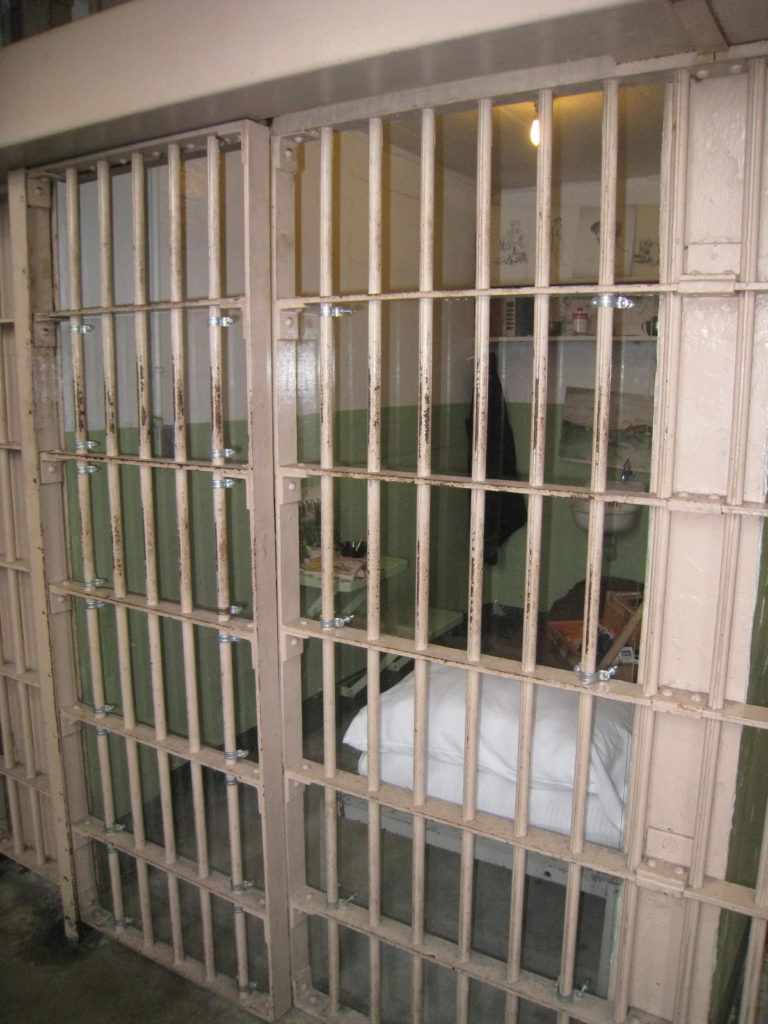 Judgment is often not given out fairly. Many times, it seems that those who are convicted of cruelty to animals spend more time in prison than those who are convicted of murder. Tonight’s text, however, deals with an arrest and imprisonment which are very much deserved—Satan is arrested and bound. We want to think about Satan’s arrest and binding to see what lessons we can learn.

The Angel Who Binds, v 1

“Then I saw an angel coming down from heaven, having the key to the bottomless pit and a great chain in his hand.”

An angel came down from heaven. Some want to see this angel as Christ. In one way, that makes sense, for we would think of him as the One who would have the power to take hold of the dragon and seize him. However, Jesus is never depicted as an angel in Revelation, so we would be extremely unwise in seeing him as the angel here.

That this angel comes down from heaven demonstrates that he has divine authority—this angel is acting on God’s behalf and with God’s full authority.

The angel has divine authority and is going to arrest Satan with the power he received from God.

The angel laid hold of the dragon, that serpent of old, who is the Devil and Satan, and bound him for a thousand years.

This angel not only received the authority from God necessary to bind Satan; he actually succeeded in arresting him.

Satan is given several descriptions:

He is the dragon.

As a dragon, Satan is ferocious and fierce; dragons have always been depicted in mythology as fierce creatures.

Th epicture here obviously draws upon that ancient mythology to depict Satan as fierce and dangerous. “Be sober, be vigilant; because your adversary the devil walks about like a roaring lion, seeking whom he may devour” (1 Pet 5:8). Satan is not some little guy dressed up in a red suit; he is a fierce being with whom we must contend. Let us put on the whole armor of God (Eph 6:11) that we may be able to resist the devil!

He is that serpent of old.

This reference to the serpent obviously calls to mind the Genesis narrative where the serpent deceived Eve.

This description of the serpent probably serves to illustrate the deceptive nature of Satan; the serpent, he deceived Eve, and he has deceived mankind ever since. When Satan tempted Jesus in the wilderness, he attempted to deceive Jesus by twisting the Scriptures (Matt 4:6). Satan “was a murderer from the beginning, and does not stand in the truth, because there is no truth in him. When he speaks a lie, he speaks from his own resources, for he is a liar and the father of it” (Jn 8:44). “Satan himself transforms himself into an angel of life” (2 Cor 11:14). Satan’s deceptive work is seen in this text; he was bound “so that he should deceive the nations no more till the thousand years were finished” (v 3).

He is the Devil.

Thus, as the devil, Satan accuses or slanders the people of God. Do you remember how he accused Job—how he said, “God, he only serves you because you’re so good to him. Quit being so good and he’ll curse you”? Without any doubt, Satan continues to accuse the saints of God—to say, “If only I do this, he’ll fall. If only I put this temptation in her way, she’ll leave the Lord.”

Satan is our adversary, our opponent. “Then he showed me Joshua the high priest standing before the Angel of the LORD, and Satan standing at his right hand to oppose him” (Zech 3:1). Satan continues to be our adversary, to tempt us to sin.

This binding of Satan is a symbolic description of his limited power. When Satan went before the Lord to tempt Job, Satan could only do what God allowed him to do: Satan couldn’t inflict whatever tragedy upon Job that he wanted. “God is faithful, who will not allow you to be tempted beyond what you are able” (1 Cor 10:13). Satan can tempt us; Satan does tempt us, but he cannot do more than what God allows. What a blessing to know that Satan is limited!

The angel cast Satan into the bottomless pit, and shut him up, and set a seal on him, so that he should deceive the nations no more till the thousand years were finished.

Satan was cast into the bottomless pit. The abyss is the dwelling place of demons. The legion of demons in the man who lived in the country of the Gadarenes begged Jesus not to send them into the abyss (Lk 8:31). “God did not spare the angels who sinned, but cast them down to hell and delivered them into chains of darkness, to be reserved for judgment” (2 Pet 2:4). This is the place Satan belonged, so the angel bound him there.

The angels hut Satan up and set a seal on him. The entrance to a prison was often sealed in the Ancient Near East to prevent any attempt at escape or rescue passing unobserved This sealing of Satan means that he will not be able to escape from the abyss until God allows him out.

He was able to deceive the nations no more till the thousand years were finished. The message here is that the persecution these early Christians endured would come to an end. From the time o Constantine there has not been a systematic attempt to persecute Christians.