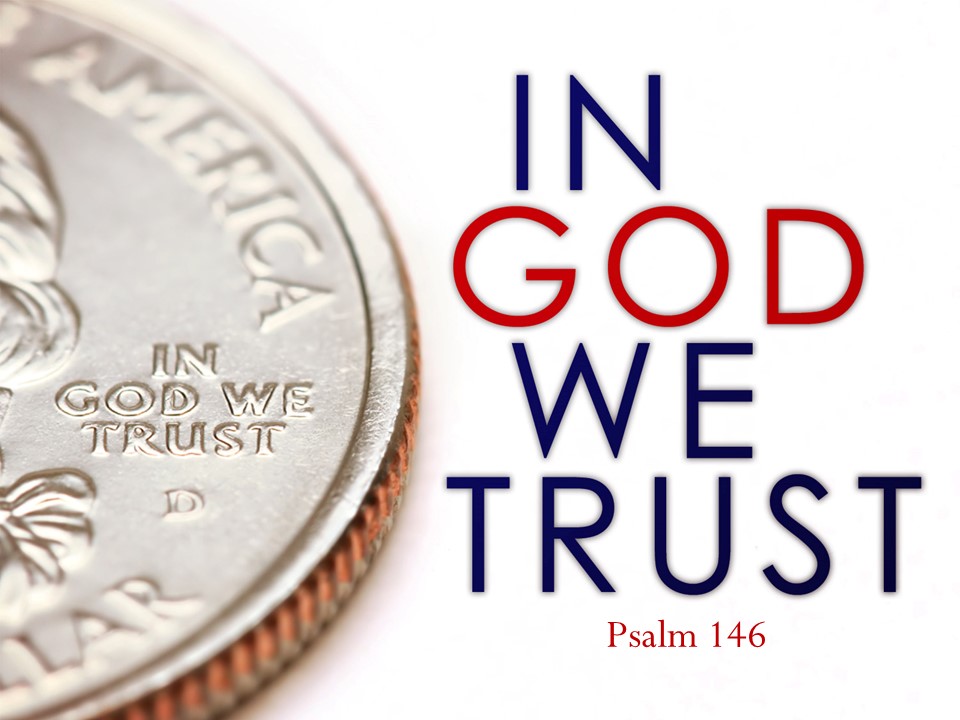 I will stand in line and vote Tuesday. I’m thankful that we have the privilege of electing our leaders. My mind is made up and it shouldn’t take me more than a minute to mark my choices.

I’m something of a political junkie. Politics has always interested me. I’ve always kept up with campaigns. I’ll stay up quite late Tuesday night watching results.

But I really hate politics. Politics tends to divide the body of Christ-I know Christians supporting four different presidential candidates. I’ve become disillusioned with a bunch of politics. I’ve believed in some candidates big time and some of those candidates disappointed me after they were elected. It seems that many folks can’t agree to disagree-they get vicious, call names, and sling mud.

Maybe you’re like I am this morning. You know for whom you’ll vote and why, but you’re tired of the mudslinging and viciousness. Maybe you’ve been “burned” by a candidate.

This morning’s text reminds us: “Trust in God, not in political leaders.” This psalm teaches us that God reigns, God provides for his people, and government leaders come and go.

It would be really interesting to know who wrote this psalm and when. We know “dirt” on many of Israel’s leaders. Saul tried to kill David and took spoil from the Amalekites. David had an affair, killed the woman’s husband, and then participated in a cover up. Solomon married foreign women who turned his heart away from God. That’s only the first three kings!-Time prevents a complete run down of evil Israelite kings. Those kings could never do what God could do and trust in them was misplaced trust. The inspired author reminds us not to put our trust in political leaders. “Trust in God, not in political leaders.”

The psalm begins and ends the same way: “Praise the LORD!” In a world without easy access to books, repetition was a common memory device. Repeating something at the beginning and end of a passage would say, “Here’s the point.” Thus, the entire point of this psalm is praise to God.

verse 2: I will praise the Lord as long as I live

This is important, for the psalmist will compare and contrast the eternal God with temporary rulers.

verses 3-4: Put your trust in God, for he reigns forever

Earthly rulers cannot help, for they do not reign forever. Some prince might be preparing to help you when he dies.

How temporary are our rulers? How many have died before they could finish their terms? Lincoln, Kennedy, FDR. How many Presidents have been defeated for re-election? No matter who is elected Tuesday, he won’t govern forever-But, God does!

Verses 5-6: Put your trust in God, for he is powerful.

It’s hard to get things done in Washington. God doesn’t have that problem-He made the world out of nothing. Whoever the President is spends four years trying to pass an agenda. God spent six days creating the world. The President of the United States is the most powerful man in the world; Our God is much more powerful than he!

verses 7-9: Put your trust in God, for he does the right thing.

Some of what God does seems especially pertinent to modern political discussions:

Do you need the prayers of this church this morning?