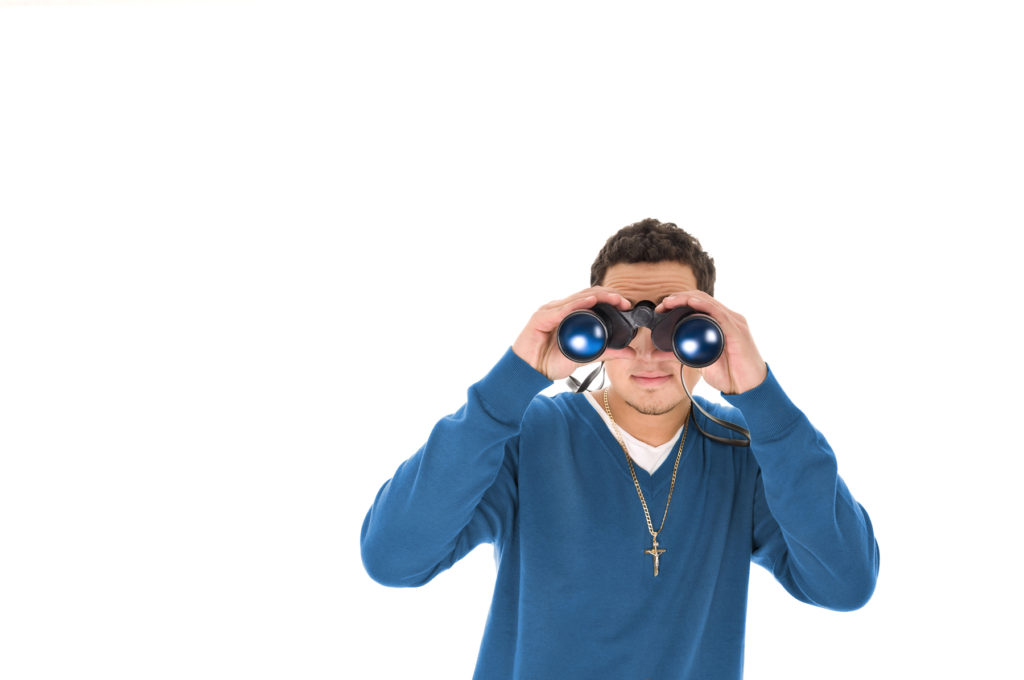 A little boy, when his mother was out, got a chair and climbed up to a shelf in the closet to see if there was anything nice. He saw a small white paper package. He opened it and it was filled with white powder. The boy tasted it and it was sweet; he took more and then put it up again.

The boy soon became sick and complained to his mother. She asked him what he had eaten, and he said, “Some of that sweet sugar in the closet.” The mother exclaimed, “Oh, that’s poison and it will kill you!” The mother sent for a doctor who was able to save the boy’s life.

But, the poison in that story is a lot like sin. Sin tastes so sweet. When Eve was tempted by the serpent in the Garden, she saw that “the tree was good for food, and that it was a delight to the eyes, and that the tree was to be desired to make one wise” (Gen 3:6). She then took of the fruit and ate. About Moses, the author of Hebrews says, the patriarch chose “to be mistreated with the people of God [rather] than to enjoy the fleeting pleasures of sin” (Heb 11:25). There is pleasure in sin!

However sweet sin may taste, sin brings about death. “The soul who sins shall die” (Ezek 18:4). “You were dead in the trespasses and sins in which you once walked” (Eph 2:1-2).

In tonight’s text, the Israelites in the wilderness learn just how much death sin can bring. The Israelites sin against God and God judges them with death. However, that isn’t all there is to the episode, for the people can “LOOK and LIVE.”

The people set out for the Promised Land on quite a “scenic route.” It is impossible to pinpoint the exact location of the Israelites at this point, yet they are simply wandering aimlessly in the wilderness. The reason the people are wandering aimlessly is that they had sinned against God. After Moses sent the twelve spies into Canaan, only Joshua and Caleb said that God would give the land to them; the other ten spies said the people were far too strong for Israel to attack, and the Israelites sided with the ten spies. Therefore, God says, “None of the men who have seen my glory and my signs that I did in Egypt and in the wilderness, and yet have put me to the test these ten times and have not obeyed my voice” (Num 14:22).

Because they are wandering about the wilderness, the people become impatient. It’s almost as if the people are saying to Moses, “Are we there yet?” On the one hand, the frustration of the people is quite understandable. God—who had performed so many mighty acts among his people—could have marched his people right through the wilderness, destroyed all the powerful nations who lived in Canaan, and given his people the land that he had promised them.

But, of course, there are other factors involved:

As we’ve already mentioned, the people wandered in the wilderness 40 years because of their sin. By the time, they begin to complain in this text, they might have been in the Promised Land if they had believed that they—with the mighty arm of God—could subdue the pagans in Canaan.

We need to be a patient people. As he dwells within us, the Holy Spirit produces patience in our lives (Gal 5:22). As God’s chosen ones, we are to clothe ourselves with patience (Col 3:12).

Why does Scripture urge us to be patient?

God still tests us. James 1:2-3. God tests us to make us stronger, to make us more like him, and to allow Jesus to shine through us.

It may also be that we struggle because of our own sins. There are real consequences to sin in this life. If we suffer as a consequence of our sin, we have no reason to become impatient with the God who warned us against sin.

The people really get into trouble when they open their mouths. “And the people spoke against God and against Moses, ‘Why have you brought us up out of Egypt to die in the wilderness? For there is no food and no water, and we loathe this worthless food.’” Why did I spend so much time talking about their impatience before I talk about their speech? Simply because it was the people’s impatience that led to their corrupt speech. Evil speech does not just pop out of nowhere; people speak out of their hearts. Matthew 15:18.

The text says that the people speak against God and Moses. Granted, speaking against God is wrong. Exodus 20:7. The beast out of the sea blasphemed the name of God (Rev 13:6).

But, why would God be concerned that the people spoke against Moses? Simply put, blaspheming a leader of God’s people is the same as blaspheming God. 2 Kings 2:23-24. Acts 23:5. Timothy was not to accept an accusation against an elder, except on the testimony of two or three witnesses (1 Tim 5:19). God takes leadership seriously and we dare not speak against those whom God has ordained as leaders.

Do we regret our speech, or are we careful with what we say?

Because the people had blasphemed both God and Moses, the LORD sent fiery serpents among the people. Many Israelites died because of the serpents.

Adam and Eve were cast out of the Garden because they sinned. Because they had sinned,

Because David committed adultery with Bathsheba, killed her husband, and then took her as his wife:

Is God judging you because of your sins?

Notice exactly what the people say; they say, “We have sinned.” They did not, like so many of us, make excuses for their sin: “I was having a bad day.” “I didn’t really mean to do that; it just happened.”

The people ask Moses to pray for them that God might take away the serpents. The people now want Moses’ leadership; they recognize that he has a special fellowship with God and they ask him to use that fellowship to get rid of the serpents.

There is nothing wrong in asking people to pray for us.

Of course, you expect me to mention the case of Simon in Acts 8. After he had fallen back into sin after his conversion, Peter tells him, “Repent, therefore, of this wickedness of yours, and pray to the Lord that, if possible, the intent of your heart may be forgiven you” (Acts 8:22). Notice that Peter doesn’t say that he needs others to pray for him; Simon, because he had come to Christ, could pray for God’s forgiveness himself. Yet, he asked Peter and John to pray for him (Acts 8:24).

Paul often asked churches to pray for him. 2 Corinthians 1:11. Colossians 4:3.

Is it the case this evening that you need us to pray for you—perhaps for your forgiveness or for strength as you face some trial? We’d be more than happy to help.

Moses did pray for the people, and the LORD told Moses to make a fiery serpent set it on a pole and everyone who is bitten who sees the bronze serpent shall live. The Lord, although he has judged his people by sending these fiery serpents upon them, promises salvation through looking at a bronze serpent.

There are some quite intriguing aspects of this text:

First, God promises salvation in the midst of judgment.

In Lamentations, Jeremiah describes the state of Jerusalem after the Babylonians had come. The book is one lament after another of the disaster God brought upon Judea for her sins. Yet, in the midst of those lamentations, we find the hope of forgiveness when we read: “The steadfast love of the Lord never ceases; his mercies never come to an end; they are new every morning; great is your faithfulness” (Lam 3:22-23).

In the midst of this wicked world, God promises salvation. Even though God’s judgment rests upon the sinful, those who abandon their sins and turn to him find salvation.

Third, the Israelites were forced to look upon a picture of their judgment to be saved.

The Hebrew word traditionally rendered “bronze” can be translated “copper.” In all likelihood, the serpent Moses fashioned was copper rather than bronze. God tells him to make a fiery serpent and copper would have been much closer to a fiery color than bronze. Here’s the point: in order to avoid the effects of the snake bite, the Israelites had to look upon a snake that from a distance would have looked like the snake that bit them. They had to look their judgment right in the eyes in order to escape God’s wrath.

For us to escape God’s wrath, we need to look at our judgment right in the eyes. The cross of Jesus saves me from my sin; God was pleased through Jesus “to reconcile to himself all things, whether on earth or in heaven, making peace by the blood of his cross” (Col 1:20). Yet, the cross of cross stands as a reminder of my sin: Isaiah 53:5-6; Galatians 3:13; 1 Peter 2:24.

To be a disciple of Jesus, we must follow him with our crosses. Luke 14:27. We must, in other words, crucify ourselves and follow the pattern of our master. Have you crucified yourself? Are you following the Master?