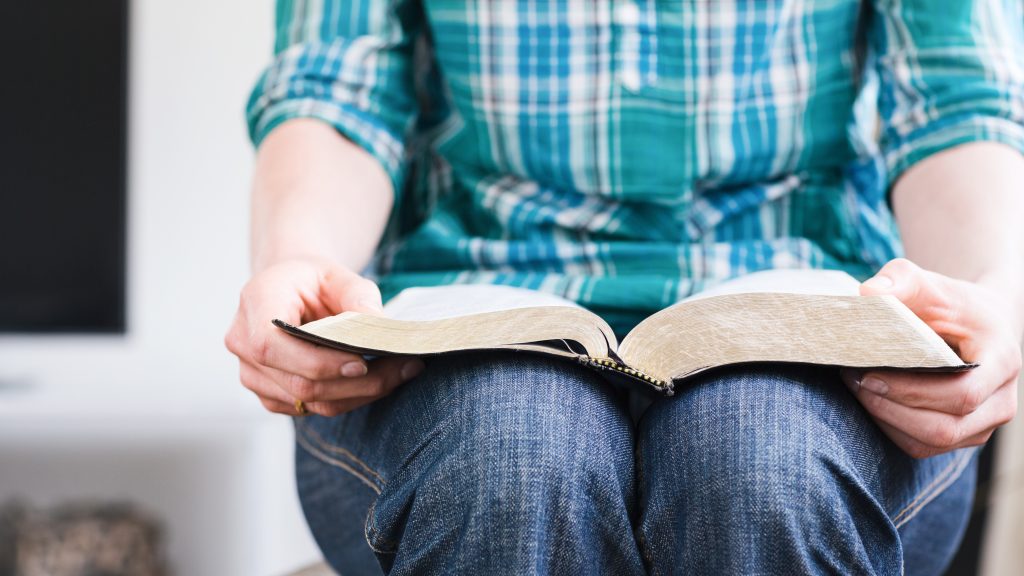 There are many throughout history who have set examples for us in their Bible study. Eusebius said that he heard of one, whose eyes were burned out under the Diocletian persecution, repeat from memory the Scriptures in a large assembly. Beza could repeat all Paul’s epistles in Greek at age 80. Augustine said that after his conversion, he ceased to relish Cicero, his favorite author, and that the Scriptures were his pure delight.

Unfortunately, we live in an age where Bible study is almost a thing of the past. Of the 93% of Americans who say they own a Bible, half have never read it. Only 18% of those who claim to be Christians say they read the Bible daily.

They Had a Proper Attitude Toward Scripture, vv 1-5

The Jews were eager to hear Scripture, or they gathered and told Ezra to bring the Book of the Law of Moses. This episode occurred on the Feast of Booths, when, according to Deuteronomy 31:10-11, the Law was to be read and the covenant renewed. Thus, the people asked Ezra to do what God had commanded.

Notice also that all the people were there: Children and everyone else who could understand attended this assembly. No one stayed home because they said, “What they’re doing isn’t that important; I don’t need to go.” The church in this modern age suffers a severe problem with people not being eager to hear Scripture. Many do not attend Bible study on Sunday mornings or Wednesday nights, although Scripture is proclaimed. Many do not return on Sunday evenings although Scripture is proclaimed. How can children of Cod not be eager to hear Scripture? How can we miss an assembly where Scripture will be proclaimed?

We need to show respect during the proclamation of Scripture. We need to be careful about causing disturbances while Scripture is being proclaimed-we need not get up to get a drink of water, talk with our neighbor, read the bulletin, or any such thing. There are going to be times that we must excuse ourselves from the assembly, but we need to be careful not to make it a habit.

Are you eager to hear Scripture, attentive to Scripture, and reverent during the proclamation of Scripture?

They Heard a Proper Preaching of Scripture, vv 7-8

These priests also read distinctly from the book in the Law of God. The priests did not tell a bunch of good stories and then try to find a part of the Law that might apply, they didn’t preach a lot of psychology-they read from the book. Solid preaching today is based upon the Word of God. Paul tells Timothy to “preach the word” (2 Tim. 4:2). Scripture needs to be the basis of what is proclaimed. Although there is a place for stories, psychology, philosophy and the like, the Bible, rather than these extras, needs to be proclaimed.

They Had a Proper Response to Scripture, vv 9-18

When was the last time we wept when we realized we were not what God expected us to be? Do we have deep remorse over our sinfulness, or have we become so numb that we no longer flinch when we hear Scripture proclaimed? Let us have tender hearts that break when we discover we are not what God expects of us!

The people obeyed what they heard from the Law. When the people found written in the Law that they were to dwell in booths during the Feast of Booths the people did so. These people wanted to do what the Lord wanted, and they sought to obey the Lord.

We need to seek to obey the Lord, seek to obey what we read in Scripture. “This day the LORD your God commands you to do these statutes and rules. You shall therefore be careful to do them with all your heart and with all your soul” (Deut. 26:16). “Not everyone who says to me, ‘Lord, Lord,’ will enter the kingdom of heaven, but the one who does the will of my Father who is in heaven” (Matt. 7:21).

What we read in Scripture needs to be obeyed.

During the Civil War, General Lee sent word to Stonewall Jackson that the next time he rode in the direction of headquarters the Commander-in-Chief would be glad to see him on a matter of no great importance. General Jackson received the message and immediately prepared to leave the next morning. Rising very early, he rode the eight miles to Lee’s headquarters against a storm of wind and snow, and arrived just as Lee was finishing breakfast. Much surprised, Lee inquired as to why Jackson had come through such a storm. General Jackson replied: “But you said that you wished to see me. General Lee’s slightest wish is a supreme command to me.” Is God’s slightest wish a command to us? Are we obeying what God desires?