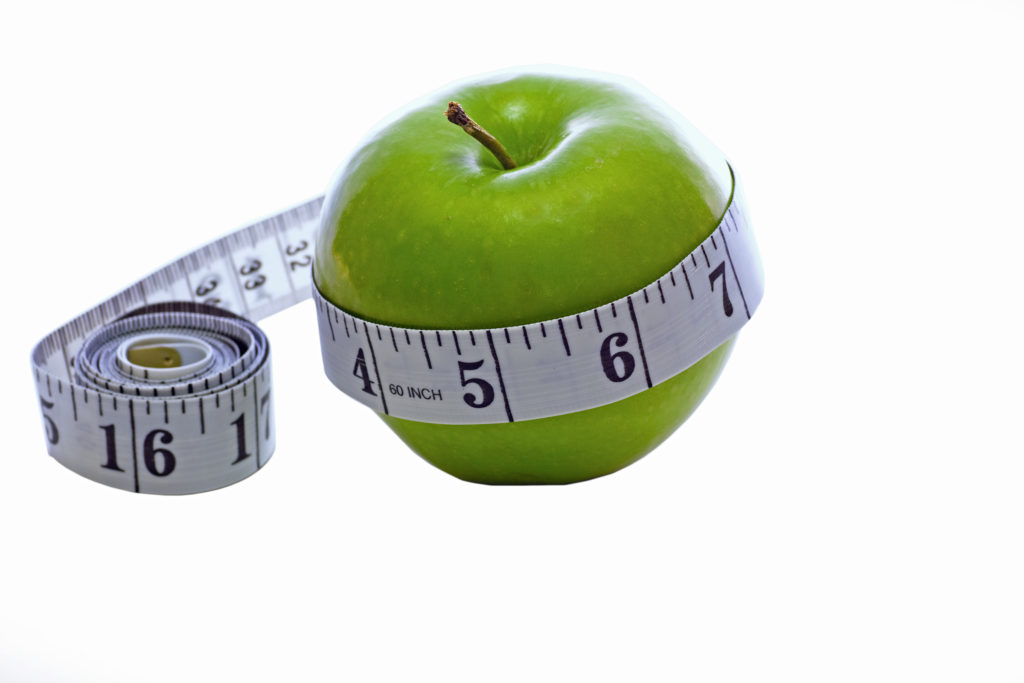 I had a physical back in November. I think I did well just to have a referral to neurology. He said there were a couple referrals he might make after we got the neurological condition under control. But, the one thing that kinda woke me up was that my blood sugar was just barely under the level considered diabetic. I knew that life was going to be so much simpler if we stopped the diabetic slide where we were instead of letting it fester. I thought it wasn’t going to be a good idea to have diabetes and the neurological stuff going on at the same time. I’ve now lost close to 30 pounds, and the doctor has even taken high blood sugar off my list of conditions I buy into the philosophy that “An ounce of prevention is worth a pound of cure.”

I have known individuals who had serious health problems discovered in routine check-ups. Frank Bailey was such an individual. If I remember correctly, Frank was simply changing doctors and the doctor looked him over and found a rather serious cancer. Surgeons were able to remove the cancer, and Frank lived another 10-15 years. Not terribly long ago, I read about a news reporter in New York who underwent a mammogram on live TV to encourage women to have mammograms. This was a young woman, and it was her first mammogram. Yet, there were major problems, and she underwent a double mastectomy.

Some of you may be sitting here because you went to the doctor for a routine check-up and a serious problem was averted. I have no doubt that you could name people you’ve known who had problems discovered at a check-up. In many ways, “An ounce of prevention is worth a pound of cure.”

That principle works spiritually, too. In fact, God through Micah teaches us that “An ounce of prevention is worth a pound of cure.” The more I read this text, the more convinced I become that God is here saying that He prefers prevention of sin over the forgiveness of sin. You know that God is gracious, and He loves to forgive. The Book of Micah concludes with a powerful statement of God’s love of forgiveness—Micah 7:18-20.

In our text, God tells the Israelites, “Why don’t you try living without sin instead of just running to Me for forgiveness?” Here’s the breakdown of the text:

As the people honored each other and God, they would need to offer far fewer sacrifices for sin, for they would have less sin.

“An ounce of prevention is worth a pound of cure.” Let’s go to the text to see how God applies that lesson.

God’s lawsuit against the people, vv 1-5.

The image of God’s bringing a lawsuit against His people is common in the Ancient Near East. In fact, you find this language even in pagan literature about pagan gods; therefore, this would have been a familiar image to the people of Micah’s day.

Notice that all nature is called upon to be a witness between the LORD and Israel. The idea is very likely that even nature can see that Israel has sinned against God. If nature–an inanimate, created thing, a thing without intelligence–can tell that Israel has sinned, surely the Israelites could see that for themselves!

God asks the people what He has done to weary them. In a moment, God will recount in a very brief way His saving acts. Although God has done great things for Israel, the people have rebelled. Notice some of their rebellion: Micah 2:1-2; Micah 3:9-12. Is it any wonder, then, that God calls on Israel for repentance?

God recounts His saving acts. He redeemed them from the land of Egypt with His mighty hand. You recall God’s graciousness toward the Israelites when they were in Egyptian bondage. The Israelites had been in bondage for 450 years, and they groaned. God heard their groaning, and sent to the people Moses, Aaron, and Miriam. Moses and Aaron confronted Pharaoh and God sent great plagues upon the Egyptians. The Israelites came to the Red Sea with the Egyptians in hot pursuit, and God opened the Sea and allowed His people to cross on dry land. As they journeyed in the wilderness, God provided His people with manna, quail, and water. He gave them a pillar of cloud and fire.

God rescued His people from Balak and Balaam. Balaam was a famous seer in Israel, and Balak at least believed that Balaam could bless and curse at will and whatever he said would come to pass (Num 22:6). Balak, King of Moab, was afraid because the Israelites were moving right next to him, and he calls Balaam to curse them. You know that God stopped Balaam in his tracks–sending an angel to stand before his donkey and even opening the mouth of his donkey so that the donkey spoke to Balaam.

God wants His people to remember what happened from Shittim to Gilal. The New King James for some odd reason translates Shittim here as “Acacia Grove,” but the Hebrew is Shittim. Shittim was Joshua’s camp east of the Jordan River. Gilgal was the place the Israelites crossed the Jordan. Therefore, from “Shittim to Gilgal” would remind the people of the Conquest and how God gave them the Promised Land.

In these verses, the people of Israel are seen as repenting of their sin, and they want to know how to make things right.

Shall they come before the Lord with thousands of rams and ten thousand rivers of oil? Only Solomon was able to offer such sacrifices to the LORD (1 Ki 8:63). The idea is likely intentionally that there is no way that these Israelites could offer enough sacrifices to atone for their sins–You know that’s true: Only in Jesus, the perfect sacrifice, is there true forgiveness.

Should the Israelites give their firstborn for the transgression of their souls? Firstborn sons were special in the Old Testament, for in that firstborn was the promise of fertility and life (Ex 13:1). I don’t believe for a second that this text was condoning human sacrifice. God condemned human sacrifice on the penalty of death (Lev 20:2-5). The idea is that there is absolutely nothing to atone for sin. You know in the Old Testament that was very true: “It is not possible that the blood of bulls and goats could take away sins” (Heb 10:4). Only in the sacrifice of God’s Firstborn–His only Son–is there true forgiveness of sins.

Instead of worrying about these great sacrifices, God wants His people to live right before Him. That’s really why I think this passage is about prevention. You understand that in the Old Testament, there were sacrifices for sin, but God declares He’d rather you live right and not need all those sacrifices for sin.

Notice also that the three things God requires all have to do with either our fellowman or with God. All sin harms either our relationship with God or with other people.

“An ounce of prevention is worth a pound of cure.” How do we apply that lesson to the modern world? This is an easy one, because God through Micah spells it out exactly.

One: We do justly.

That is, we treat everyone with respect and dignity, for everyone bears the image of God.

Sadly, many churches treat people vastly differently based on skin color or economics or some other factor. I was preaching in Kentucky when Tubby Smith was hired as the basketball coach at the University of Kentucky. Some of my brethren had very disparaging things to say about Tubby just because of his skin color. I understand that I was raised in a different era–schools had been desegregated for many years when I went to school–but that was hard for me to hear.

I preached at one church that was segregated based on economics and looks. It was the most segregated church I’ve ever preached in. If you were well-to-do and paid attention to all the latest fashions (and wore them), you were accepted. If not, you were on the outside looking in.

In the church of our Lord, it ought not to be so! James 2:1-9. Do justly. Go out of your way this week to treat everyone with kindness and respect.

That is, we forgive those who have wronged us. Forgiveness is the way of Jesus. Matthew 6:14-15. “Whenever you stand praying, if you have anything against anyone, forgive him, that your Father in heaven may also forgive you your trespasses” (Mk 11:25).

This week, work on forgiving someone who has wronged you–maybe your spouse, maybe a coworker, maybe a parent, or an in-law. I want you to replay in your mind that wrong you’re carrying, but I want you to try to see things from the other person’s perspective. It might be that person had a good reason for the word or action, or, at least, believes that s/he does. It might be that the perceived wrong was inadvertent, and the other person doesn’t even know s/he has wronged you.

I want you to spend serious time praying for that other person–Pray that God will richly bless him/her; it’s so hard to remain angry at someone when you’re praying for God’s richest blessings upon him/her.

Get your frustration out. Write a letter to that person that you never intend to mail. Put all your frustration and anger into that letter. Then, throw it away. Imagine the person is sitting in the chair next to you, and have it out with him/her. Get rid of the acid of unforgiveness.

Three: We walk humbly with our God.

Walking humbly with God is a big process that involves drawing closer to Him while we understand who we are and Who He is.

I don’t believe there’s a better way for that to happen than in prayer. Think about something you really feel you need in life, and spend serious time praying about it each day this week. Don’t be trivial or disrespectful to God. Instead, focus on something you really believe you need in life–health, better relationship with family, a new job, etc.

After that, pray the difficult thing Jesus prayed in the Garden. “O My Father, if it is possible, let this cup pass from Me; nevertheless, not as I will, but as You will” (Matt 26:39). That prayer understands that God’s will is perfect, that God knows far better than you ever will, and that God’s way is best.