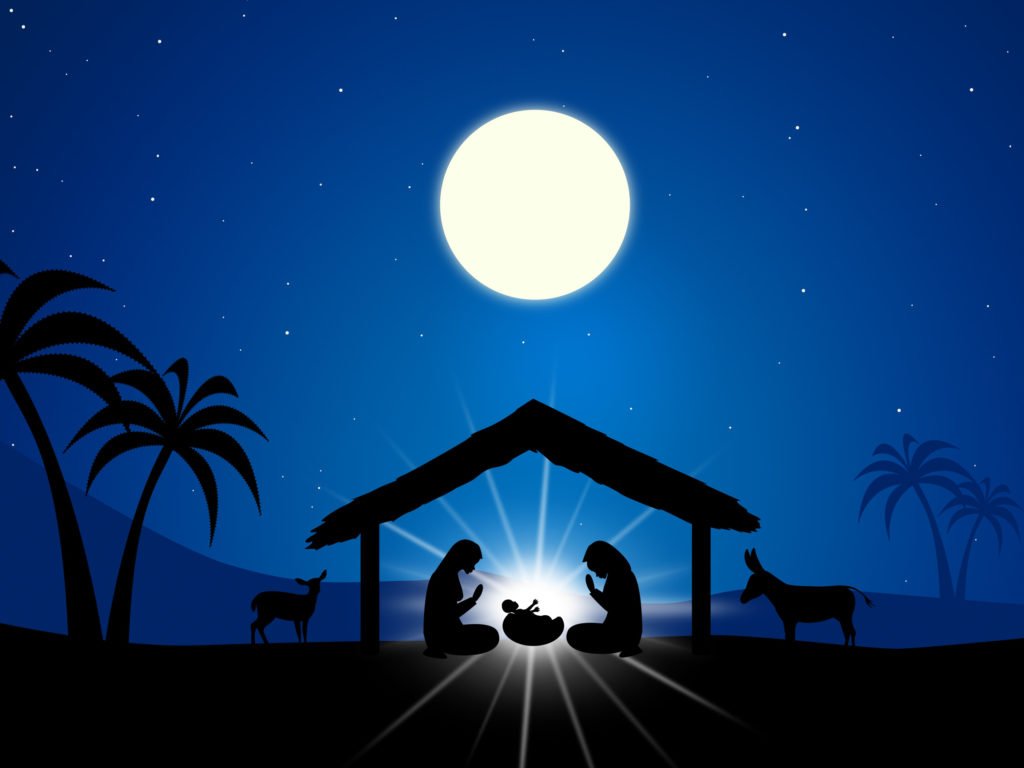 But, Scripture does say some things about the birth of our Savior, and we want to focus on what Micah says in 5:1-2 about “A Birth in Bethlehem.”

Our passage this morning comes right after a pronouncement of judgment (in fact, one often finds comfort after judgment in Micah). Notice Micah 4:10 where Micah predicts the Babylonian Captivity. Although the Captivity was a relatively short period of time (70 years), many would die in Captivity, and countless people lived all their lives in Captivity.

But, there was coming a Ruler from Bethlehem. The king of` Judah would be deposed (notice verse I) – “They will strike the judge of Israel [the king] with a rod on the cheek”, the kingdom would be taken into Captivity, but One would come whose kingdom would not be taken from him. This had to be a great source of comfort for the Israelites. Imagine the pain of hearing that your homeland would be ravaged by conquerors and that your ruler would be deposed. But, there was coming a King who would be the Messiah, the deliverer. The Messiah gave these Jews great hope.

Is Jesus your hope?

The Birth was in Obscurity

The birth of Jesus was in obscurity. He did not choose a great entrance into the world – he was born in a small village, born of a virgin, born in a stable. Except for the announcement to the shepherds and the star the wise men followed, we find no miraculous announcement of the birth of the King of Israel.

No doubt, Jesus’ obscure birth resulted from his desire to be humble. Jesus demonstrated the utmost humility during his earthly ministry. “Take My yoke upon you and learn from Me, for I am gentle and lowly in heart, and you will find rest for your souls” (Matt. 11:29). “You know the grace of our Lord Jesus Christ, that though He was rich, yet for your sakes He became poor that you through His poverty might become rich” (2 Cor. 8:9). “And being found in appearance as a man, He humbled Himself and became obedient to the point of death, even the death of the cross” (Phil. 2:8).

From Jesus, we learn much about our need to be humble. We need to demonstrate the utmost humility in our lives; we dare not think we are more than we are. “Be kindly affectionate to one another with brotherly love, in honor giving preference to one another” (Rom. 12:10). “Let nothing be done through selfish ambition or conceit, but in lowliness of mind let each esteem others better than himself”‘ (Phil. 2:3).

The Birth Would Result in Rule

“Yet out of you shall come forth to Me The One to be Ruler in Israel.”

Jesus would be Ruler in Israel. Jesus demonstrated authority throughout his earthly ministry. “So it was, when Jesus had ended these sayings, that the people were astonished at His teaching, for He taught them as one having authority, and not as the scribes” (Matt. 7:28-29). “The Son of Man has power on earth to forgive sins” (Matt. 9:6). “All authority has been given to Me in heaven and on earth” (Matt. 28:18).

Jesus is Ruler in the church, the new Israel. Ephesians 5:23-24. “He is the head of the body, the church, who is the beginning, the firstborn from the dead, that in all things He may have the preeminence” (Col. 1:18).

Have you fully submitted to the reign of Christ?

The Birth was in Human Form

“Whose goings forth are from of old, From everlasting.” The expression “to go forth” means primarily “to conduct one’s activities.” In other words, Jesus was active before his incarnation. This birth was in human form in that Jesus existed long before his birth in Bethlehem; he is eternal, he has always existed and shall always exist. “In the beginning was the Word, and the Word was with God, and the Word was God” (Jn. 1:1). “Most assuredly, I say to you, before Abraham was, I AM” (Jn. 8:58). “I am the Alpha and the Omega, the Beginning and the End, the First and the Last” (Rev. 22:13).

Jesus’ eternity means that he is God. One who is eternal must be God. As we read Scripture, we discover that in fact Jesus is divine; he is God. “Take heed to yourselves and to all the flock, among which the Holy Spirit has made you overseers, to shepherd the church of God which He purchased with His own blood” (Acts 20:28). “But to the Son He says: ‘Your throne, O God, is forever and ever” (Heb. 1:8)- the Father calls the Son God.

Jesus’ divinity means that God has become man and dealt among the creation. God has endured the same temptations we endure, the same frustrations we endure, the same heartbreak we endure. God, in the Person of Jesus Christ, has lived as a man and he understands what it’s like to live as a man. “We do not have a High Priest who cannot sympathize with our weaknesses, but was in all points tempted as we are, yet without sin” (Heb. 4:15). When we stand before the Judgment, we will not be able to say, “God, you didn’t know what it was like. It was just too hard to do what you wanted.” We won’t be able to say that, because God in the Person of Jesus Christ experienced life as a man.

That birth in Bethlehem is important in human history – it is important because God became man, and a few years later he would die for man and be raised again.