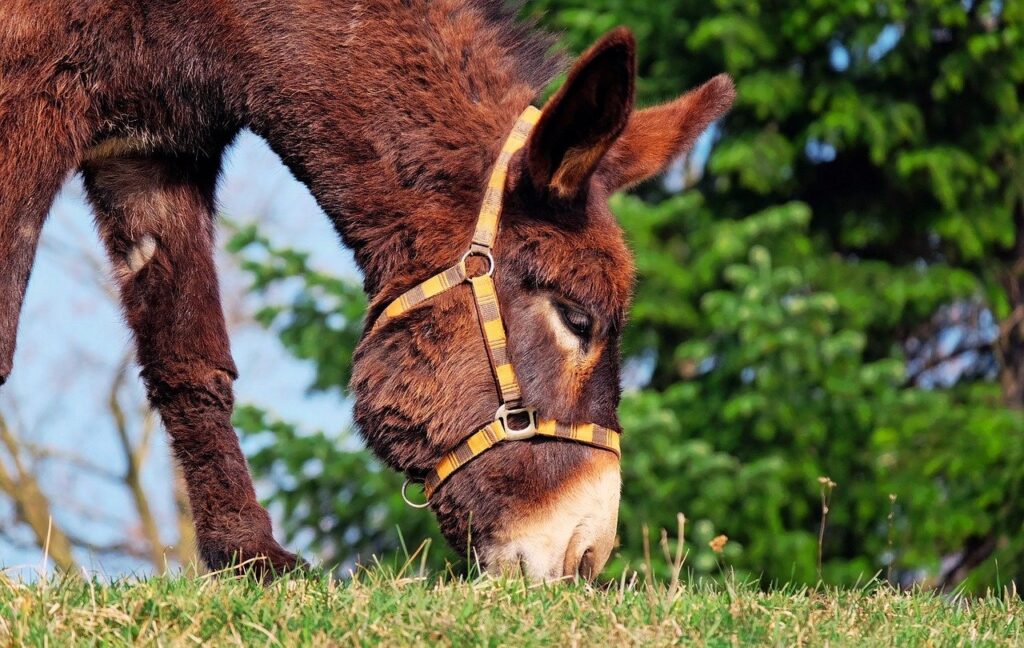 An Indian petitioned a judge of an Arizona court to give him a shorter name. “What is your name now’?” asked the judge. “Chief Screeching Train Whistle,” said the Indian. “And to what do you wish to shorten it?” asked the judge. The Indian folded his arms majestically and grunted, “Toots.”

That Indian’s identification was important to him, and how we’re known to others is generally important to us. Parents generally spend a considerable amount of time choosing just the right name for their children, and those names often special significance. We generally don’t like being called by the wrong name – RJ had a hard time learning to write “Randall” in school, for his name was “RJ,” not Randall.

The Indian thought his identification was important, we think our identification is important, and Jesus certainly thought his identification was important. Jesus gathered the disciples together and asked, “Who do people say the Son of Man is’?” (Mat 16:13). You know the answer he wanted and finally received from Peter: “You are the Christ, the Son of the living God” (v. 16). When Jesus enters Jerusalem just before his crucifixion, we find that Jesus’ identification is important. “When Jesus entered Jerusalem, the whole city was stirred and asked, ‘Who is this?”‘ (Matt 21:10). This morning’s passage answers that question and gives us Jesus’ identity.

Jesus sent two disciples to get a donkey and colt and bring them to him. If anyone said anything to them, they were to say that the Lord needed them, and he would send them right away. Colts which had not yet been ridden were often kept tied next to their mothers; we shouldn’t be at all surprised to find the donkey and her colt tied together. At the Passover, the residents of Jerusalem “rolled out the red carpet” for the pilgrims coming into town; lending a donkey for a stranger to ride would not have been at all unusual.

But, notice that if someone said something to the disciples, they were to say, “The Lord needs them, and he will send them right away.” Jesus, of course, had created the donkey, and if he wanted it, he could go get it. Yet, that is totally out of character; the Lord was kind and compassionate, and he would not have taken – even what was rightfully his – by force. I think, therefore, we should understand “The Lord needs them” as something like “This donkey and her colt are going to be used in the service of God.”

The Lord also promised to return the donkey and her foal. Even with crucifixion looming this week, Jesus was going to do the right thing and return what he had borrowed. Although we have no record of the donkey and foal’s being returned, I’m absolutely confident they were, for the Lord is always true to his word.

Jesus sent the disciples to get the donkey and her colt to fulfill the word of prophecy. The words here come from Zech. 9:9 – “Rejoice greatly, O Daughter of Zion! Shout, Daughter of Jerusalem! See, your king comes to you, righteous and having salvation, gentle and riding on a donkey, on a colt, the foal of a donkey.” Zechariah 9 was generally regarded as messianic by ancient rabbis, and we have confirmation of that here in Zechariah 9.

The people asked, “Who is this?” Jesus is here presented as one who fulfills prophecy. Jesus fulfilled nearly 300 Old Testament prophecies – far too many for us to detail this morning. What is important for us this morning is to notice that Jesus understood his ministry in light of Old Testament prophecy. “Do not think that I have come to abolish the Law or the Prophets. I have not come to abolish them but to fulfill them” (Matt. 5:17). “And beginning with Moses and all the Prophets, he explained to them what was said in all the Scriptures concerning himself” (Lk. 24:27). Those Old Testament prophecies served to point out Jesus and to say, “This is the Messiah.” Indeed, Jesus’ fulfillment of the Old Testament is one way we can be certain that Jesus is indeed the Messiah of God.

The Chinese have an expression: “It’s very difficult to prophecy—especially about the future.” You know how true that it is. You can go to the grocery store on any given week, and the tabloids in the check-out line are probably going to have prophecies plastered all over them. But, how many of those predictions ever come true? How many times in your life has someone predicted the end of the world? I’ve either missed the end or the prophet was badly mistaken. With all of their sophisticated equipment, how many meteorologists get the forecast correct?

That’s really the point with all these prophecies about Jesus. It’s difficult to get one prophecy correct, let alone three hundred! Yet, Jesus fulfilled some three hundred prophecies. Thus, we know who he is: The Messiah of God!

The disciples brought the donkey and her colt to Jesus, and he sat upon them.

A very large crowd spread their cloaks on the road, while others cut branches from the trees and spread them on the ground. As we’ve already mentioned, the “red carpet” was rolled out for pilgrims coming into Jerusalem for the Passover, so some of the reaction to the crowd could be seen as simple hospitality. But, the text makes it clear that the people do more than simply welcome another pilgrim:

Some people placed cloaks on the road and others spread branches on the ground. The spreading of garments represented homage to a king. “They hurried and took their cloaks and spread them under him on the bare steps. Then they blew the trumpet and shouted, ‘Jehu is king!'” (2 Ki. 9:13). This is further indication that the people were regarding Jesus as someone more than an ordinary pilgrim. Branches were also used in homage to rulers; the use of cloaks and branches seems to be an acknowledgment by the people that Jesus is different.

The people shouted out, “Hosanna to the Son of David.” “Hosanna” means something like, “Save, I pray!” Son of David does not refer to Jesus’ ancestry nearly as much as it does to his Messiahship. God had made a great promise to David: “Your house and our kingdom will endure forever before me; your throne will be established forever” (2 Sam. 7:16). Matthew begins his book by affirming Jesus’ Messiahship in these terms: “A record of the genealogy of Jesus Christ the son of David, the son of Abraham” (1:1). Thus, “Hosanna to the Son of David!” is a call for the Messiah to save the Israelites – however, these Israelites probably understand salvation more in terms of victory over the Romans rather than eternal salvation.

The people also shouted out, “Blessed is he who comes in the name of the Lord!” and “Hosanna in the highest!” Both of these expressions come from Psalm 118:25-26. Psalms 113-118 were known as the Hallel. These psalms were recited during the Passover Feast, so these psalms would have been on everyone’s mind. Thus, people took familiar phrases and gave them new meaning in Christ.

The people asked, “Who is this?” Here, Jesus is presented as One receiving adoration. Jesus received praise and worship during his earthly ministry. When Jesus walked on the water and calmed the storm, “those who were in the boat worshiped him, saying, ‘Truly you are the Son of God”‘ (Matt. 14:33). “When God brings his firstborn into the world, he says, ‘Let all God’s angels worship him'” (Heb. 1:6).

Just as prophecy established Jesus to be the Messiah of God, his accepting worship also establishes his Messiahship and divinity. God – and God alone – is worthy of praise: When Satan tempted Jesus to worship him, the Lord replied, “Away from me, Satan! For it is written: ‘Worship the Lord your God, and serve him only”‘ (Matt. 4:10). Yet, Jesus never tells someone, “Oh, don’t you dare worship me.” Peter did that: when Cornelius fell at Peter’s feet, the apostle replied, “Stand up, I am only a man myself” (Acts 10:26). Jesus accepts worship. Why? Because he’s not an ordinary man; he’s the Son of God.

When Jesus came into Jerusalem, the whole city was stirred and asked, “Who is this?” Jesus was better known in Galilee than in Judea; there were many regional differences between the two places in antiquity. Thus, the people in Jerusalem – Judea – aren’t that well acquainted with Jesus, and they ask, “Who is this guy?”

He is also described as the prophet. Jesus often acted as a prophet. A prophet’s main task was not telling the future but to reveal God’s will. Notice how the Lord summarized Jeremiah’s role: “You must go to everyone I send you to and say whatever I command you” (Jer. 1:7). Jesus revealed the will of God: “When you have lifted up the Son of Man, then you will know that I am the one I claim to be and that I do nothing on my own but speak just what the Father has taught me” (Jn. 8:28).

Even though a prophet’s primary role was not future telling, the prophets foretold the future. We have already mentioned the numerous prophecies made concerning Jesus before his birth. Jesus likewise told the future before it occurred; in Matthew 24, Jesus accurately foretells the destruction of Jerusalem at least 40 years before it occurred.

Notice, however, that Jesus is described as “the” prophet rather than “a” prophet. That is significant. Recall, for a moment, Moses’ promise: “The LORD your God will raise up for you a prophet like me from among your own brothers. You must listen to him” (Deut. 18:15). Because of Moses’ promise, “the prophet” became a description of the coming Messiah. Thus, we have yet another indication in that passage that Jesus is the Messiah of God.

The people want to know who is this riding on the donkey. Matthew answers emphatically: This is the Messiah of God.