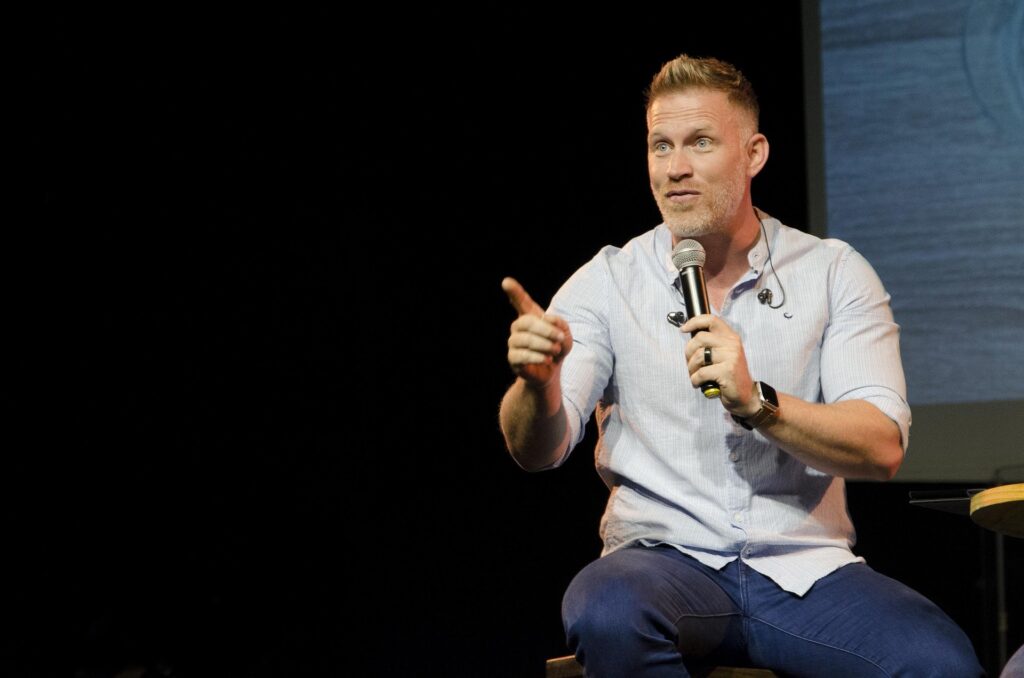 Kondraty Ryleyev was sentenced to be hanged for his part in an unsuccessful uprising against the Russian czar Nicholas I in December 1825. But the rope broke and Ryleyev, bruised and battered, fell to the ground. An accident like this normally resulted in a pardon, so a messenger was at once sent to the czar to inform the monarch of what had taken place. However, Ryleyev received no pardon. After the rope broke and he picked himself up off the ground, Ryleyev boldly declared, “In Russia they do not know how to do anything properly, not even how to make a rope.” The messenger sent to Nicholas I informed the czar of what Ryleyev had said. The czar said, “Well, let the contrary to proven.” Ryleyev was quickly hanged with a better rope.

Ryleyev would have done well to remember that sometimes it is far better to keep our mouths shut. Scripture informs us that we need to guard our mouths. “Whoever restrains his words has knowledge” (Prov 17:27). “The good person out of his good treasure brings forth good, and the evil person out of his evil treasure brings forth evil. I tell you, on the day of judgment people will give account for every careless word they speak, for by your words you will be justified, and by your words you will be condemned” (Matt 12:35-37). “Know this, my beloved brothers: let every person be quick to hear, slow to speak, slow to anger” (Js 1:19). In this morning’s text, the Lord Jesus informs us that we need to watch our mouths.

“Again you have heard that it was said to those of old, ‘You shall not swear falsely, but shall perform to the Lord what you have sworn.’”

God had said not to swear falsely but to do what you have sworn to do. Jesus doesn’t quote a specific passage of Scripture, but he combines several together. This was a common teaching technique among the rabbis-almost like our using a Thompson Chain Reference Bible. There are two main passages that stand behind Jesus statement here:

There are two points we need to make about this PROCLAMATION:

Jesus reminds his hearers of A PROCLAMATION of Scripture and then he gives them:

Why did Jesus prohibit the taking of oaths? He informs his hearers not to swear by heaven, by earth, by Jerusalem, or by their heads. Because on Mount Sinai, God had said not to take his name in vain, Jews were greatly concerned about the taking of an oath. If something unintentional occurred and they were not able to keep the oath, they feared they were taking God’s name in vain. How many times have we promised to do something and only have some external circumstance far outside our control prevent us from keeping our word?

Therefore, it was necessary for the Pharisees in their wealth of tradition to spell out exactly was and was not a binding oath. The oaths Jesus mentions here were not considered all that binding. If you swore by God, you had to keep it, but if you swore by Jerusalem, you could get out of it without much difficulty. Jesus mentions this elaborate system of oaths in Matthew 23:16-22.

Jesus says that one dare not swear by heaven, for it is God’s throne-Swearing by heaven is the same as swearing by God, for he dwells in heaven.

One cannot swear by Jerusalem, for it is the city of the great king. Throughout the Book of Matthew, the Evangelist is demonstrating Jesus to be a great King; therefore, it seems quite likely that we should take “the great king” to be Jesus. In many respects, Jerusalem in the city of Jesus’ kingship. It was there that he died and was raised, two events absolutely essential to his kingship. It was there, on the first Pentecost, following his Resurrection, that his kingdom was established. Swearing by “the city of the great king” would dishonor the great King.

One cannot swear by his own head, because he is not able to make one hair white or black. Most people in Jewish Palestine had dark hair until their hair turned gray with age. Because we cannot change the color of our hair, we have no power over our head, we cannot rightfully swear by it.

Jesus here puts man right in his place. One can’t swear by things far greater than he is-whether it is heaven or Jerusalem. One cannot swear by things over which he has no power-the created world or the hairs on his head. Jesus simply declares that we aren’t powerful. Therefore, any “oath” needs to be by something over which we have some power-our own selves. Jesus speaks of that in the next sentence.

But, before we look at verse 37, I think it’s wise that we ask the question, “Is it wrong to take an oath?” Some brethren will answer that it is wrong under any circumstances to take any sort of oath, but each adult here has taken an oath. Each time we fill out our income tax forms, we certify, under the penalty of perjury, that what we have reported is accurate. We also sign such documents every time we go to the DMV, vote, or any number of similar activities.

Some believe that if one affirms, he isn’t taking an oath. The Constitution of the United States allows a President-elect to use the words “I do solemnly affirm” rather than “I do solemnly swear.” To date, Franklin Pierce is the only President to have done so. But, the Greek term for “swear” in this text means to take an oath, it doesn’t refer to using the word “swear.” An oath is an oath, whether we use the word “swear” or “affirm.” When the President-elect raises his right hand, it’s called the “Oath of Office,” regardless of what words are used. When one is on the witness stand, he’s “under oath” whether he swore or affirmed.

It is quite intriguing to notice that God has sworn. Several times in the Old Testament God swore, and the New Testament repeats those oaths with the same term we find in this text. “When God made a promise to Abraham, since he had no one greater by whom to swear, he swore by himself” (Heb 6:13). David was “a prophet, and [knew] that God had sworn with an oath to him that he would set one of his descendants on his throne” (Acts 2:30). Furthermore, in Revelation, God sends forth an angel to swear: “The angel whom I saw standing on the sea and on the land raised his right hand to heaven and swore by him who lives forever and ever, who created heaven and what is in it, the earth and what is in it, and the sea and what is in it, that there would be no more delay” (Rev 10:5-6).

I don’t believe that the moral law of the Old Testament is any different from the moral standards of the New Testament. All of the ritual requirements of the Old Testament have been removed by the cross of Jesus. But, it’s still just as wrong to lie or to murder or to commit adultery as it was then. God doesn’t change: “Every good gift and every perfect gift is from above, coming down from the Father of lights with whom there is no variation or shadow due to change” (Js 1:17). The way man approaches God has changed considerably-from a time in which God spoke directly to the heads of families, to a time when he spoke through his prophets and man came with sin offerings, to a time now when he speaks through his Son Jesus Christ and we approach the Father through him. Yet, the character of God has remained unchanged from eternity and will remain unchanged to eternity. If God, in his character, was willing to swear in time past, I’m confident he’d swear today.

If this text isn’t forbidding oaths, per se, what is Jesus teaching? The answer becomes obvious when the Lord speaks of:

“Let what you say be simply ‘Yes’ or ‘No’; anything more than this comes from evil.”

Jesus is calling upon his disciples to live with such integrity that no oath is necessary. Every time I go to the DMV or to vote or am called upon to testify in court, those there likely do not know me well enough to realize my truthfulness. Even if they know I’m as honest as “Honest Abe,” others may come along to examine such records who have no idea who I am; they don’t know if I’m telling the truth or not. However, in my day-to-day associations, that had better not be the case!

Scripture calls upon us to be a people known for our integrity. “Let your light shine before others, so that they may see your good works and give glory to your Father who is in heaven” (Matt 5:16). “Keep your conduct among the Gentiles honorable, so that when they speak against you as evildoers, they may see your good deeds and glorify God on the day of visitation” (1 Pet 2:12).

Scripture likewise calls upon us to be people of the truth. “Having put away falsehood, let each one of you speak the truth with his neighbor, for we are members one of another” (Eph 4:25). “Do not lie to one another, seeing that you have put off the old self with its practices and have put on the new self, which is being renewed in knowledge after the image of its creator” (Col 3:9-10).

If we are people of integrity and speak the truth, we do not need oaths. I don’t need to take an oath so that you know what I say I’ll do. All I will need to do is simply to say “Yes” or “No.” I won’t need God to witness my truthfulness; my life will demonstrate that truthfulness. David spoke of such truthfulness: “O LORD, who shall sojourn in your tent? Who shall dwell on your holy hill? He who walks blamelessly and does what is right and speaks truth in his heart” (Ps 15:1-2).

During his time as a rancher, Theodore Roosevelt and one of his cowpunchers lassoed a maverick steer, lit a fire, and prepared the branding irons. The part of the range they were on was claimed by Gregor Lang, one of Roosevelt’s neighbors. According to the cattleman’s rule, the steer therefore belonged to Lang. As his cowboy applied the brand, Roosevelt said, “Wait, it should be Lang’s brand.” “That’s all right, boss,” said the cowboy. “But you’re putting on my brand,” Roosevelt said. “That’s right,” said the man. “Drop that iron,” Roosevelt demanded, “and get back to the ranch and get out. I don’t need you anymore. A man who will steal for me will steal from me.” That ranch hand did not have truth in his heart? Do you have truth in your heart?