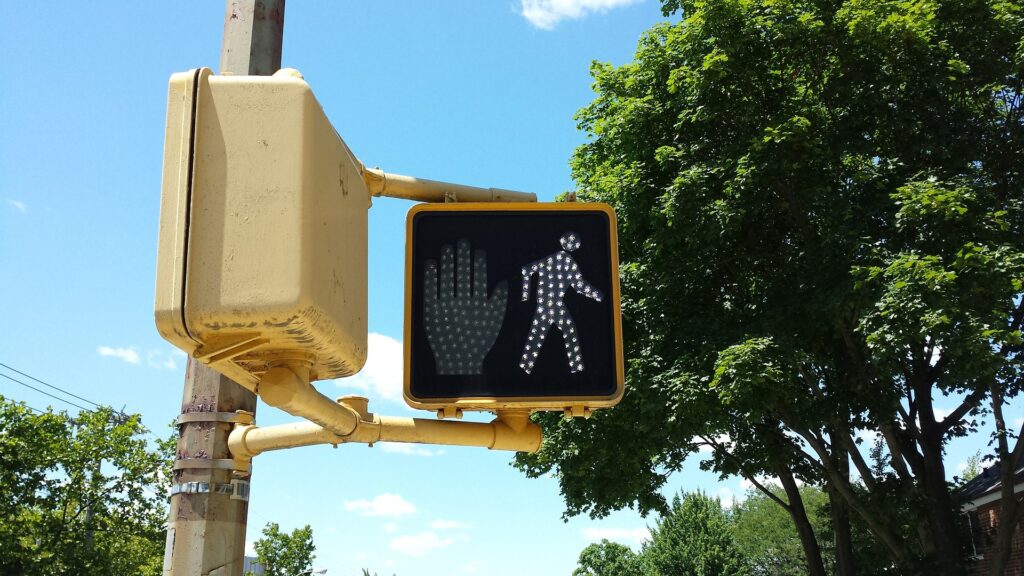 An elder was once getting a red-carpet tour of the brand-new building of the other congregation in town. The preacher of the other congregation pointed with pride to the rich, imported pews and luxurious decoration. As they stepped outside, darkness was falling, and a spotlight shone on a huge cross atop the steeple. “That cross alone cost us ten thousand dollars,” the preacher said with a satisfied smile. “You got cheated,” said the elder. “Times were when Christians could get them for free.”

Indeed, Christians can still get crosses for free. In fact, Jesus calls upon us to get a cross and to follow him with it: “Whoever does not bear his own cross and come after me cannot be my disciple” (Lk 14:27).

In this morning’s text, Jesus calls two sets of brothers to get some crosses and follow him. This episode seems so strange to our modern ears—why would Peter, Andrew, James, and John follow a stranger this way? Jesus is no stranger to these four men. Two of John’s disciples spent an entire day with Jesus (Jn 1:40). One of those two disciples was Andrew who then went and got his brother Peter (Jn 1:40-42). While we are not told the name of the other disciples of John, he was in all likelihood John, the son of Zebedee. Throughout the Gospel of John, John refers to himself in quite cryptic terms, for such was quite common in ancient writing. The fact that he isn’t named here lends great credence to the view that the other disciple was John.

Thus, while these four disciples knew John’s testimony about Jesus, and at least three of them spent time with Jesus, but he had not yet called any of them to pick up their crosses and follow him. In this morning’s text, he does precisely that.

Jesus sees two sets of brothers and calls them to follow him. The remarkable aspect of this text in the first century was that Jesus called these disciples to come to him. That wasn’t the way Jewish rabbis worked in the first century. Rabbis set up shop and disciples came and joined themselves to the rabbi; rabbis didn’t go about seeking students.

He calls these four men to follow him. Again, this is contrasted with the disciple-rabbi paradigm in the ancient world. Our English translations have to put the Greek into the best possible English, but here they don’t do the best job. The literal Greek is “come after me.” The image then is of these four disciples following behind Jesus as he walked about.

That was not the way disciples behaved in Jesus’ day. Disciples strove to become greater than their teachers—that was the whole point of seeking out a famous rabbi: to gain fame and fortune for yourself. Yet, Jesus calls his disciples to a totally different form of discipleship—a submissive following behind him.

What should we learn from the way Jesus called these four men?

We see that Jesus is no ordinary teacher.

Yes, Jesus was technically a Jewish rabbi, and his disciples even referred to him as “Rabbi” from time to time (e.g., Mk 9:5). However, Jesus taught vastly differently than a typical Jewish rabbi. Peter understood this: John 6:68-69. Even Nicodemus understood that Jesus was no ordinary teacher: John 3:2.Because Jesus is no ordinary teacher, we need to pay careful attention to his words. His teachings are both spirit and life: John 6:63. His teachings shall judge the world: John 12:48. There is not another teacher in the world who could ever make such claims—no other teacher in the history of the world can give life and no other teacher speaks so authoritatively that his words shall judge.

We—like Andrew, Peter, James, and John—dare not seek to be in front of Jesus. Following Jesus, therefore, means that we give up our own lives and live as he did. Galatians 2:20. 1 John 2:6. Are we seeking to walk the same way that he walked?

We also see that not everyone was cut out for the work of being an apostle; instead of waiting for men to attach themselves to him like was typically done in the first century, Jesus went and called men to him.

Why did Jesus call these four men? We know that Jesus gave serious consideration to whom he named as apostles, for he spent the entire night in prayer before he named the disciples (Lk 6:12-16). Being a disciple was an important task. Only those uniquely suited for the task were chosen.

There are always tasks uniquely suited for certain people. When he called Jeremiah as a prophet, God says (Jer 1:5). Different individuals have unique talents that allow them to serve in different areas.

Are you using the unique talents God has given you?

The call to Andrew and Peter was not simply a call to walk after Jesus, but he was giving them A BUSINESS—he was going to make them fishers of men.

Fishing was big business in ancient Palestine. Most Jewish people in Palestine depended on salted fish, wheat and barely for their food. Thus, fishermen were very central to the Galilean economy. Notice what Jesus does here: he takes an important part of the local economy and makes it even more important. These four men would no longer simply be catching an important staple in the Palestinian diet, but they would be catching the souls of men.

Andrew, Peter, James, and John carried out this new BUSINESS with vigor.

Likewise, Jesus calls upon us to get in his BUSINESS of fishing for men. Matthew 28:19. Acts 1:8.

How are we doing in that regard? It is said that the average member of the churches of Christ has heard 4,000 sermons, sung 20,000 songs, participated in 8,000 public prayers, and converted zero sinners. Are we no more than average? Or, do we seek to rise above mediocrity to fish for men?

In 1949, John Currier was found guilty of murder and sentenced to life in prison. Later he was transferred and paroled to work on a farm near Nashville, Tennessee. In 1968, Currier’s sentence was terminated, and a letter bearing the good news was sent to him. But John never saw the letter, nor was he told anything about it. Life on that farm was hard and without promise for the future. Yet John kept doing what he was told even after the farmer for whom he worked had died.

Ten years went by. Then a state parole officer learned about Currier’s plight, found him, and told him that his sentence had been terminated. He was a free man. Currier then asked that officer, “Would it matter to you if someone sent you an important message—the most important in your life—and year after year the urgent message was never delivered?” Could our family, friends, and neighbors say the same thing to us? Are we delivering the most urgent message in all the world? Are we fishing for men?

When Jesus calls James and John, “immediately they left the boat and their father and followed him.”

Notice the decisiveness with which they react to this life-altering call. They don’t go and ask Zebedee what he thinks; they don’t ask their father if he has enough hired hands to take care of things without them; they don’t count call their financial planner to make sure they have enough money to change careers. They immediately get out of the boat and begin following Jesus.

Does this not tell us something of the urgency with which we need to act? When it comes to answering the call of Jesus, there is a need for great urgency. This life is so very short: James 4:13-14. The longer we delay in answering his call, the more likelihood we will harden our hearts to his call: Hebrews 3:12-13. Do you need to respond with some urgency to Jesus’ call this morning?

In responding to Jesus’ call, James and John made A BREAK with their careers and their family.

They left their boat.

We’ve already mentioned the importance of fishermen in the Judean economy. Thus, fishermen made a rather good salary; the salaries of James and John would have been well above average. Yet, they give up that good salary and follow Jesus. These two disciples understood that Jesus comes before money. Matthew 6:24.Do we truly understand that Jesus comes before money? Are we more concerned with the amount of overtime we have or with the amount of time we spend before God’s throne praising him? What if our employer asks us to violate Scripture—to whom shall we listen, the Great Teacher or the “Great Check Signer”?

Abandoning one’s father and the family business was quite dishonorable in Palestine. But, James and John understand that Jesus comes before family. Luke 14:26-27.Do we truly put God before family? Are we more concerned with upsetting our parents or our Heavenly Father? Do we seek to honor our spouse or our God? Are there some of us afraid to come to Jesus because of what it will mean to our family relations? Are there some of us who go along with what’s wrong from time to time to keep peace in the family?

Do you need to BREAK with your life of sin this morning and come to Jesus?