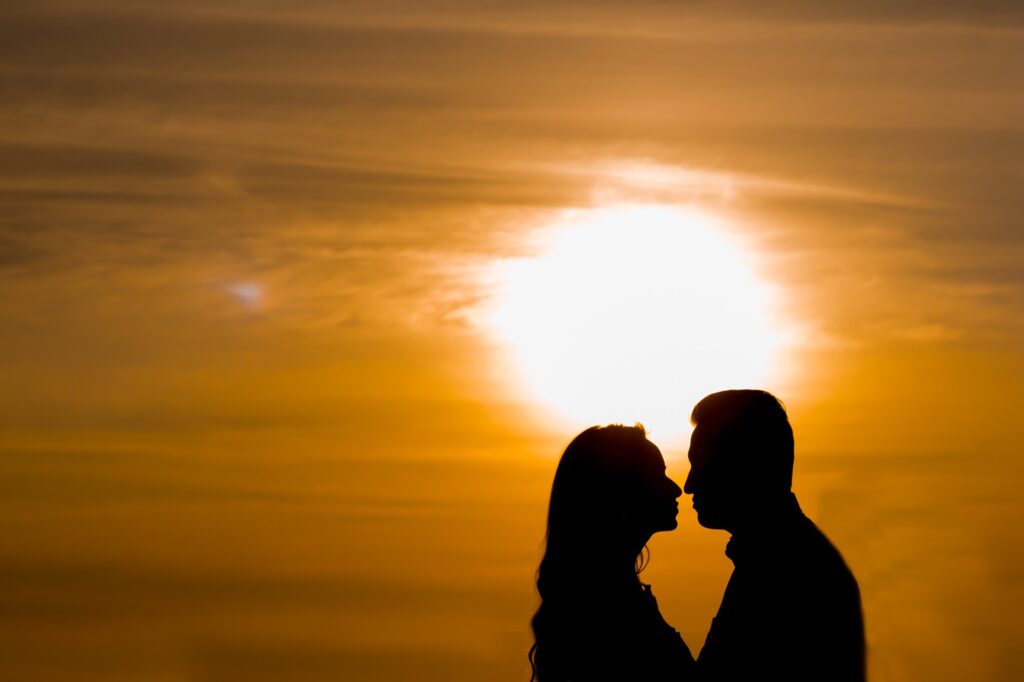 The speaker at a woman’s club was lecturing on marriage and she asked how many in her audience wanted to “mother” their husbands. One lady in the back row raised her hand. “You do want to mother your husband?” the speaker asked. “Mother?” the woman echoed. “I thought you said smother.”

There is no doubt but that we husbands aren’t always exactly the husbands are wives dreamed about. However, Scripture instructs us husbands on how to treat our wives. “Husbands, love your wives, as Christ loved the church and gave himself up for her” (Eph 5:25). “Husbands, live with your wives in an understanding way, showing honor to the woman as the weaker vessel” (1 Pet 3:7).

In our text this morning, we have an example of what God expects husbands to be. Joseph, in the way he cares for Mary and responds to God, provides us with a wonderful example of how we can leave a testimony of a godly husband. We don’t know much about Joseph. Since about the fifth century, there has been a belief that Joseph was an older gentleman who had been married before and widowed. Mary was then his second wife. That material comes from a heretical document and was primarily a way to explain how Mary could have been a perpetual virgin but Jesus could be said to have brothers and sisters. The explanation goes that Jesus’ brothers and sisters are really Joseph’s children from a previous marriage.

We need to see the biblical truth about Joseph and not get bogged down in all the extra-biblical theories floating around. The truth is that Joseph leaves us “A WITNESS OF A GODLY HUSBAND.”

“Now the birth of Jesus Christ took place in this way. When his mother Mary had been betrothed to Joseph, before they came together she was found to be with child from the Holy Spirit. And her husband Joseph, being a just man and unwilling to put her to shame, resolved to divorce her quietly.” Joseph was a lawful husband in that he followed the law of God.

Mary and Joseph were betrothed to one another. In Judaism, betrothals were much more binding than engagements are today. For a betrothal to take place, the groom paid at least part-if not the entire-bride price at this point. The relationship had not yet been consummated sexually. However, they were considered married, for the betrothed had pledged themselves to one another; therefore, we find Joseph referred to as Mary’s husband throughout this passage. However, Joseph likely did not know Mary very well. Betrothals were commonly arranged by the parents. Plus, those betrothed in Palestine did not spend any private time together.

Joseph and Mary are betrothed to one another, and before they come together, Mary is found with child. Matthew adds that Mary was found to be with child “from the Holy Spirit.” We have the benefit of this text to know how Mary turned up expecting, but Joseph did not. An angel had been to Mary to inform her that she would be with child through the Holy Spirit, but no angel has yet been to Joseph.

What is Joseph going to think? Joseph knows without any doubt that he has not been intimate with Mary, and the child cannot be his. But, Joseph knows that naturally children are conceived only one way, and surely he thinks that Mary has been immoral. What else could he think at this point? Also, remember that most betrothed couples did not know each other very well, so Joseph may have had absolutely no reason to believe Mary’s innocence.

In fact, Jesus has often been referred to as illegitimate. When Jesus was rejected at Nazareth, we read of the Jews said, “Is not this the carpenter, the son of Mary and brother of James and Joses and Judas and Simon? And are not his sisters here with us?” (Mk 6:3). Because the Jews traced genealogy through their fathers’ lines, adult children were generally referred to as the children of their father, whether or not their father was living. That the Jews refer to Jesus here as the “son of Mary” rather than the son of Joseph may indicate that they believed he was illegitimate. Whether that is what the Jews meant or not, many Jewish texts have ascribed Jesus’ conception to immorality and the idea of a virgin birth as a clever way to cover that up. Origen, a second century Christian apologist, had to spend time refuting the idea that Jesus was born from a relationship between Mary and a Roman soldier named Pantera.

Because Joseph believes that Mary has been immoral, he plans to divorce her quietly. Joseph planned on divorcing Mary, for he was “a just man.” The idea of being “a just man” is that tries to do the right thing. For example, Jesus says that “the righteous will shine like the sun in the kingdom of their Father” (Matt 13:43). Joseph, then, is a man who wants to do the right thing.

As part of doing the right thing in this passage, Joseph plans on divorcing Mary. Moses permitted divorce, but he did not require it (Deut 24:1-4). However, if Joseph went ahead and married his betrothed, it would be a sign that the child was his. E.g., in the Law, if a man was caught raping a woman, he was required to pay her father and marry her, and he was never permitted to divorce her (Deut 22:28-29). So, if Joseph is going to be a LAWFUL HUSBAND-a husband who does the right thing-he really has no choice but to divorce Mary, for he believes she has been guilty of immorality.

Joseph was a LAWFUL HUSBAND, not only in that he was going to divorce Mary, but when he discovers that Mary is a virgin, that she has committed no sexual immorality, and that the Child has been conceived through the power of God, Joseph takes Mary as his wife as he’s been instructed.

Guys, are we LAWFUL HUSBANDS?

Joseph loved his wife; “Her husband Joseph, being a just man and unwilling to put her to shame, resolved to divorce her quietly.”

The picture of Joseph in this passage is one of a man caught between a rock and a hard place. Being a just man of good reputation, he needs to put Mary away, but on the other hand, he loves Mary deeply, so he resolves to divorce Mary quietly. A public divorce would have been a big deal. In first century Palestine, a woman with a child would be hard pressed to find a husband. Therefore, if her parents died, the woman would be without any means of income. Furthermore, she would have been subject to the death penalty. Granted, the death penalty was rarely-if ever-used in first-century Judea for adultery. But, could you imagine the eyes glared on Mary as she walked into the synagogue on the Sabbath? “She should have died!” Joseph could have divorced her without much public shame, for a divorce simply required a plain document with two witnesses.

Here’s the point: Joseph is a man who is just and desperately wants to do the upright thing. Thus, he is going to divorce a woman who, in his mind, has been immoral. However, Joseph loves his wife deeply, so he is going to act in a way not to embarrass her.

I would love to have seen Joseph’s face when he woke up from that dream! He’s planning on divorcing his betrothed because she turns up with child before they come together. The angel comes to Joseph and says, “Son of David [reminding Joseph of his royal lineage], don’t worry about going through with your marriage. Mary has not been immoral. She is a virgin. This is from God, not man. In fact, the Child in her is the Messiah, and he’s going to bring salvation.” Can you imagine the look on his face? A look of relief, a look of guilt for not believing Mary, a look of responsibility knowing that he is about to become the step-father of the Messiah.

Far more amazing than the look on Joseph’s face is the reaction from his heart: he listens to the angel, wakes up from his dream and takes Mary as his wife. On the one hand, this shouldn’t surprise us at all, for we have already been informed that Joseph is a just man. On the other hand, Joseph had to give up so much to take Mary as his wife.

Think about all of this! Joseph takes his will, his desires, his wants, his wishes, and places them under the will of God in obedience. How many people today are willing to yield their will to the will of God? How many times do you see a kid in Wal-Mart screaming and crying because Mommy won’t buy him that new toy? Aren’t there many who act that way when it comes to the Word of God? “But, God, I want. God I think. But, God!!!!” Joseph doesn’t complain, Joseph doesn’t argue; Joseph simply does what God commands.

How willing are we to obey the will of God regardless of what we ourselves desire? God expects us to be obedient. When Saul justified his disobedience by saying that he was going to sacrifice the spoil of the Amalekites, Samuel replied, “Has the LORD as great delight in burnt offerings and sacrifices, as in obeying the voice of the LORD? Behold, to obey is better than sacrifice, and to listen than the fat of rams” (1 Sam 15:23). “Not everyone who says to me, ‘Lord, Lord,’ will enter the kingdom of heaven, but the one who does the will of my Father who is in heaven” (Matt 7:21).

Joseph limited himself sexually; he “knew her not until she had given birth to a son. And he called his name Jesus.”

Weddings in ancient Palestine were large feasts which normally lasted seven days. The marriage was then consummated on the 7th night of the feast. However, Joseph abstained from sexual intercourse with Mary until after the birth of Jesus. The Greek literally reads, “was knowing her not,” and draws attention to the period of time between the wedding and Jesus’ birth during which Joseph did not have marital relations with Mary.

Why did Joseph not have marital relations with Mary until after the birth of Jesus?

The interesting thing about Joseph’s abstaining from martial relations is that Jewish teachers taught that men had no self-control, but Joseph has no sexual knowledge of his wife, thus he stands as a model of self-control.

What can we learn from Joseph’s self-control?