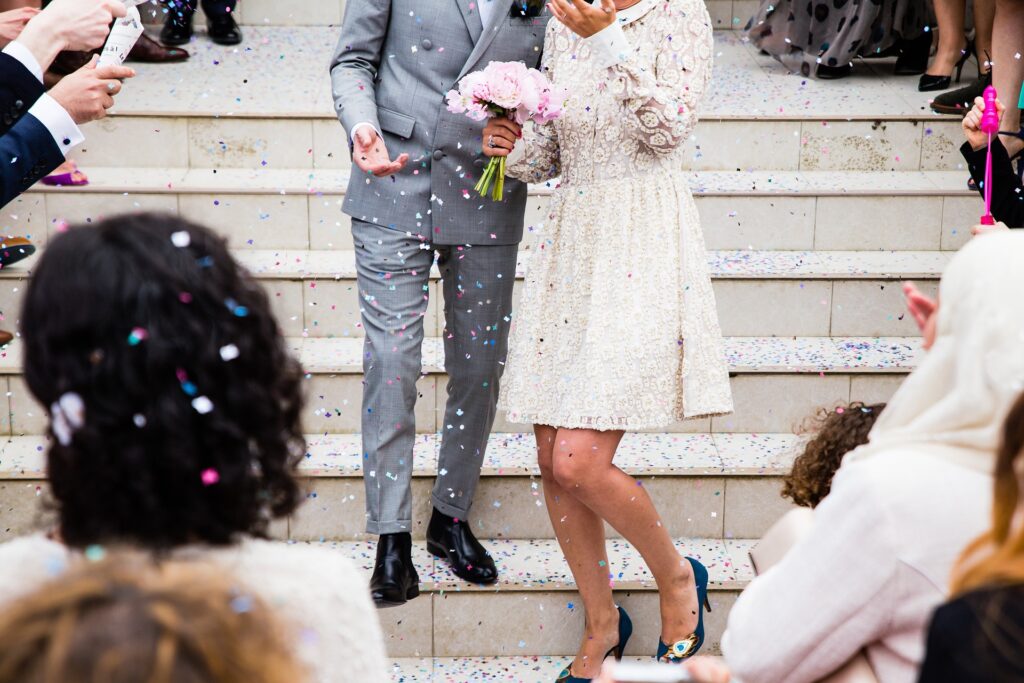 The Seriousness of Marriage (Matthew 19:1-9)

The Guinness Book of Records says that Glynn de Moss Wolfe has been married 19 times. He keeps two wedding dresses of different sizes in his closet for ready use. Such is the state of our world; few people still take marriage all that seriously. They think if they become unhappy. they can divorce and remarry. Some vows even read, “As long as we both shall love” in place of “as long as we both shall live.”

When Mom and Dad celebrated their 25th wedding anniversary, a salesman told Aaron that they no longer carried plates that said “25th Anniversary,” because people didn’t stay married that long anymore.

Although marriage is not taken seriously much anymore, Jesus points to the seriousness of marriage in our text.

Jesus said marriage was serious because:

The Pharisees came to Jesus to test him. They asked him, “Is it lawful for a man to divorce his wife for just any reason?” This question really put Jesus to the test. In Jesus’ day, there were two schools of thought on the interpretation of Deuteronomy 24:1-4. The school of Hillel said that a woman’s finding “no favor” in her husband’s eye means that her husband has found a woman he likes better; he can divorce his wife and remarry. The school of Shammai said that the uncleanness in Deuteronomy 24:1 referred to adultery.

The Pharisees wanted Jesus to take sides, and they knew that if he took sides he would lose followers.

But, too, the Pharisees asked Jesus this question in Judea (v. 1), the domain of King Herod. Herod was one of the most flagrant abusers of marriage; he had taken Herodias, his brother Philip’s wife (Matt. 14:3). Jesus had spoken in Galilee about marriage, divorce, and remarriage (Matt. 5 :32), but would he dare restate in Judea what he had said in Galilee?

The man is to leave his father and mother. “Leave” here means to wholly give up. This Greek term is used for dying and leaving someone behind; it is used of abandoning. The idea is that a married couple is totally to leave their parents; the allegiance is no longer to the parents, but it’s to the spouse. Too many times. when things don’t go well, the husband or wife runs back to Mommy and Daddy. But, Jesus says we’re to leave – to abandon – father and mother. Our allegiance is to our spouse, not our parents. Too many times. parents aren’t willing to allow this leaving to take place. They still think of their little boy or their little girl as theirs. If a child runs home after he’s married, parents need to say. “Go back home. Work it out there.”

The man is to be joined to his wife, and they shall become one flesh. Becoming one flesh obviously has reference to the sexual union between a man and his wife. But, this has to do with far more than the sexual union – a husband and his wife should really become a unit. They should be one in many ways – in their thinking. in their recreation, etc.

What God has joined together man is not to separate. God really officiates at weddings. The preacher just fulfills a legal function; he doesn’t really marry you – the Lord does. The Lord is a witness to the marriage covenant (Mal. 2:14). God joins together. The term for “join” actually refers to yoking of oxen. Just as one would yoke oxen together to get them to work together, God yokes husbands and wives together that they might work together.

This is why man is not to separate – God has joined together. Legislators do not have the right to change the marriage laws of God; regardless of what they put on the books, God’s law still stands supreme. Individuals need to be very careful about interfering in a marriage in a way that might cause it to split – those on the outside of a marriage need to help it stay together, not rip it apart.

Divorce was never God’s plan. The Pharisees wanted to know, “Why then did Moses command one to give a certificate of divorce, and to put her away?” The Pharisees missed the point: Moses never commanded divorce, he allowed it – Notice that Jesus says that Moses “permitted you to divorce your wives.”

Moses permitted divorce on account of the hard hearts of the Israelites. The Hebrews were not able to bear the original design of God; it was too hard for them to obey. In fact, when Jesus tells the Pharisees God’s original design, the disciples said to Jesus, “If such is the case of the man with his wife, it is better not to marry.” From the beginning, it was not so. God never intended for divorce to take place. God hates divorce (Mal. 2:16).

Some want to say that Jesus is only laying down a principle, not a law. They claim. “This is what’s best, but it’s not mandatory.” But, these are the words of Jesus. And Jesus himself said, “The word that I have spoken will be his judge on the last day” (Jn. 12:48). God the Father told the disciples to listen to Jesus (Matt. 17:5). How can we ignore what Jesus says on any subject?

Others say that this doesn’t apply to the non-Christian; it only applies to the child of God. That can’t be, either. Jesus said, “Whoever divorces his wife, except for sexual immorality, and marries another, commits adultery.” He didn’t say, “The Christian who divorces his wife;” he said “Whoever.”

What are we to do when a person wants to come to Jesus, but is unbiblically married? Some say that we shouldn’t worry, because baptism will wash that sin away. That’s not entirely true. Baptism will only wash away sins for wish there is repentance – “Repent, and let every one of you be baptized in the name of Jesus Christ for the remission of sins” (Acts 2:38). If one is baptized without repenting, he’s just getting wet.

This is a hard saying. It is no wonder the disciples said, “If such is the ease of the man with his wife, it is better not to marry.” But, these are the words of Jesus, and we must obey.