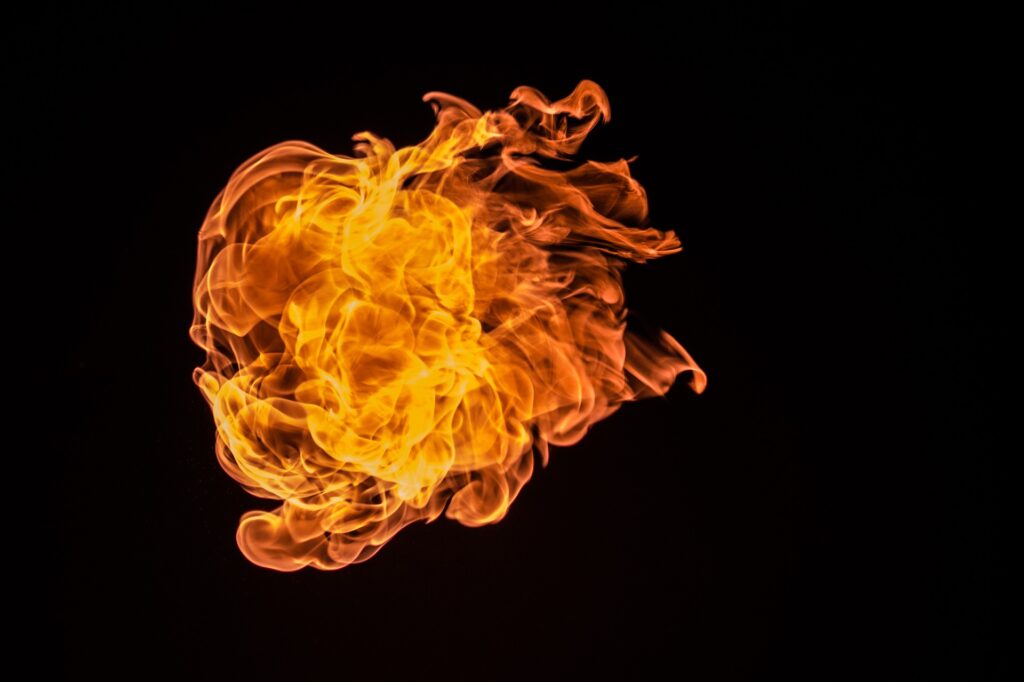 Aesop tells a fable about a man who had committed murder. The murderer was pursued by his victim’s family, but, as he ran, he came to the Nile River. On reaching the river, he saw a lion on its bank and bearing fearfully afraid, climbed up a tree. He found a serpent in the upper branches of the tree, and again being greatly alarmed, he threw himself into the river, where a crocodile caught him and ate him. The man attempted to escape judgment, but he was not able to do so.

On the Day of Judgment, there will be many who will try unsuccessfully to escape the wrath of God. No matter how hard one tries, there shall be no escape on the Day of God’s wrath: “While people are saying, ‘There is peace and security,’ then sudden destruction will come upon them as labor pains come upon a pregnant woman, and they will not escape” (1 Thess 5:3). In speaking of the judgment upon the Roman Empire, John writes, Revelation 6:15-17.

In this morning’s text, John the Baptist informs the Pharisees and Sadducees about the coming judgment of God. Remember that these Pharisees and Sadducees had come to John to accept his baptism, but they came with the wrong motives. Because the Pharisees and Sadducees come to John to be baptized without repentance, he informs this crowd of God’s coming judgment. In speaking of the coming judgment, John uses the imagery of fire. At verse 10, John says, “Every tree therefore that does not bear good fruit is cut down and thrown into the fire.” In both testaments, the idea of fire represents the judgment of God. “Behold, the Lord will come in fire, and his chariots like the whirlwind, to render his anger in fury, and his rebuke with flames of fire. For by fire will the Lord enter into judgment, and by his word, with al flesh; and those slain by the Lord shall be many” (Is 66:15-16). Jesus says, “It is better for you to enter the kingdom of God with one eye than with two eyes to be thrown into hell, ‘where their worm does not die and the fire is not quenched’” (Mk 9:47-48).

“I baptized you with water for repentance, but he who is coming after me is mightier than I, whose sandals I am not worthy to carry. He will baptize you with the Holy Spirit and with fire.” John here compares his baptism with the coming baptism of Jesus. The Pharisees and Sadducees had come to John’s baptism—likely, as we suggested last week, just to gain popularity among the common Jews. John, in essence, says, “You’ve come to see my baptism. You just wait. You ain’t seen nothing yet!”

The One coming after John is mightier than John. A common theme in the Old Testament is the mighty God. “Who is this King of glory? The LORD, strong and mighty, the LORD, mighty in battle!” (Ps 24:8). “The Mighty One, God the LORD, speaks and summons the earth from the rising of the sun to its setting” (Ps 50:1).

It’s important that Jesus the Baptizer be mightier than John the Baptizer. In this context, the work of the Messiah is the judgment of mankind. No mere mortal can stand in judgment on the whole of mankind. “Why do you pass judgment on your brother? Or you, why do you despise your brother? For we will all stand before the judgment seat of God” (Rom 14:10). Further, the Messiah is going to baptize with the Holy Spirit. Only the Messiah could pour out the Holy Spirit. “Being therefore exalted at the right hand of God, and having received from the Father the promise of the Holy Spirit, [Jesus] has poured out this that you yourselves are seeing and hearing” (Acts 2:33). Therefore, while John’s baptism played an important role in preparing the Jewish people for Jesus, his ultimate purpose was preparation. John lacked the ability to bring about the final baptism—the baptism of fire.

To demonstrate how much mightier Jesus is than he, John says that he is unworthy to carry Jesus’ sandals. In ancient thought, a servant’s basest task was to tend to his master’s feet—washing the feet, carrying the sandals, and fastening and losing the sandals. Jewish rabbis would not allow their disciples to tend to their feet. John is declaring unambiguously that Jesus is far greater than he.

To make the point that Jesus is far greater than he, John contrasts his baptism with the baptism of Jesus. John baptized with water for repentance. “With water” refers to the component in which John’s baptism took place. John baptized with water in that people came into the Jordan and were literally surrounded by the water in being baptized. The people “were baptized by [John] in the river Jordan, confessing their sins” (v 6).

Water and fire are quite opposites of one another. If there’s a fire what is the fire department going to use to extinguish the fire? Water! Furthermore, the first time God judged the entire world, he did so with water and eight people were saved, but the next time God judges the entire world, he will do so with fire and there shall be no escape: “The heavens existed long ago, and the earth was formed out of water and through water by the word of God, and that by means of these the world that then existed was deluged with water and perished. But by the same word the heavens and earth that now exist are stored up for fire, being kept until the day of judgment and destruction of the ungodly” (2 Pet 3:5-7).

But, what does judgment have to do with the outpouring of the Holy Spirit on the apostles? When the Spirit was poured out at Pentecost, he came not only to inspire the Apostles to speak guidance to man but he also inspired them to speak judgment. Notice the words from Joel that speak of Pentecost: Joel 2:28-32. These are words of judgment as well as hope. The text speaks of blood and fire and columns of smoke on the earth; v 32 says that there will be those who escape—thus, as the Spirit brings the Word of God he also brings judgment.

Jesus also connected the coming of the Spirit with judgment: John 16:8-11. Words of judgment were spoken when the Spirit was outpoured: “Let all the house of Israel therefore know for certain that God has made him both Lord and Christ, this Jesus whom you crucified” (Acts 2:36). Therefore, the Pharisees and Sadducees were baptized in the Holy Spirit in that they were surrounded by his judgment. Does the Spirit not continue to judge the world through the words he inspired? Hebrews 4:12-13. Is there a one of us who doesn’t know what it is to have our hearts judges and our thoughts naked and exposed through the living and abiding Word of God? Not only did the Messiah send the Spirit into the world to judge, but he also sends fire to judge.

That leads us to the second division of our text—

“His winnowing fork is in his hand, and he will clear his threshing floor and gather his wheat into the barn, but the chaff he will burn with unquenchable fire.”

The picture is the separation of the righteous from the wicked. Throughout the Scriptures, we have the idea that at the Great Judgment the wicked and the righteous shall be separated. “The angels will come out and separate the evil from the righteous and throw them into the fiery furnace. In that place there will be weeping and gnashing of teeth” (Matt 13:49-50). “Blessed are those who wash their robes, so that they may have the right to the tree of life and that they may enter the city by the gates. Outside are the dogs and sorcerers and the sexually immoral and murderers and idolaters, and everyone who loves and practices falsehood” (Rev 22:14-15).

The idea of separation is quite important.

The chaff shall be burned with unquenchable fire. In antiquity, the prominent use of the chaff was for fuel. But, the chaff would burn quickly; however, Jesus here depicts an unquenchable fire. The wicked shall be burned with a fire that cannot be quenched. The Greek term for “unquenchable” is a term you know quite well. The term is asbestos. The mineral asbestos has been used historically as a flame retardant because of its ability not to be destroyed by fire. The unquenchable fire—like asbestos—cannot be destroyed in the fire. “Then he will say to those on his left, ‘Depart from me, you cursed, into the eternal fire prepared for the devil and his angels’” (Matt 25:41). The wicked “will drink the wine of God’s wrath, poured full strength into the cup of his anger, and he will be tormented with fire and sulfur in the presence of the holy angels and in the presence of the Lamb. And the smoke of their torment goes up forever and ever, and they have no rest, day or night, these worshipers of the beast and its image, and whoever receives the mark of its name” (Rev 14:10-11).

That wrath of God is getting ready to break forth upon this world. The only thing keeping it from breaking forth as I speak is this is not the precise moment fixed by the Lord to bring forth his wrath. However, we do not know when that wrath will come. Jesus says, “Concerning that day and hour no one knows, not even the angels of heaven, nor the Son, but the Father only” (Matt 24:36).

I do not know when that baptism of fire is coming, but I do know that it’s coming. Because we do not know the day the new baptism will come, Jesus says, “You also must be ready, for the Son of Man is coming at an hour you do not expect” (Matt 24:44). Are you ready? Do you need to come and get ready this very morning?