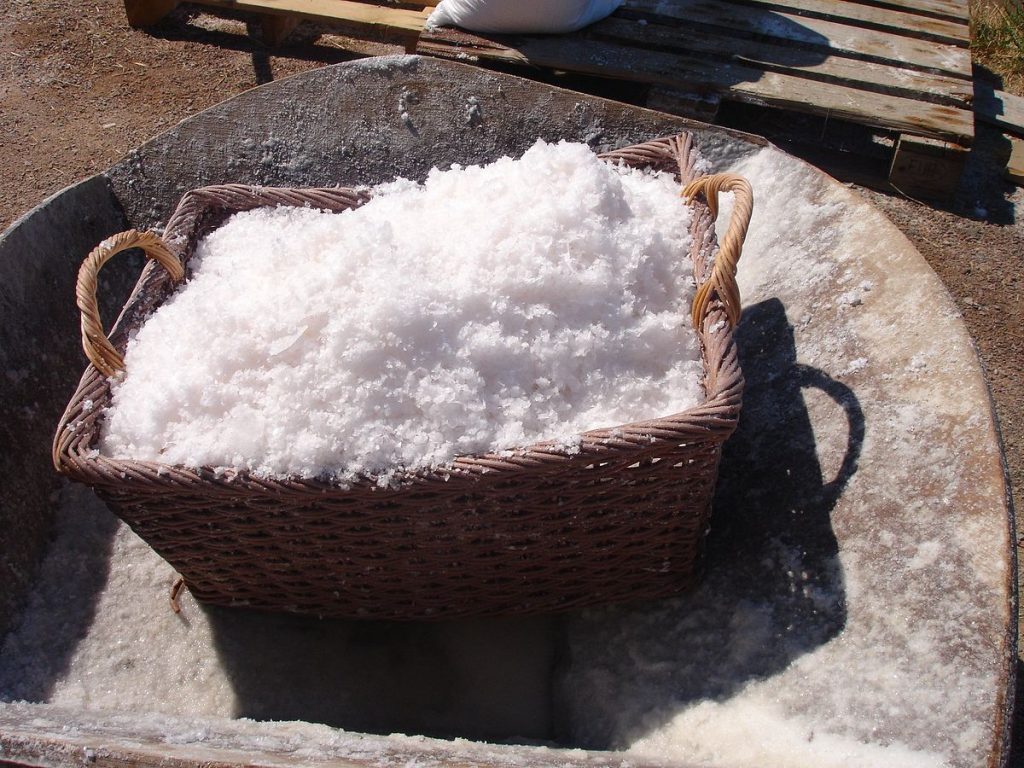 A Persian fable tells that one day a wanderer found a lump of clay that had such a sweet perfume that its fragrance filled the whole room. The wanderer quickly said, “What art thou? Art thou some costly merchandise?” “Nay, I am but a lump of clay,” came the answer. “From whence this wondrous sweetness, say?” the wanderer wished to know. “I have been dwelling with a rose!” came the confession from the clay. Because that lump of clay had been living with a rose, it began to smell like a rose.

It is so very true that humans can be easily influenced. “Iron sharpens iron, and one man sharpens another” (Prov 27:17). “Do you not know that a little leaven leavens the whole lump?” (1 Cor 5:6). “Do not be deceived: ‘Bad company ruins good morals'” (1 Cor 15:33). “Keep your conduct among the Gentiles honorable, so that when they speak against you as evildoers, they may see your good deeds and glorify God on the day of visitation” (1 Pet 2:12).

Jesus in this morning’s text speaks not of our being influenced, but of our influencing others. He says: “You are the salt of the earth, but if salt has lost its taste, how can its saltiness be restored. It is no longer good for anything except to be thrown out and trampled under people’s feet.” It has long been noted that the parables of salt and light are transitional in the Sermon on the Mount. In the Beatitudes, Jesus speaks about the blessings of discipleship for disciples, but the parables of light and darkness speak about the blessings of discipleship for the world. Furthermore, in the next section of the Sermon, Jesus speaks as to what it means to be salt and light-being salt and light affects the way we deal with anger, lust, divorce, oaths, etc.

This morning, we want to explore the parable of the salt and see just how we are THE SALT OF THE EARTH.

You are the Salt of the Earth

While the parable of the salt is a transition in the Sermon on the Mount, it’s not the first transition you notice. Jesus frames the first 8 Beatitudes in impersonal terms: “Blessed are those who . . . .” Yet, at verse 11, there is a major change: “Blessed are you when others revile you and persecute you and utter all kinds of evil against you falsely on my account.”

There is a distinct difference between “Blessed are those who . . . .” and “Blessed are you.” Jesus “warms up” his audience by speaking impersonally. There may have been some who, in humility, thought, “These Beatitudes don’t apply to me. I’m not pure in heart or meek or merciful.” There may have been some patting themselves on the back and thinking, “This is going to be an easy Sermon to hear. I’m everything this Teacher says I need to be.” Jesus then lowers the hammer and says, “I’m not talking about everyone else. I’m talking about you. You need to deal with your anger, your lust, and your divorces.” It’s so easy to listen to what’s wrong in our lives and apply it to everyone else. “So-and-so sure gets angry a lot. I’m sure so-and-so has a problem with lust, and I ear his divorce wasn’t right.” Jesus here reminds us that we don’t need to be looking and thinking about everyone else; we need to take a serious look at our own lives.

Yet, before Jesus juxtaposes his Law of the Heart with the external Law of Moses, he pays his disciples a compliment and says, “You are the salt of the earth.” This parable is clearly a compliment, for in Jesus’ day, salt was quite valuable. Salt was often used as a rate of exchange and it was often used to pay wages. In fact, a soldier’s wages were often paid with salt. This is where we get the expression, “He’s worth is salt.” We must come to understand the value of Christians in the world. What value do we bring to the world? The other uses of salt help answer that question.

You Can Be the Salt of the Path

“If salt has lost its taste, how shall its saltiness be restored? It is no longer good for anything except to be thrown out and trampled under people’s feet.”

So many good people have had a problem with this text-How can salt lose its taste? The salt we know doesn’t lose its taste-the salt we know is pure salt. No matter if one grain sits there for hundreds of years, it’s going to be salty. But, that wasn’t exactly how it worked in the first century. The people hearing Jesus would have known salt that was the result of the evaporation of saltwater. Sand, dirt, and other impurities were mixed in with the salt. Over time, some of the sodium chloride would dissolve or evaporate, and the resulting mixture wasn’t good for much. In fact, the chemical qualities of the Dead Sea would invariably “eat up” some of the sodium chloride that was in it.

The point is that if we lose our distinctive quality as Christians, we can no longer be the “salt of the earth.” Many Christians have lost their “taste.” What about Simon the sorcerer? Can you imagine the salt Simon was when he believed? He had long tricked the people of Samaria into believing he was really something: “There was a man named Simon, who had previously practiced magic in the city and amazed the people of Samaria, saying that he himself was somebody great. They all paid attention to him, from the least to the greatest, saying, ‘This man is the power of God that is called Great.’ And they paid attention to him because for a long time he had amazed them with his magic” (Acts 8:9-11). But, Simon gave up that magic, believed the preaching of Philip, and was baptized.

But, when he saw that the miracles Philip performed could be passed on by the laying on of the apostles’ hands, he, too, wanted that power. Simon knew he had seen a “trick” like none he had ever performed. He just had to have that power, too. Can you imagine what the Samaritans must have thought? “He hasn’t really changed. It’s just the same ol’ Simon.”

George Gallup once said, “We find there is very little difference in ethical behavior between churchgoers and those who are not active religiously . . . . The levels of lying, cheating, and stealing are remarkable similar in both groups.” How different are we from the world?

If salt no longer has saltiness, it is good for nothing but be thrown out and trampled under people’s feet. Farmers often had large fields in Palestine and they would plant different crops in different parts of the field. They obviously didn’t want to ruin their crops by walking through the field. They would have paths to different parts of their garden. Because salt that had “lost its taste” wasn’t good to eat but could destroy the fertility of the soil, this salt was thrown along the paths. This way farmers didn’t need to worry about destroying their crops.

Yet, the image here is obviously one of judgment. Christians who become no different than the world will face the judgment of God-Matthew 13:24-30. Are you wheat or weed? Are you salt of the earth or salt of the path?