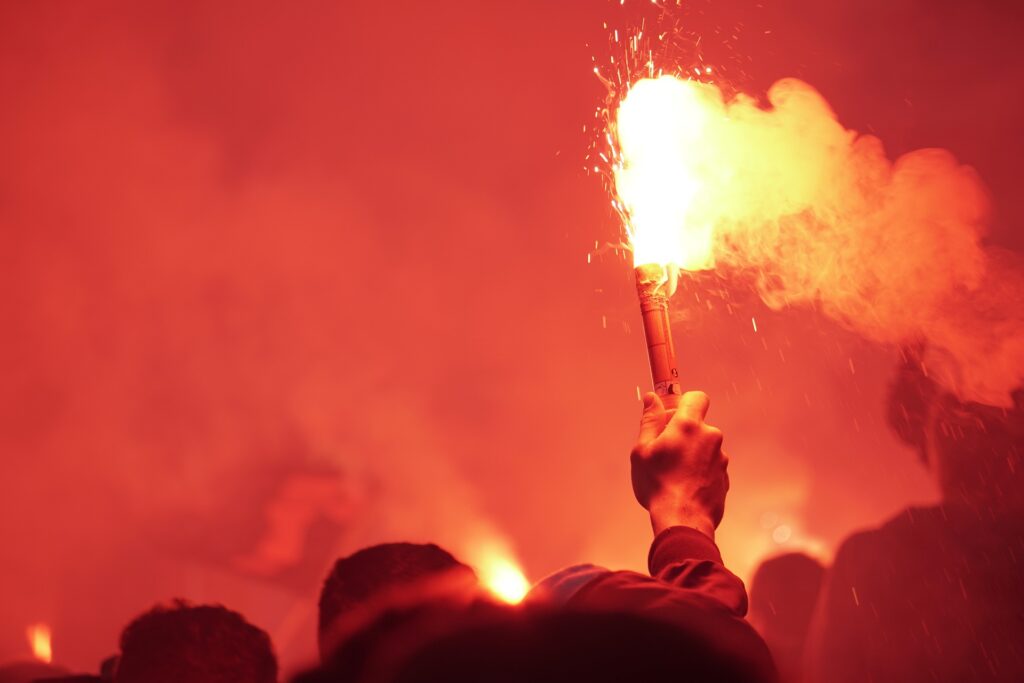 Before Dad was preaching full-time, Mom and Dad had to take one of us three boys to the emergency room. I don’t remember which one of us it was–with three boys, Mom and Dad went to the emergency room a fair bit, so it could have been any one of us. The local preacher came by to check on us, and he came into the waiting room and threw an absolute fit. At this small hometown hospital, they gave all the preachers a little sticker to put on their windshield. You could then park in the “clergy” parking spot right next to the handicapped places. Otherwise, you were going to have to park a good distance and hoof it.

Do you know who parked in the “clergy” spot? A single mother who had an 18-month-old with a terribly high fever. She was frantic to get her child to the ER and couldn’t find another parking place close. She was frantically pacing back and forth in the waiting room trying to soothe her child and her own anxiety.

What do you think that did to the reputation of the church in that small Kentucky town? Jim earned a reputation around town for having a very short fuse. He would go into the little grocery store where my grandmother worked part-time and lose his cool over something. People would come to Mom at school and say, “You won’t believe what Jim did this time.” How many people do you think Jim was able to reach?

In a small town where Tammy and I lived, we were working with a sweet lady who was an unfaithful Christian. She finally told Tammy that as long as so-and-so was an elder there, she’d never come back. We heard that same thing from other folks about that same elder.

Maybe you know of sad stories like that, too. Maybe you’ve known a preacher or an elder not be who he really needed to be and he ruined much good that could have been done for the cause of Christ. Maybe it is that you have, in one way or another, harmed the cause of Christ.

In this morning’s text, Jesus talks about bringing others to Him through the way that we live. I’m constantly amazed as I read the words of Jesus. He takes common, everyday objects and teaches truths of eternal consequence. Here Jesus takes salt and light, very common objects in His day, and teaches a vitally important point: “Christians are to influence the world.”

It would be difficult, if not impossible, to overstate the importance of salt in the ancient world. In a day before refrigeration, salt was used as a preservative. Roman soldiers received their pay in salt–that seems to be where we get the expression that someone is worth his salt. The Israelites were to season their grain offerings with salt (Lev 2:13).There’s been a great deal of ink spilt on the purpose of salt here. That’s interesting to me, because Jesus tells us specifically what salt was used for. Jesus says that salt is used to flavor food: “If the salt loses its flavor, how shall it be seasoned?”

That’s a valid question: “If the salt loses its flavor, how shall it be seasoned?” You know that salt does not lose its flavor, but that’s Jesus’ point. He’s making a point from absurdity. Salt that does not taste like salt would be good for nothing. You’d have to throw it out. The ancients would use salt to make paths, they would cast it out to keep vegetation from growing, and they’d have a path where they could easily walk.

A city set on a hill cannot be hidden. A city set on a hill–possibly Jerusalem here–would be visible for miles around at night because of the torch lights illuminating the walkways. With modern electricity, that city doesn’t need to be set on a hill to be seen. As you look toward downtown at night, there’s that glow in the sky of all the lights. Many years ago, I had the privilege of going to Albania on a mission trip. I left the United States by way of JFK Airport, and we left JFK about 10:30 or so at night. I have never in all my life seen anything quite like New York City at night! Talk about spectacular! For miles and miles and miles, there was nothing but the glow of the city. This world is a dark and dreary place, and we, as the people of God, illuminate the way to God.

You do not light a lamp and put it under a basket, but on a lampstand. Were you to put a lamp under a basket, presumably the light would be extinguished altogether. Instead, you would put the lamp on a stand so that it would give light to all who were in the house. Houses in Jesus’ day were pretty dark even in the daytime, for there were not many windows. The wicker lamps they had did not put out much light, so you would put the lamp on a stand–elevate the light–and allow it to give off as much light as possible.

We’re to allow our light to shine before men that they may glorify our Father in heaven.

The purpose of light is not the light itself–light points to other things. For example, you don’t stand in front of your car and stare at the headlights. Instead, you use your headlights so that you can see that deer standing on the edge of the road, that pothole, or that pedestrian dressed darkly. Our light isn’t to point to us, but to God.

“Christians are to influence the world.”

How do we go about influencing the world? We do good works before others. That’s precisely what Jesus says in verse 16. Let’s think about the types of good works we can do that point others to our heavenly Father.

Scripture calls on us to imitate Jesus.

We watch our mouths.

Philippians 2:14-15–Notice that Paul connects doing things without complaining and disputing with shining as lights in the world.

We live differently than this world.

Philippians 2:14-15.If you’re just like the world, there will be no letting your light shine. Be different and point people to Jesus. How can you stand out at work or at school or at home? Do that this week.

What Jesus says we’re to do cannot happen by accident.

Instead, we live intentionally. We determine that we’re going to let our lights shine, and we see every day how best we can do that. Tomorrow morning, before you even get out of bed, ask yourself, “What can I do today to let my light shine?” Then, let your light shine in a big way.

Do you need to start letting your light shine this morning?