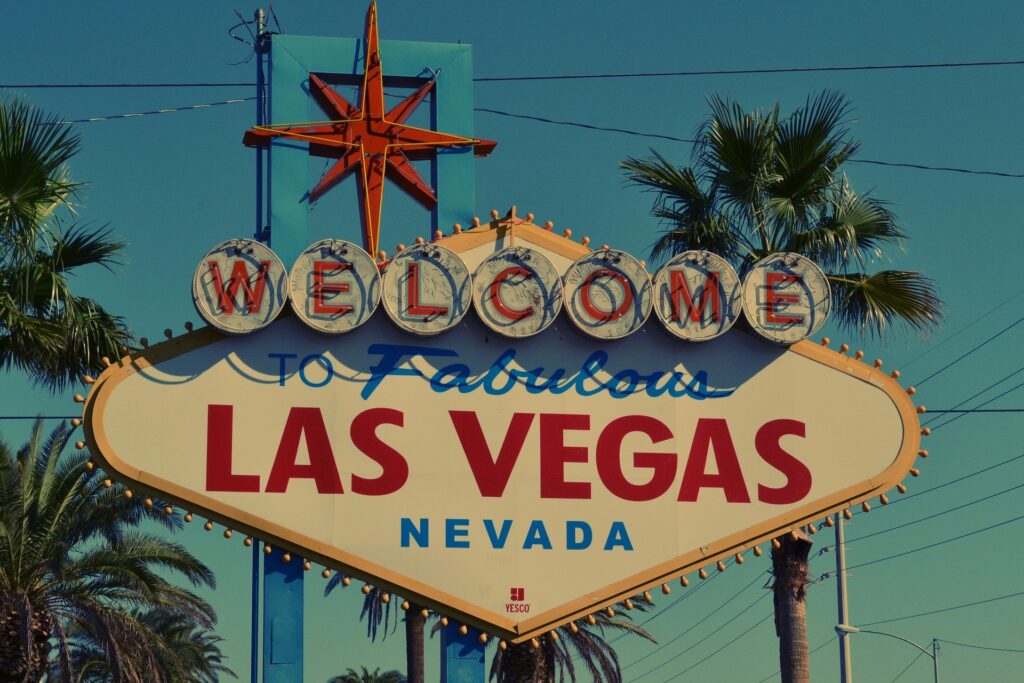 His name is Simon Lezama of Las Vegas, and he’s a thin, fit, 27-year-old man, in perfect health. According to a story by the Associated Press in May 2007, he rides an electric “mobility scooter” all around Las Vegas. Although he has no need for a mobility scooter like millions of Americans, he’s decided to fork over $40 a day to rent an electric wheelchair.

Marcel Martinez runs a scooter rental company that caters to Las Vegas visitors, and he told the Associated Press that he’s seeing the number of able-bodied renters growing every year. Martinez said that more and more young, healthy folks are using these scooters in Las Vegas because the city and hotels have gotten so big they just don’t want to walk from place to place. There’s actually a term that has been coined to describe folks like this—“Las Vegas Lazy.”

There is no doubt but that mobility scooters have aided countless people who would otherwise be forced to live immobile lives. Yet, I doubt seriously that they were ever intended to be used by healthy folks who were just too lazy to go from one place of sin to the other. Tonight’s text is about action-the action of Jesus and the action he calls others to. I know that some of you have great difficulties being as physically active as you would like. It wasn’t terribly long ago that I myself was diagnosed with narcolepsy, and so I have a tendency either to fall asleep or just lack the energy to do what I’d like to do. However, we aren’t just talking about physically activity tonight-we’re talking far more about the action of the heart.

“From that time Jesus began to preach, saying, ‘Repent, for the kingdom of heaven is at hand.’”

“From that time” refers to John’s arrest. Jesus when he had heard that John had been arrested, withdrew to Capernaum. The Lord, like all of us when we receive horrible news, needed some time alone.

Although he needed time alone, that time alone didn’t last long, for we read that he began to preach. Jesus was, first and foremost, a preacher. After Jesus healed Peter’s mother-in-law, the Lord healed many, but he had to get out of dodge as not to be overrun by the crowds. After Jesus had gotten away, Peter said that everyone was looking for him, and Jesus said, “Let us go on to the next towns, that I may preach there also, for that is why I came out” (Mk 1:38). At the Mount of Transfiguration as the disciples were discussing the erection of three shrines-one for Moses, one for Elijah, and one for Jesus-a voice came from heaven and declared, “This is my beloved Son, with whom I am well pleased; listen to him” (Matt 17:5). The implication is quite strong-if we are to listen to Jesus, he must have had something worthy to say.

Are we as active as was Jesus in telling the good news of the kingdom of heaven? God expects us to be that active in telling the good news of the kingdom. To Ezekiel, God said, “Whenever you hear a word from my mouth, you shall give them warning from me. If I say to the wicked, O wicked one, you shall surely die, and you do not speak to warn the wicked to turn from his way, that wicked person shall die in his iniquity, but his blood I will require at your hand” (Ezek 33:7-8). “Every branch in me that does not bear fruit he takes away, and every branch that does bear fruit he prunes, that it may bear more fruit” (Jn 15:2).

Jesus continued to be active after he called his disciples, and we read, “And he went throughout all Galilee, teaching in their synagogues and proclaiming the gospel of the kingdom and healing every disease and every affliction among the people” (Matt 4:23). Jesus not only preached to the needs of men’s souls, but he cared for the needs of men’s bodies-he healed. Over and over we read of Jesus’ healing power. Jesus healed Peter’s mother-in-law, the news of that spread throughout the Capernaum, and we read, “That evening they brought to him many who were oppressed by demons, and he cast out the spirits with a word and healed all who were sick” (Matt 8:16). “When they had crossed over, they came to land at Gennesaret. And when the men of that place recognized him, they sent around to all that region and brought to him all who were sick and implored him that they might only touch the fringe of his garment. And as many as touched it were made well” (Matt 14:3436). Notice that all of these references come from Matthew. While the other three Gospels record several times Jesus healed people, I want to emphasize how repeated this action was.

In his book, Disappointment with God, Philip Yancey writes: I was searching for hard evidence of God. And one day I found it-on television, of all places. While randomly flipping a dial, I came across a mass healing service being conducted by Kathryn Kuhlman. I watched for a few minutes as she brought various people up on the stage and interviewed them. Each one told an amazing story of supernatural healing. Cancer, heart conditions, paralysis-it was like a medical encyclopedia up there. As I watched Kuhlman’s program, my doubts gradually melted away. At last I had found something real and tangible.

Three weeks later when Kathryn Kuhlman came to a neighboring state, I skipped classes and traveled half a day to attend one of her meetings. The atmosphere was unbelievably charged-the murmuring sound of people praying aloud, some in strange tongues; and every few minutes a happy interruption when someone would stand and claim, “I’m healed!” One person especially made an impression, a man from Milwaukee who had been carried into the meeting on a stretcher. When he walked-yes, walked-onstage, we all cheered wildly. He told us he was a physician, and I was even more impressed. He had incurable lung cancer, he said, and was told that he had six months to live. But now, tonight, God had healed him. He was walking for the first time in months. He felt great. I wrote down the man’s name and practically floated out of that meeting.

I had never known such certainty of faith before. My search was over; I had seen proof of a living God in those people on the stage. If he could work tangible miracles in them, then surely he had something wonderful in store for me.

I wanted contact with the man of faith I had seen at the meeting, so much so that exactly one week later I phoned Directory Assistance in Milwaukee and got the physician’s number. When I dialed it, a woman answered the phone. “May I please speak to Dr. Stephens,” I said. Long silence. “Who are you?” she said at last. I just figured she was screening calls from patients or something. I gave my name and told her I admired Dr. Stephens and had wanted to talk to him ever since the Kathryn Kuhlman meeting. I had been very moved by his story, I said. Another long silence. Then she spoke in a flat voice, pronouncing each word slowly. “My…husband…is…dead.” Just that one sentence, nothing more, and she hung up.

Why did that man die? Simply because Kathryn Kuhlman was nothing but a charlatan-she could heal no one! Jesus Christ never lost a patient! He was active in healing, for he cared deeply about people.

What about us? Obviously, we cannot heal, a point I just made. So, how can you and I follow Jesus’ example in healing?

Someone aptly wrote, “We are not here to play, to dream, to drift. We have hard work to do, and loads to lift; Shun not the struggle, face it, ‘tis God’s gift.” Shall we do the hard work of sharing the gospel and caring for the sick and needy among us?

“While walking by the Sea of Galilee, he saw two brothers, Simon (who is called Peter) and Andrew his brother, casting a net into the sea, for they were fishermen. And he said to them, ‘Follow me, and I will make you fishers of men.’ Immediately they left their nets and followed him. And going on from there he saw two other brothers, James the son of Zebedee and John his brother, in the boat with Zebedee their father, mending their nets, and he called them. Immediately they left the boat and their father and followed him.”

Notice that as Jesus comes to Simon and Andrew, his invitation isn’t “listen to me,” “believe in me,” bow down to me,” or “go to Bible college and become preachers”-the invitation is “follow me.” Discipleship begins with walking, faithfully following Jesus.

What does it mean to walk and follow Jesus?

Soren Kierkegaard, a well-known Danish theologian of the 1800’s wrote a very intriguing passage in one of his books. He wrote, “I went into church and sat on the velvet pew. I watched as the sun came shining through the stained-glass windows. The minister dressed in a velvet robe opened the golden gilded Bible, marked it with a silk bookmark and said, ‘If any man will be my disciple, said Jesus, let him deny himself, take up his cross, sell what he has, give it to the poor, and follow me.’” It is easy, I pray, for us to see the absolute absurdity in that illustration-the velvet pews, the stained-glass windows, the velvet robe, the golden Bible, the silk bookmark and preaching about caring for the needy. Yet, do we see the inconsistencies in our own lives when it comes to discipleship? Are we, like that denominational body 175 years or so ago, giving lip service to discipleship but practicing something else altogether? Or, do we honor Jesus with every step that we take?

Are we active in following Jesus as were the disciples?

I mentioned at the outset of the sermon that I am fully aware that many have physical difficulties that prevent their being as active as they would like. However, as I mentioned the activity with which we have been concerned tonight has very little to do with physical ability or disability. We can walk with Jesus every day even if our physical legs won’t carry us a single step.

Bob Spurlin is a gospel preacher in Alabama. I have talked with Bob several times, and I have a copy of his book in my study. He attended the Memphis School of Preaching and preached for over 30 years. Suddenly his health began to decline rapidly. He and his wife Beverly went to the Mayo Clinic to see what was taking place. They diagnosed Bob with a severe case of progressive multiple sclerosis. Shortly thereafter Bob was confined to bed. Bob has not attended a worship service in several years, but he continues to be active in doing the Lord’s work. He has written a wonderful little book to aid people suffering with the multiple problems of life. He even preaches once a month or so by telephone to different congregation in the South.