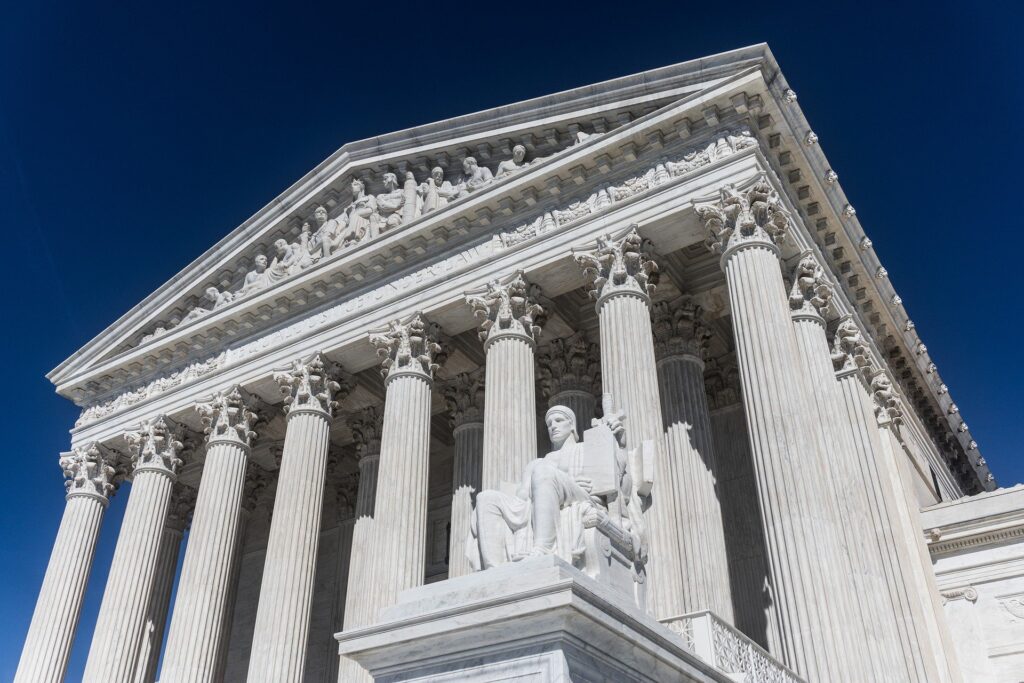 A police officer pulled over an elderly lady on the Interstate. He walked up to the window and said, “Ma’am, are you aware of how fast you were going?” She said, “Yes, sir. I was doing 35 miles an hour. I saw the sign a few miles back.” “No, ma’am,” said the officer. “That’s the highway number. The speed limit is 70, not 35.” As he shook his head and began to walk away from the car, he noticed three elderly ladies in the backseat who were white as ghosts and had eyes as big as saucers. “Ladies, are you okay?” the officer asked. “We’re much better now, sir. We just got off Highway 195.”

That poor ol’ lady was desperately attempting to follow the law; she meticulously followed the signs, even though she was misinterpreting them.

God expects his people to follow his will meticulously. Jesus, just before his Ascension, told the Eleven to make disciples of all nations and to teach those disciples “to observe all that I have commanded you” (Matt 28:20). James writes: “Be doers of the word, and not hearers only, deceiving yourselves. For if anyone is a hearer of the word and not a doer, he is like a man who looks intently at his natural face in a mirror. For he looks at himself and goes away and at once forgets what he was like. But the one who looks into the perfect law, the law of liberty, and perseveres, being no hearer who forgets but a doer who acts, he will be blessed in his doing” (1:22-25).

God’s expectations were no differed under the Old Testament. As Moses prepares to construct the tabernacle, the Lord says, “Exactly as I show you concerning the pattern of the tabernacle, and of all its furniture, so you shall make it” (Ex 25:9). As Joshua prepared to lead the Israelites into Canaan, the Lord tells him, “Only be strong and very courageous, being careful to do according to all the law that Moses my servant commanded you. Do not turn from it to the right hand or to the left, that you may have good success wherever you go” (Josh 1:7).

However, in the days of Jesus, the elders of Judaism had added so many traditions to the Law of God, that one could never be sure what was God’s Law that it was often difficult to know where God’s Law stopped and their traditions began. With their traditions, many of the scribes and Pharisees were able to keep great power over the Jewish masses. But then, John the Baptist shows up and starts calling the Pharisees and Sadducees a “brood of vipers” (Matt 3:7). Jesus then shows up and begins calling people to repentance, while he heals countless sick. It’s obvious that things aren’t going to be quite the same, but things are changing.

The scribes, Pharisees, and Sadducees are obviously going to get nervous about the place of the Law in Judaism. If Jesus casts aside the Law and replaces it with something different, their power is going to be greatly diminished. If Jesus starts telling people that they don’t need to obey the Law, their power will be gone in a heartbeat. To that end, Jesus speaks the words from this morning’s text.

“Wait a minute!” some might say. “Jesus did come to abolish the Law.” Scripture teaches that Jesus nailed the Law to the cross. “By abolishing the law of commandments expressed in ordinances, [he created] in himself one new man in place of the two, so making peace” (Eph 2:15). “And you, who were dead in your trespasses and the uncircumcision of your flesh, God made alive together with him, having forgiven us all our trespasses, by canceling the record of debt that stood against us with its legal demands. This he set aside, nailing it to the cross” (Col 2:13-14).

Therefore, how could Jesus say that he did not come to abolish the Law? The King James Version translates this verse differently and reads: “Think not that I am come to destroy the law, or the prophets: I am not come to destroy, but to fulfil,” and pages upon pages have been spent saying that anything other than “destroy” here is unfaithful to Scripture. We need to understand how this term for “abolish” or “destroy” is used in the New Testament. The term can literally mean “to throw to the ground”: When the disciples point out all the buildings of the temple, Jesus replies, “You see all these, do you not? Truly, I say to you, there will not be left here one stone upon another that will not be thrown down” (Matt 24:2). The word can also mean “to fail” or “cause to fail”: As Gamaliel gave advice to the Sanhedrin concerning the apostles, he says, “In the present case I tell you, keep away from these men and let them alone, for if this plan or this undertaking is of man, it will fail; but if it is of God, you will not be able to overthrow them. You might even be found opposing God!” (Acts 5:38-39).

Thus, Jesus did not come to cast the Law of Moses aside as though it were unworthy of any attention; he came to fulfill it. Jesus contrasts abolishing the Law with fulfilling it. It is he who is the perfect fulfillment of the Law of Moses. “The law was our guardian until Christ came, in order that we might be justified by faith. But now that faith has come, we are no longer under a guardian” (Gal 3:24-25). “Christ is the end of the law for righteousness to everyone who believes” (Rom 10:4). One man aptly wrote, “He fulfilled its prophecies, He kept the demands of the Law, and accomplished the Law’s purposes.” Only Jesus could do so.

I’m convinced that it’s only because Jesus fulfilled the Law that he was able to take it to the cross and leave it there. He says as much in the next verse: “Until the Law is fulfilled, heaven and earth will not pass away.” Let me illustrate: You buy a beautiful, big house. You sign a contract with the bank. You are under obligation to pay the bank. Once you have fulfilled the promissory note, you’re no longer under it. You have fulfilled its obligations, you are no longer under that contract. Likewise, Jesus came and fulfilled the Law in order that we might no longer need to live under it.

“For truly, I say to you, until heaven and earth pass away, not an iota, not a dot, will pass from the Law until all is accomplished.”

Jesus speaks here of the immutability of Scripture. The smallest parts of Old Testament Law would stand as long as the world until the entire Law was fulfilled. Jesus himself could not simply set aside the Law of Moses; he couldn’t simply come and say, “Let’s forget about Moses’ Law. I’m setting up something different.” Until the Law was fulfilled in Jesus Christ, it could not and would not change.

Indeed, Scripture often declares that the Word of God does not change. “Heaven and earth will pass away, but my words will not pass away” (Matt 24:35). We know that Jesus’ words shall endure longer than this world, for it is those words that will judge us when the world is no more: “The one who rejects me and does not receive my words has a judge; the word that I have spoken will judge him on the last day” (Jn 12:48). “Scripture cannot be broken” (Jn 10:35). “The grass withers, and the flower falls, but the word of the Lord remains forever” (1 Pet 1:24-25).

Obviously, the Law of Moses was still in effect when Jesus gave the Sermon on the Mount. None of Jesus’ hearers could say, “I’m not going to worry about obeying the Law of Moses.” Jesus, though, not only condemns disobedience to the Law, but he condemns teaching others to disobey it, too. Regardless of whether or not we teach publicly, disobeying the will of God is sin. Yet, to teach others to disobey God is a gravely serious sin. Not just have I gone into error, but I’m leading others to their eternal destruction. How many people in this world right now are going to be shocked when Jesus says, “Depart from me; I never knew you” because some “evangelist” somewhere told them they were doing right?

False teachers lead many to destruction. “There will be false teachers among you, who will secretly bring in destructive heresies, even denying the Master who bought them, bringing upon themselves swift destruction. And many will follow their sensuality” (2 Pet 2:1-2). “There are many who are insubordinate, empty talkers and deceivers, especially those of the circumcision party. They must be silenced, since they are upsetting whole families by teaching for shameful gain what they ought not to teach” (Tit 1:10-11). Let us, my brethren, not be led by false teachers. May it always be the Word of God that leads us!

The one who follows and teaches these words would be called great in the kingdom of heaven. While these words were being spoken in relation to the Law of Moses, we need to think about how they apply now that the Law has been nailed to the cross. Obviously, God still expects his people to obey his Word. “Whoever believes in the Son has eternal life; whoever does not obey the Son shall not see life, but the wrath of God remains on him” (Jn 3:36). “Although [Jesus] was a son, he learned obedience through what he suffered. And being made perfect, he became the source of eternal salvation to all who obey him” (Heb 5:8-9).

Are you performing the will of God?

“For I tell you, unless your righteousness exceeds that of the scribes and Pharisees, you will never enter the kingdom of heaven.”

However, their dedication to God stopped there. Their hearts were not right before God. “They preach, but do not practice” (Matt 23:3). “Woe to you, scribes and Pharisees, hypocrites! For you are like whitewashed tombs, which outwardly appear beautiful, but within are full of dead people’s bones and all uncleanness. So you also outwardly appear righteous to others, but within you are full of hypocrisy and lawlessness” (Matt 23:27-28). They talked a good game. They even outwardly obeyed some of the Law, but they gave no attention to what was on the inside.

In these two verses, Jesus “marries” the two important parts of obeying God-outward and inward obedience.

Our hearts are terribly important. Throughout this chapter of Matthew, Jesus urges his people to purify their hearts and obey him with their all. Everything we are is to submit to the will of God. “You shall love the Lord your God with all your heart and with all your soul and with all your mind” (Matt 22:37). If I love the Lord my God with everything, I will seek to bring my body, my heart, my will, my mind under his control. Have you given your all to God?