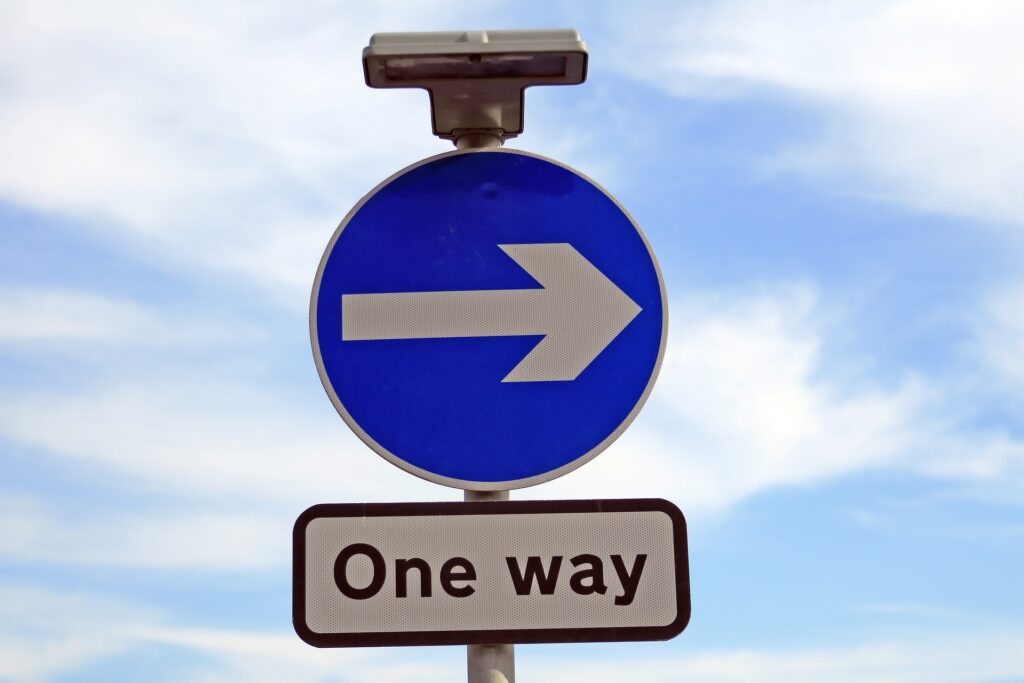 David Livingstone was a famous missionary who spent most of his life in Africa. On his final birthday, he wrote in his diary: “March 19, my birthday. My Jesus, my King, my Life, my all. I again dedicate my whole self to Thee. Accept me, and grant, O gracious Father, that ‘ere this year is gone I may finish my work. In Jesus’ Name I ask it. Amen.” Livingstone, although not faithful to the Scriptures in his teaching, provides a powerful example in faithfulness, of desiring to follow the Lord Jesus.

Jesus desires that we follow Him. When Jesus found His first disciples, His call was simple: “Follow Me” (v 19). Peter, one of the disciples whom Jesus called, learned a great deal about following Jesus during his life. Tonight, we want to examine Peter’s life to see what we can learn about following Jesus. As we look at that life, we’ll notice what it really means to follow Jesus.

When Jesus found Peter and Andrew, they were casting their nets into the lake, for they were fishermen. “He said to them, ‘Follow Me, and I will make you fishers of men.’ At once they left their nets and followed Him.”

When Jesus finds Peter and Andrew, they are busy with daily life. They were making a living and providing for their families–many families in that part of the ancient world depended on fishing for their livelihood. They may have been struggling with problems–Perhaps they had lost a share of the fish market; perhaps they had large families which needed supporting; perhaps they were having problems with an employee. However, regardless of what was taking place in their lives, Peter and Andrew stepped out in faith and followed Jesus.

What is going on in our daily lives? Are we busy with work and providing for our families? Are we trying to balance work and family life and the mortgage, car payments, school tuition, and the like? Are we facing problems? Do we have problems with our in-laws or children, employers or employees, teachers or classmates?

Faith is far more than a step of salvation; faith is a way of life. “In [the gospel] the righteousness of God is revealed from faith to faith; as it is written, ‘The just shall live by faith’” (Rom 1:17). “Whatever is born of God overcomes the world. And this is the victory that has overcome the world–our faith” (1 Jn 5:4).

A well-known theologian tells the story that when he was in graduate school one day he was bothering a professor with questions about the mysteries of the Bible, and the professor turned to his student and said, “Mr. Talmage, you will have to let God know some things you don’t.” That’s the essence of faith: allowing God to know some things we don’t. Are we willing to follow Christ in faith–to let Him know some things that we don’t?

“Follow Me, and I will make you fishers of men.”

Throughout Scripture, we are encouraged to be fishers of men. “Go . . . and make disciples of all the nations, baptizing them in the name of the Father and of the Son and of the Holy Spirit” (Matt 28:19). “A vision appeared to Paul in the night. A man of Macedonia stood and pleaded with him, saying, ‘Come over to Macedonia and help us’” (Acts 16:9). The Lord told Paul, “I will deliver you from the Jewish people, as well as from the Gentiles, to whom I now send you, to open their eyes, in order to turn them from darkness to light, and from the power of Satan to God, that they may receive forgiveness of sins and an inheritance among those who are sanctified by faith in Me” (Acts 26:17-18).

There is, I think, a tendency to view the work of evangelism as the work of paid staff. After all, the words I just gave you from Scripture were spoken to apostles, not the average person in the pew. Of course, the work of evangelism isn’t just the work of paid staff. “Those who were scattered went everywhere preaching the word” (Acts 8:4). If you go back to verse 1, those who were scattered were the “average” Christians. The apostles stayed in Jerusalem. Additionally, family and friends typically have a far greater influence on people than the preacher ever could.

I am blessed to work with a congregation that well understands this truth. You work so hard for the cause of Christ. You greeted visitors so well during the meeting. Many of you went above and beyond the call of duty in your service to others. Many of you have volunteered to help with Bible studies; others of you are conducting Bible studies. My only word of exhortation is: Keep on keeping on!

A young salesman was disappointed about losing a big sale, and as he talked with his sales manager he lamented, “I guess it just proves you can lead a horse to water but you can’t make him drink.” The manager replied, “Son, take my advice: your job is not to make him drink. Your job is to make him thirsty.” Are our lives such that we create a thirst in others for the gospel of Jesus?

Peter rebelled when the Lord told the disciples what being the Messiah entailed. “From that time Jesus began to show to His disciples that He must go to Jerusalem, and suffer many things from the elders and chief priests and scribes, and be killed, and be raised the third day” (Matt 16:21). “Then Peter took Him aside and began to rebuke Him, saying, ‘Far be it from You, Lord; this shall not happen to You!’” (Matt 16:22).

Jesus rebuked Peter and then He told the Twelve that being Jesus’ disciple means the cross. “If anyone desires to come after Me, let him deny himself, and take up his cross, and follow Me” (Matt 16:24). We have sanitized the cross to the point that the instruction to take up our cross just doesn’t mean much anymore. We put crosses on church steeples, we wear them in jewelry, and we hang them in our houses. There’s nothing at all wrong with that–and I don’t mean to imply in the least that there is–but in Jesus’ day the cross was no a symbol of salvation, as it is to us, but a symbol of death, the way capital punishment was executed.

Carrying our crosses means that we surrender ourselves, that we die to ourselves and we serve the Lord fully. “Reckon yourselves to be dead indeed to sin, but alive to God in Christ Jesus our Lord” (Rom 6:11). “Those who are Christ’s have crucified the flesh with its passions and desires” (Gal 5:24).

How much do we surrender ourselves to the cause of Christ? Are there habits to which we tenaciously hold even though they are incompatible with Christ’s commands? When the collection plate passes before us, do we deny ourselves or do we give in proportion to our own desires? When we find a command of Christ difficult, do we deny ourselves and obey anyway or do we take the easy way out? Are we fully surrendered to the Lord Jesus?

After the Resurrection, Peter learns how he’s going to serve the Lord: he would be taking care of God’s flock (Jn 21:15-19). He wouldn’t do so in a papal sense. But Peter would be the leader of the apostles–in Acts, when we read that the apostles are gathered together, Peter is always the one to rise to the occasion and encourage the Twelve on a particular course of action. Peter would be the one to proclaim first the gospel to Jew and Gentile alike. Peter would write two books of the New Testament which continue to feed us as the flock of God. According to 1 Peter 5:1, Peter himself served as an elder in the church.

Don’t the words of Jesus ring very true when we start to think about such? “Don’t worry about them. You focus on Me; you do right; you worry about yourself.” Are you following Jesus tonight?