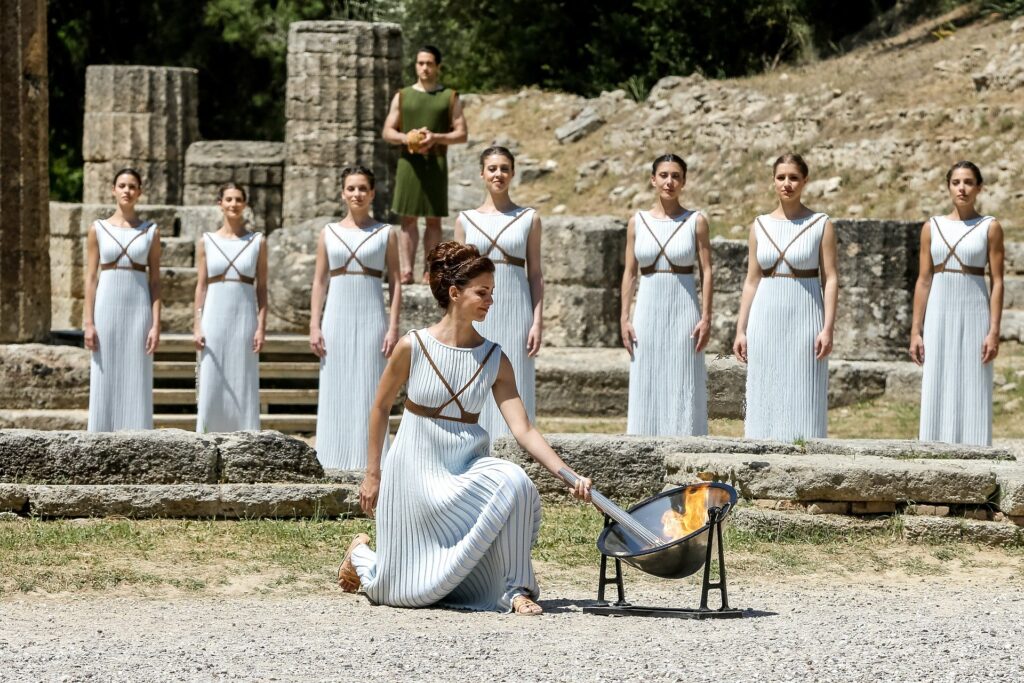 The Italian word for “influence” is “influenza.” The word “influenza” was introduced into English in the mid-1700’s, apparently coming from the Italian phrase which attributed the origin of the flu to an influenza di freddo (influence of the cold). Influenza is a highly contagious virus. It’s rare to find the flu affecting just one person in the family-generally if one person comes down with the flu, everyone in the family is going to get the flu.

We are, by our very nature, highly contagious people. We learn from others and others learn from us. The comedian Sam Levenson, for example, once recalled that his over-protective mother went with him on his very first day of school and insisted on talking to the teacher before leaving him. Levenson said that, among other things, his mother told the teacher that if he misbehaved she should punish the boy next to him. When the teacher asked why, Levenson’s mother said, “My little boy learns by example.”

Jesus speaks about the example he wants his believers to exert on the world. The Olympic flame goes back to the ancient Greek Olympics and commemorated Promotheus’ stealing fire from the gods and giving it to mortals. However, the idea of a torch relay has no precedent in antiquity. The first torch relay was for the 1936 Summer Games in Berlin. Hitler wanted to show off Germany-put the spotlight on the country, if you will-and show that the Greeks were the forerunners to his Aryan race. Since that time, the torch has been carried throughout the host country to showcase that country to the world.

In our text, Jesus calls upon his believers to showcase his country. Tonight, we will examine the torch and see how we are to be to showcase Jesus’ country.

Our character as a torch is light. On the one hand, that is a great compliment, for the Father and Son are both referred to as “light” in Scripture. “Jesus spoke to them, saying, ‘I am the light of the world. Whoever follows me will not walk in darkness, but will have the light of life” (Jn 8:12). “This is the message we have heard from him and proclaim to you, that God is light, and in him is no darkness at all” (1 Jn 1:5). The Father and the Son are not physically in this world. And, Jesus says, “You are the light, as my Father and I are light.”

There are two important implications in being the light of the world.

You and I have a decision to make: are we going to be the light of the world? We don’t have to be. Notice carefully what Jesus says at verse 16: “Let your light shine before others.” There are many Christians in this world who do not allow their light to shine. There are so many Christians who live so close to the world that’s it’s difficult, if not impossible, to tell any difference between them and the world.

P. P. Bliss was in a service where a preacher told of a captain’s trying to bring his boat to the Cleveland harbor one dark and stormy night. The waves rolled like mountains and not a star was to be seen in the clouded sky. The captain peered through the darkness for the sight of a signal light by means of which to guide his vessel to safety. When he finally spotted a single light from the lighthouse, he turned to the pilot and asked: “Are you sure this is Cleveland harbor?” “Quite sure, sir,” the pilot replied. “Then where are the lower lights?” the captain continued. “Gone out, sir,” the other man answered. “Can you make the harbor?” the captain asked anxiously. “We must, or perish, sir,” the pilot replied.

But despite his strong heart and brave hand, in the darkness he missed the channel. With a resounding crash the boat piled up on the rocks and then settled slowly to a watery grave. The preacher concluded his message with this admonition: “Brethren, the Master will take care of the great light-house; let us keep the lower lights burning.” That was all Bliss needed to pen that famous hymn: “Let the Lower Lights Be Burning.”

Jesus says, “You are the light of the world.” There’s our corner, our place to shine: the world.

Jesus never desired that his believers segregate themselves from the world. Jesus says here that we are the light of the world. How can we be the light of the world if we refuse to be around the world? As Jesus prays for the disciples, he says, “I do not ask that you take them out of the world, but that you keep them from the evil one” (Jn 17:15). Concerning the man living with his stepmother, Paul writes to the Corinthians, “I wrote to you in my letter not to associate with sexually immoral people-not at all meaning the sexually immoral of the world, or the greedy and swindlers, or idolaters, since then you would need to go out of the world” (1 Cor 5:9-10). God never intended us to segregate ourselves from the lost in this world!

We are to shine in this world. Paul and Barnabas said in the synagogue at Antioch in Pisidia, “The Lord has commanded us, saying, ‘I have made you a light for the Gentiles, that you may bring salvation to the ends of the earth” (Acts 13:47). “Do all things without grumbling or questioning, that you may be blameless sand innocent, children of God without blemish in the midst of a crooked and twisted generation, among whom you shine as lights in the world” (Phil 2:14-15).

Are we allowing our lights to shine in the midst of this crooked generation?

“A city set on a hill cannot be hidden. Nor do people light a lamp and put it under a basket, put on a stand, and it gives light to all in the house.”

It is absolutely impossible to hide a city set on a hill. I believe the most spectacular sight I’ve ever seen in my life was New York City at night from an airplane. I was on my way to Albania, and we took off from JFK late at night. As far as you could see out the window were bright, bright lights. There was absolutely no way to hide those lights-they were far too bright.

No one lights a lamp in a house and hides it. You light the lamp in order to give light-in order that it might be clear.

What gives? On the one hand, Jesus says, “Do good in front of others so that they can see your good works” and then he says in the very same sermon, “Don’t do your good deeds in front of others.” I pray that you can see right through that contradiction I developed and that you already know the difference. When Jesus speaks of giving to the needy and fasting, he is condemning the selfish desire to be seen by others: E.g., “When you give to the needy, sound no trumpet before you, as the hypocrites do in the synagogues and in the streets, that they may be praised by others. Truly, I say to you, they have received their reward” (Matt 6:2). Here, Jesus encourages us to do our good works in front of others, not so that we can receive the credit, but so that God can be glorified. It all comes down to our motivation: Are we seeking the glory, or are we seeking to point others to God?

How do our good works cause others to glorify God?

Are you a light to this dark and dying world? Do you need to light your flame tonight?