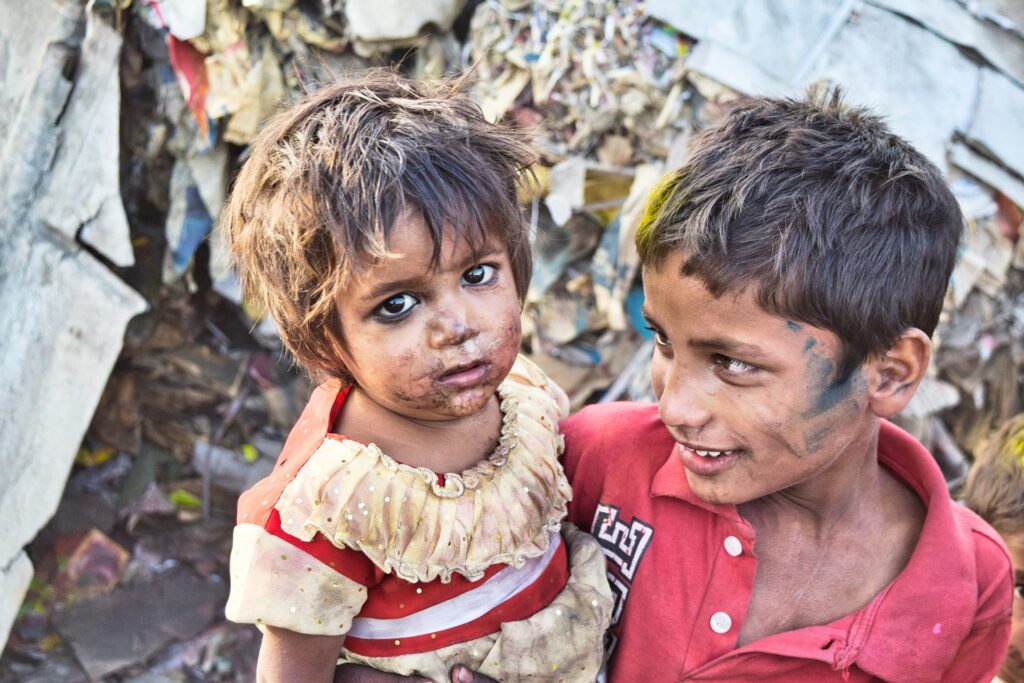 Blessed are the Poor in Spirit (Matthew 5:3)

A certain Persian king was elevated from a poverty-stricken home to the glory of a royal throne. After he became king, he sent his servants to the old shack where he was reared, with orders to gather every relic of those days. They brought fragments of his home: many broken toys, his patched shirt, a crude wooden bowl from which he ate, and numerous worthless mementos of his childhood. All these he arranged in a special room of his palace, and each day he spent one whole hour sitting around the memories of his humble past. On a wall hung a simple prayer: “Lest I forget.”

That king wanted to remain poor in spirit-he did not want to become so proud that he forgot who he was as a person. This king knew that there are so many problems associated with pride. God hates pride: Proverbs 6:16-17. God abases those who are proud: Psalm 18:27.

Scripture is full of examples of those who suffered greatly because of their pride. About King Uzziah, we read (2 Chr 26:16). Therefore, Uzziah broke out with leprosy, and he was a leper until the day that he died (2 Chr 26:19-21). As Nebuchadnezzar was walking on the roof of his palace, he said (Dan 4:30). He was then driven out into the fields to live as a wild animal.

In this morning’s text, Jesus pronounces a blessing on those who are poor in spirit. “Blessed are the poor in spirit, for theirs is the kingdom of heaven” (Matt 5:3). Throughout the Beatitudes, Jesus pronounces blessings upon certain classes of people. You may have heard at some point that “blessed” means to be happy. That is, quite frankly, a very bad translation. “Blessed” truly means that one is the recipient of divine favor. Those who are blessed have a spiritual joy and satisfaction that lasts regardless of circumstances. This joy and satisfaction carries one through pain, sorrow, loss, and grief.

Men seek many ways to be blessed. The problem is often that men seek blessings in the things of this world-money, fame, power, and sensual pleasures. 1 John 2:15. Those who love this world cannot receive the spiritual blessings God offers in abundance.

This morning we want to examine the blessings that Jesus offers to those who are poor in spirit.

The Poor in Spirit are Blessed

Just who are the poor in spirit?

In Luke, Jesus announces a blessing upon those who are poor-Luke 6:20.Sometimes it is easier for the poor to come to Jesus. They often understand more fully that they cannot depend on the things of this world. When I was in college, we were required to participate in 8 evangelistic campaigns in order to graduate. My sophomore year, several of us went to a small town in central Tennessee. A friend and I were out knocking on doors and we came across a rather nice neighborhood. My friend said, “Justin, we’ll do what we can here, but no one will be interested. They think they’re already in heaven.” He was absolutely right-we didn’t find a single receptive person in that neighborhood.

It is often true that those who have much of this world’s goods have a difficult time in coming to Jesus. Matthew 19:23. 1 Timothy 6:9-10.Those who are rich often think that they are self-sufficient and that they do not need God. This was the basic problem of the rich farmer (Lk 12:16-21). He thought he had all he needed, thus he was going to “eat, drink and be merry.” But, the very night he made such a boast his life was taken from him.

The Greek term for “poor” refers to absolute and abject poverty; the term describes those who have absolutely nothing.

It is so true that before God we are helpless. Isaiah 64:6. I don’t want to offend anyone, but the Hebrew for “filthy rag” refers to a menstrual cloth. That is how God views even our righteous deeds!

We are so sinful that being good, moral people is insufficient to save. Cornelius was such a good person (Acts 10:1-2). Yet, even that good, upright person needed the blood of Jesus to save him and he found Jesus’ blood when he was baptized.
But, are we truly “poor in spirit”? Do we honestly grasp that we are helpless before God? Oh, it’s a nice thing to come and say on Sunday, but do we understand that regardless of how well we strive to live, we are imperfect sinners before a holy God? Are you “poor in spirit”?

Those who are poor in spirit live in great humility. In order to enter the kingdom of heaven, we must become like little children (Matt 18:1-4). A child has great trust, vulnerability, and he/she is unable to advance his or her own cause apart from his/her parents. In order to be a disciple of Jesus, we must trust him, be vulnerable before him, and understand that we cannot advance our cause apart from him.

A good example of one who was poor in spirit was the publican in the Parable of the Pharisee and the Publican (Lk 16:9-14). The tax collector would not lift up his eyes to heaven, but he prayed, “God, be merciful to me, a sinner!” He understood that without God’s help he had no hope; he was poor in spirit.

The opposite of being poor in spirit is being proud and haughty.

We need to guard against pride. Proverbs 16:18.

Two ducks and a frog once lived happily together in a farm pond. The best of friends, the three would amuse themselves and play together in their waterhole. When the hot summer days came, however, the pond began to dry up, and soon it was evident that they would have to move. This was no problem for the ducks, who could easily fly to another pond. But the frog was stuck. So it was decided that they would put a stick in the bill of each duck and that the frog would hang on to the stick with his mouth as they flew to another pond. The plan worked well-so well, in fact, that as they were flying along a farmer looked up in admiration and mused, “Well, isn’t that a clever idea! I wonder who thought of it.” The frog said, “I did . . . .”

Are we poor in spirit, or are we rich in spirit?

The Kingdom of Heaven Belongs to the Poor in Spirit

When Moses first went to Pharaoh, the Egyptian king demonstrated great pride. He says to Moses, “Who is the LORD, that I should obey his voice and let Israel go? I do not know the Lord, and moreover, I will not let Israel go” (Ex 5:2).Because of his great pride, Pharaoh never did repent. God sent great plagues came upon the Egyptians, and after each plague, Pharaoh was given the opportunity to repent, but he did not. When the final plague-the death of the firstborn-brought such destruction to Egypt, Pharaoh consented to let the Israelites go. He then had a change of heart that resulted in the destruction of his army.

If Pharaoh had repented and listened to the word of God, he could have saved himself and his people much heartache, but he was too proud to repent.

Naaman the leper was a man of great pride. When Elisha tells him to dip in the Jordan seven times to be cleansed of his leprosy, he says, (2 Ki 5:11-12). Only after Naaman dipped in the Jordan did he find cleansing for his leprosy.

How many people are just like Naaman when it comes to submitting to baptism? They say, “I have this wonderful feeling in my heart; that’s not the way I believe, etc.

Only after one submits to repentance and baptism in humility can he find cleansing for his soul.

But, how do those who humble themselves-those poor in spirit-have the kingdom of heaven?

Do you have the benefits of the kingdom of God? Are you poor in spirit?