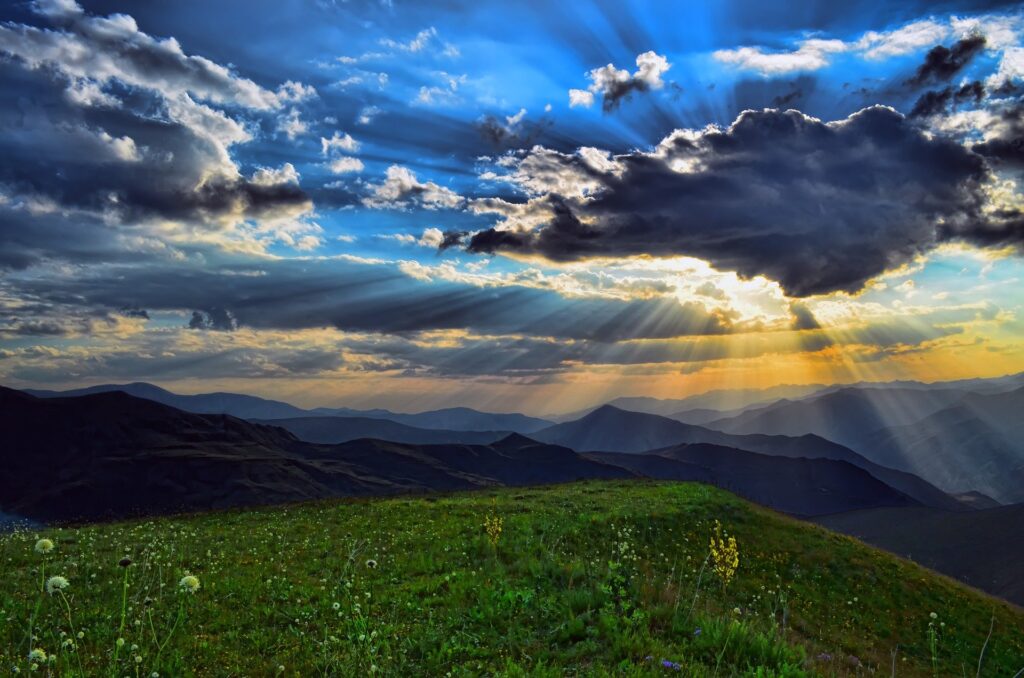 Blessed are the Peacemakers (Matthew 5:9)

Telemachus was a Christian who lived in the 4th century. He decided to go to Rome. He put his possessions in a sack and set out for Rome. When he arrived in the city, people were thronging in the streets. He asked why all the excitement and was told that this was the day that the gladiators would be fighting and killing each other in the coliseum. He ran to the coliseum and heard the gladiators saying, “Hail to Caesar; we die for Caesar.”

He thought, “This isn’t right.” He jumped over the railing and went out into the middle of the field, got between two gladiators, held up his hands and said, “In the name of Christ, forbear.” The crowd protested and began to shout, “Run him through. Run him through.” A gladiator came over and hit him in the stomach with the back of his sword. It sent him sprawling in the sand. He got up and ran back and again said, “In the name of Christ, forbear.” The crowd continued to chant, “Run him through.” One gladiator came over and plunged his sword through the little monk’s stomach and he fell into the sand, which began to turn crimson with his blood. One last time he gasped out, “In the name of Christ forbear.” A hush came over the 80,000 people in the coliseum. Soon a man stood and left, then another and more, and within minutes all 80,000 had emptied out of the arena. That was the last known gladiatorial contest in the history of Rome.

Telemachus was a “peacemaker.” He understood, perhaps better than most of us, that Jesus had called his people to be a peacemaking people. Jesus spoke this Beatitude to that extent: “Blessed are the peacemakers, for they shall be called sons of God.” This morning, we want to examine this blessing for peacemakers.

Blessed are the Peacemakers

We must first understand that Jesus does not pronounce a blessing on those who love peace. The idea here isn’t that we sit around and sing “Give Peace a Chance.” The word refers to those who make peace, those who actively seek peace. This word is not at all passive, but it’s active-people working for peace.

God did not simply want peace, but he made peace through the blood of Jesus. “Through [Jesus God reconciled] to himself all things, whether on earth or in heaven, making peace by the blood of his cross” (Col 1:20). God acted in order to have peace.

This Beatitude must have sounded quite strange to those who heard Jesus preach this Sermon. There were many Jews expecting the Messiah to come and subjugate many kingdoms under the power of Israel. After Jesus fed the five thousand, we read that Jesus perceived “that they were about to come and take him by force to make him king, Jesus withdrew again to the mountain by himself” (Jn 6:15). The accusation Pilate heard about Jesus was that he was the King of the Jews (Jn 18:33). That strongly suggests that the Jews who handed Jesus over to the Roman governor were nervous that he was about to “make waves” among the Roman authorities. But, why would they have been nervous unless the Jews misunderstood Jesus’ teaching about his Messiahship to mean he was about to establish an earthly kingdom?

Even Jesus’ disciples misunderstood and thought of the Jesus’ Kingship in terms of earthly power. Before Jesus went to Gethsemane, the disciples said to him, “Look, Lord, here are two swords” (Lk 22:38). How they planned to fight off a mob with simply two swords isn’t clear, but it seems that they were ready for a fight. When the disciples saw that Jesus was going to be arrested, they said, “Lord, shall we strike with the sword?” (Lk 22:49). Jesus doesn’t have time to answer, for Peter took out his sword and cut off the right ear of Malchus, the high priest’s servant (Jn 18:10-11).

Yet, Jesus himself was an instrument of peace, not strife.

Jesus came into this world and actively brought peace. If we are his disciples, we must seek to bring peace to this world.

How can Christians be peacemakers? How can we, like Jesus, bring peace to the world?

Those Who Make Peace Shall Be Called Sons of God

The Greek-speaking Jews in Jesus’ day had borrowed several figures of speech from Hebrew. That makes perfect sense on a couple of levels:

“Son of (whomever)” meant two things in Hebrew:

Thus, being called a “son of God” in this context means that we are acting like God. There can be no higher aim for the Christian than striving to act like God. “You therefore must be perfect, as your heavenly Father is perfect” (Matt 5:48). “Perfect” in this context means “mature.” But, let us no lose sight of the fact that Jesus calls upon us to be like our heavenly Father. “Be kind to one another, tenderhearted, forgiving one another, as God in Christ forgave you” (Eph 4:25).

President Calvin Coolidge invited some people from his hometown to dinner at the White House. Since they did not know how to behave at such an occasion, they thought the best policy would be just to do what the President did. The time came for serving coffee. The President poured his coffee into a saucer. As soon as the home folk saw it, they did the same. The next step for the President was to pour some milk and add a little sugar to the coffee in the saucer. The home folks did the same. They thought for sure that the next step would be for the President to take the saucer with the coffee and begin sipping it. But the President didn’t do so. He leaned over, placed the saucer on the floor and called the cat.

While the home folks were, no doubt, embarrassed by their social faux pas, they did precisely with President Coolidge what we need to do with God. We need to examine the Scriptures, see how he acts, and respond the same way. Are we acting like God?

As we’ve noticed in the other Beatitudes, this one, too, the blessing here shall be most fully realized in heaven: “The one who conquers will have this heritage, and I will be his God and he will be my son” (Rev 21:7). Will you be a “son of God” in heaven?