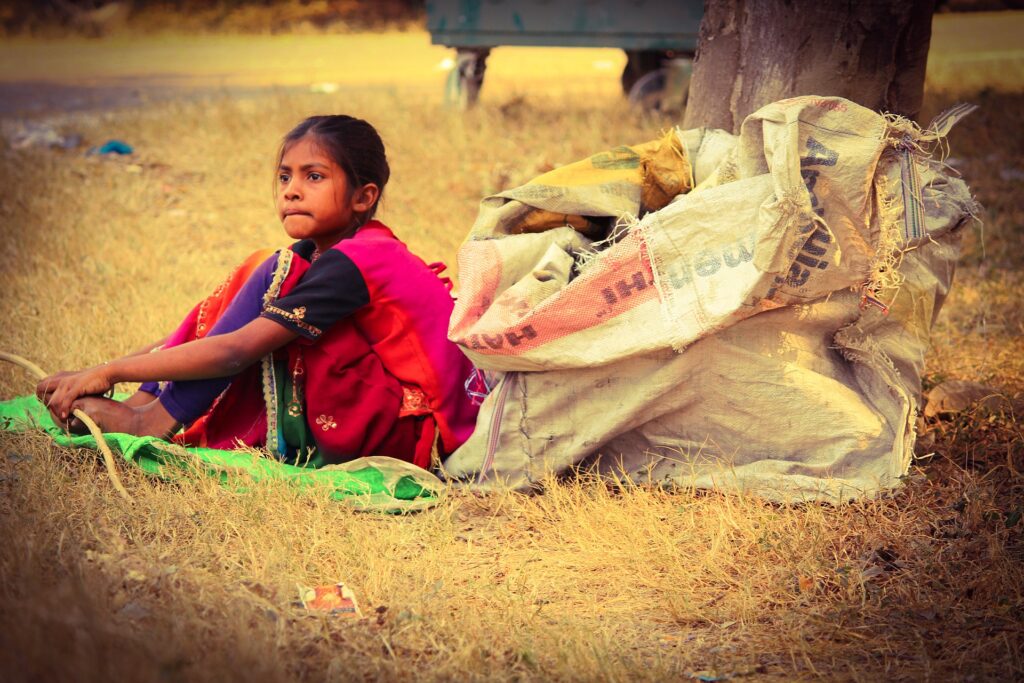 Blessed are the Hungry and Thirsty (Matthew 5:6)

In 2007, there were 923 million hungry people in the world, despite the fact that the world now produces annually enough food to feed twice the 6 billion people on the planet. One person dies every second from hunger. It is believed that between 2001 and 2004 that 58% of all deaths throughout the world were the result of hunger.

Food and water are two of man’s most basic needs. A man can only survive about 40 days without food and about a week without water. But, man not only needs physical food and water; he also needs the sustenance that only God can provide.

This fourth Beatitude speaks of needing this food and drink which only God can provide: “Blessed are those who hunger and thirst for righteousness, for they shall be satisfied.”

Blessed are Those Who Hunger and Thirst for Righteousness

We need to understand a couple things about hunger and thirst.

The hunger and thirst of which Jesus speaks involves the sense of extreme urgency and immediacy regarding one’s need of soul sustenance. The Greek terms Jesus uses demonstrate this. The word for “hunger” means “to be hungry, to suffer hunger, to be famished, to crave after.” The word for “thirst” means “to thirst, thirst after, long earnestly.” Many of those in Palestine in Jesus’ day were quite familiar with intense hunger and thirst. The average worker only earned about 15 cents a day. One could hardly feed his family well on this salary. The man in Palestine was never far from actual starvation. Jesus does not pronounce a blessing on those who want righteousness; he pronounces a blessing on those who crave righteousness just as intently as a starving man desires food and water.

The hunger and thirst depicted here are for total righteousness. This can only be understood by an examination of the Greek grammar. Usually, verbs of hungering and thirsting are followed by the genitive case. The genitive is translated into English with the preposition “of;” “of the man” is in the genitive case. The genitive which follows verbs of hungering and thirsting in Greek is called the partitive genitive, i.e., the genitive of part. The Greek-speaking man would say, “I hunger for of bread.” He desired some bread, not the whole loaf. The Greek-speaking man would say, “I thirst for of water.” He desired a drink of water, not all the water in the tank.

Are you hungering and thirsting for total righteousness? When we are faced with a moral dilemma, what do we choose? Do we choose to live righteously or do we give in to our flesh? When we have an opportunity to learn what God requires as far as our righteousness, do we take that opportunity or do we find something else to do?

They Shall be Filled

But, even in this life, is it not the case that God fills those who hunger and thirst for righteousness? How does he do so?

Is it the case this morning that you need to be baptized into Christ in order to have contact with his blood?

We are far from righteous. Romans 3:10. There is no one who by his own merits is perfect before God.

Man’s only hope is that somehow God will count him as righteous. Abraham found righteousness apart from the Law. Romans 4:9b-12. The big issue in the Roman church at the time Paul wrote was the relationship between Jewish and Gentile Christians. The Emperor Claudius had expelled all the Jews from Rome, so only the Gentiles were left to carry on the Lord’s work. When Claudius died, Jews were permitted to return to Rome and ethnic and cultural conflicts were inevitable. Paul stresses, therefore, that Abraham’s righteousness came without circumcision; God considered him righteous without that act, just as God would consider the Gentile believers righteous without circumcision.

There are some, of course, who say that this text teaches that man needs to do nothing but believe there is a God in order to have salvation. That is a gross misuse of this passage. Notice carefully what Paul writes at verse 12: Abraham’s righteousness apart from circumcision was “to make him the father of the circumcised who are not merely circumcised but who also walk in the footsteps of the faith that our father Abraham had before he was circumcised.” Therefore, in order to be made righteous, I must have the faith Abraham had before he was circumcised.

What kind of faith did Abraham have before he was circumcised? Romans 4:20-22. Abraham did not simply believe that God was and he had righteousness based upon faith. Rather, Abraham trusted God with his whole heart.

When you trust someone, you’ll act on what he or she says. If you trust your doctor, you’ll follow whatever course of treatment he or she thinks best. If I’m driving by your house late at night and notice huge flames shooting out of it, and I come up and start pounding on the door saying, “Your house is on fire,” if you trust me, you’ll get out. Because Abraham trusted God, he did what God instructed. Hebrews 11:8. Hebrews 11:17-19.