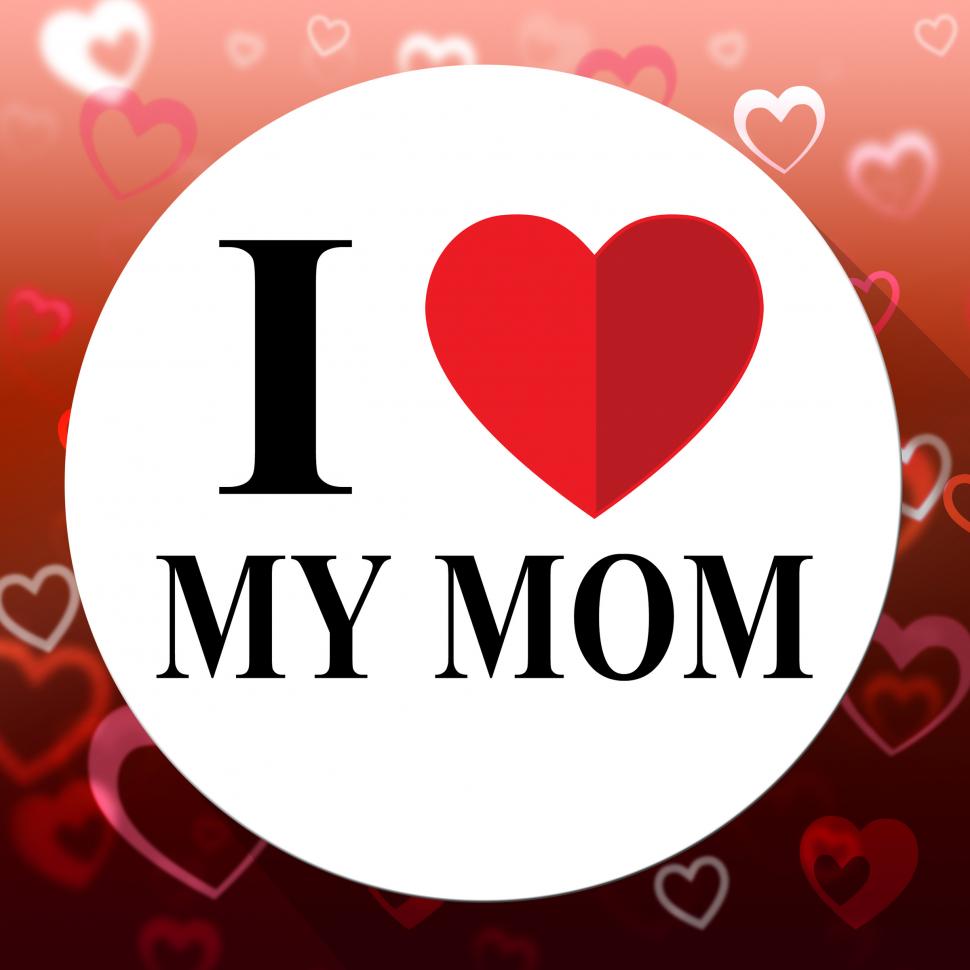 There is a group in the Dallas area called the Hot Tub Mystery Religion. Its adherents hold to no particular spiritual dogma, borrowing freely from such sources as Jewish mysticism, Roman paganism, Islam, and experimental art. One of its founders has compiled a recommended reading list for the faithful that includes sacred books from many of the world’s various religions The group has been known to treat nitrous oxide as a sacrament and to throw Jacuzzi parties-hence the name of the “Hot Tub Mystery Religion.”

Paganism is alive and well in America-from Hinduism to Buddhism to Islam. Of course, the paganism of our day cannot match the paganism of Jesus’ day. Because Jesus worked among Jewish areas, he did not encounter huge numbers of pagans. But, when the Gospel spread from Jerusalem, Judea and Samaria, encounter with paganism were frequent:

I know this is an unusual way to begin a Mother’s Day sermon. You would expect me to start with a cute little poem or a funny story concerning mothers and go from there. Yet, our text this morning doesn’t lend itself to that very easily. Matthew records that as Jesus went from Gennesaret to the shores Tyre and Sidon, a Canaanite woman came to him. This is the only time the word “Canaanite” occurs in the entire New Testament, and I’m convinced that Matthew purposefully chose to call this woman a Canaanite. Mark refers to her as a Syrophoenician and Gentile. Matthew, however, seems to have written his Gospel for Jews, and “Canaanite” carried much baggage for the Jewish psyche. The Canaanites are repeatedly mentioned in the Old Testament as those whom God would drive from the Promised Land. For example, “I will send an angel before you, and I will drive out the Canaanites, the Amorites, the Hittites, the Perizzites, the Hivities, and the Jebusites” (Ex 33:2). Matthew’s point is to paint this woman as an outcast among the Jews.

Here is a woman, according to Jewish thinking, who doesn’t have the right to come to the Messiah, let alone for him to cast a demon out of her daughter. But, come she does, and as she comes to Jesus, she teaches us vital lessons about motherhood.

“Behold, a Canaanite woman from that region came out and was crying, ‘Have mercy on me, O Lord, Son of David; my daughter is severely oppressed by a demon.” The way this woman references Jesus is quite amazing.

Why do we need mommies who know about Jesus? Because this pagan knew about Jesus, she was able to help her child. If mommies want to help their children now, they need to know about Jesus. “Hear, my son, your father’s instruction, and forsake not your mother’s teaching, for they are a graceful garland for your head and pendants for your neck” (Prov 1:8-9). Why would Solomon, in inspired Scripture, instruct his son not to forsake his mother’s teaching, unless she knew God and helped him to know God? “I am reminded of your sincere faith, a faith that dwelt first in your grandmother Lois and your mother Eunice and now, I am sure, dwells in you as well” (2 Tim 1:5).

There is an old Spanish proverb that says: “An ounce of mother is worth of pound of preacher.” That’s only true if mothers know Jesus and lead their children to him! Are you that kind of mother?

“Behold, a Canaanite woman from that region came out and was crying, ‘Have mercy on me, O Lord, Son of David; my daughter is severely oppressed by a demon.’ But he did not answer her a word. And his disciples came and begged him, saying, ‘Send her away, for she is crying out after us.’”

This pagan mommy was crying out to Jesus. It is quite unfortunate that the King James Version translates this as “cried unto him,” for the Greek refers to a repeated action in the past. While the King James Version might leave the impression that she only came and cried out to Jesus a couple times, the Greek makes clear that she wouldn’t shut up. Even while Jesus is ignoring her, she cries out over and over, “Have mercy on me and heal my daughter.”

How many children have been blessed with mothers who would not give up? Soon after Wil was born, he was slow to reach certain benchmarks such as sitting up and rolling over. When we would take him for his check-ups, Tammy would tell the doctor of her concern, but he would simply brush her off and say that she was overreacting. But, Tammy kept it up until Wil was finally diagnosed with low muscle tone, received appropriate therapy, and is now doing well. That would never have happened if Tammy hadn’t been persistent-especially since I agreed with the doctor!

As important as it is for mothers to be persistent when it comes to their children’s physical health, it is even more important that they are persistent in their children’s spiritual lives. “Let us not grow weary of doing good, for in due season we will reap, if we do not give up” (Gal 6:9). “The one who endures to the end will be saved” (Matt 10:22). Is that our style of parenting, a style that says, “I’ll never give up doing the right thing and I’ll never give up on this child?”

Paul Faulkner tells a touching story in Raising Faithful Kids in a Fast-Paced World. A family with four children adopted a teenage girl who had been involved in drugs and alcohol. The parents really believed they could make a difference in her life. The parents had done everything they knew to love and console her, but nothing seemed to work. They even allowed her to remain in jail for a couple days to help her understand the seriousness of her behavior.

Nevertheless, after she returned, the mother came in and found her destroying the house-pulling down pictures, breaking the TV’s, and smashing windows. The mother restrained her, and in the process the daughter broke one of her ribs. People in the community and in the church tried kept telling this family, “Let her go. After all, she’s not really your daughter.” The mother would reply, “Yes, I know. But, I told her that she was.” Today, because of her mother’s persistence, that young girl is a faithful Christian, married to a wonderful Christian man. Are we willing to be persistent with our children?

She Knew about Worship, v 25

“She came and knelt before him, saying, ‘Lord, help me.’”

The King James Version does a better job of translating this sentence than either the English Standard Version or the New International Version. The word used here is “worship.” While the term literally means to “bow” or “kneel” as the English Standard Version and New International Version have rendered it, the term most commonly refers to bowing in worship. The term came to mean “worship” by Jesus’ day, for the Orients would bow to their superiors, such as the king. It was a way of saying that the superior was greater than you. Thus, this pagan mommy, knowing that Jesus is far superior to her, prostrates herself at his feet and worships.

Do we have in our day mommies who know about worship? There have always been godly women who knew the value of worship. When Mary enters the house of Zechariah and Elizabeth, she breaks out in spontaneous worship, saying, “My soul magnifies the Lord, and my spirit rejoices in God my Savior” (Lk 1:46-47). When Mary and Joseph present Jesus at the temple, we read about the prophetess Anna: “She did not depart from the temple, worshiping with fasting and prayer night and day. And coming up at that very hour she began to give thanks to God and to speak of him to all who were waiting for the redemption of Jerusalem” (Lk 2:37-38).

Why is it important to have mommies who know the value of worship?

How important is worship in your life?

“Jesus answered her, ‘O woman, great is your faith! Be it done for you as you desire.’ And her daughter was healed instantly.”

This whole passage is about faith. This woman believed that Jesus could heal her daughter; therefore, she sought out Jesus for that healing. I believe we have often misunderstood the nature of true biblical faith. We often confused true biblical faith with mere intellectual assent. In other words, for most folks, “faith” is simply believing that there is a God and that Jesus Christ is his Son. That is, I’m convinced, one reason that there is so many see faith and works as opposed to each other.

True, firm faith is trust. It is an assurance that what God has said is true. “By faith Noah, being warned by God concerning events as yet unseen, in reverent fear constructed an ark for the saving of his household. By this he condemned the world and became an heir of the righteousness that comes by faith” (Heb 11:7). Why did Noah build the ark? Because he trusted God when the Lord said that he would bring a flood on the earth. “By faith Abraham obeyed when he was called to go out to a place that he was to receive as an inheritance. And he went out, not knowing where he was going” (Heb 11:8). Why would Abraham leave familiar surroundings when he didn’t even know the destination? Because he knew that God would give him a land as an inheritance as God had said; he trusted.

How much do we trust God? Do you need to come and demonstrate your trust in him this morning?