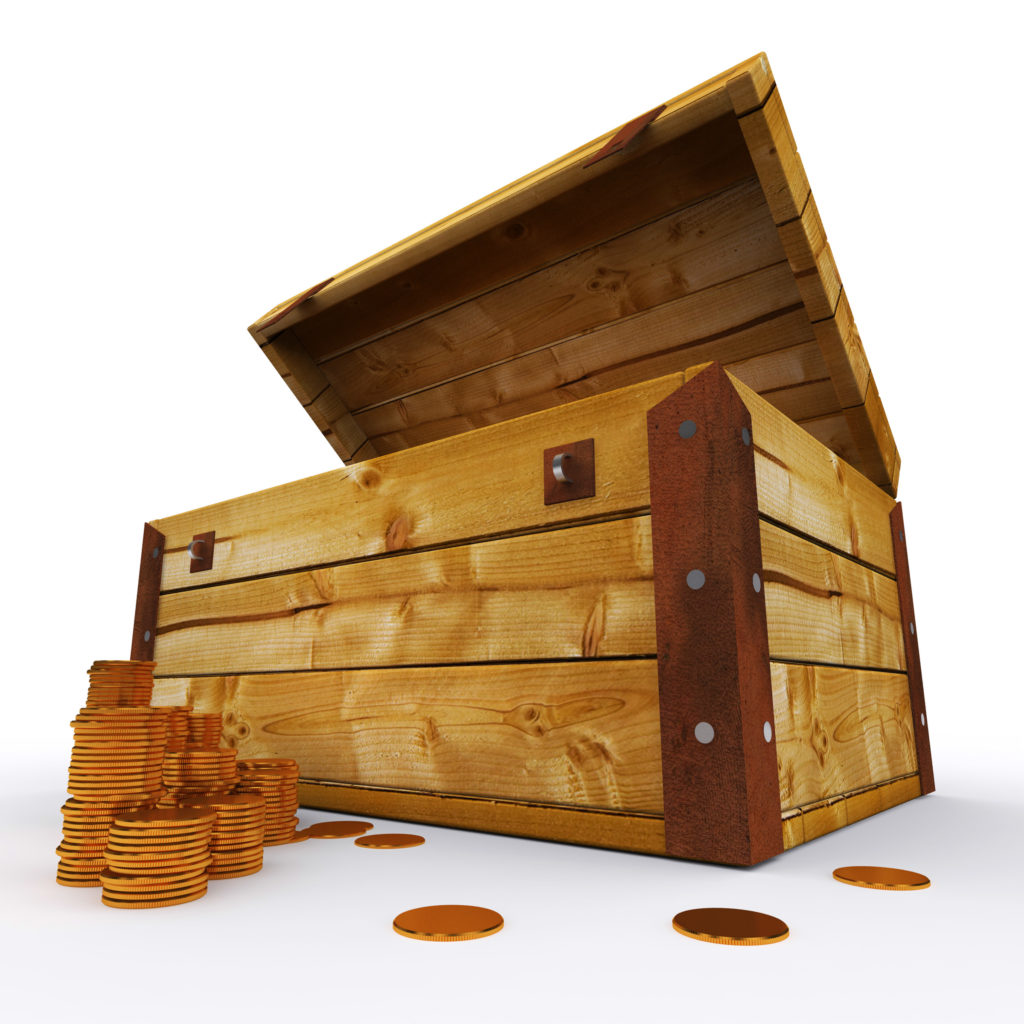 A few years back, Wilson wanted bunk beds. That was fine and dandy, but Tammy and I talked and came up with a plan. We told Wil that we provided him with a perfectly good bed and if he wanted bunk beds that he was going to need to save up his money from Christmas, birthdays, and the like to buy them.

When you tell Wilson to save his money, he takes it as a challenge, and it won’t be long until that boy has money saved. He bought the bunk beds off a teacher who worked with Tammy. If my memory is correct, the teacher wanted $200 for the bunk beds. When Tammy told her that Wil had saved his own money, she gave $75 or so of the money back to Wil.

Tammy and I were very relieved when Wil purchased those bunk beds, because our spare change would be safe again. If I emptied my pockets and put a buck fifty or so on the nightstand, it was very likely going to be confiscated for Wil’s bunk bed fund. If I forgot to empty my pockets and the money showed up in the washing machine, Wil had no trouble marching right in and taking the money for his own. Wil tried to gather up everything he could to purchase those bunk beds.

Tammy and I wanted to teach Wil the value of saving and then purchasing what you want.

Most all of us have savings accounts of one sort or another. Maybe you’re putting money back to take a nice vacation . . . or for the down payment on a nice home . . . or for your children’s education . . . or so that you have enough to retire.

But, have you ever thought about taking every dime out of savings, maxing out all your credit cards, and selling everything you have to buy just one thing?

I don’t know enough about pearls to buy them. My grandmother had a beautiful pearl necklace with three long strands—yes, they were real pearls—my mom wore them to Mamaw’s funeral, and Mom still has that necklace. I don’t know how Mamaw ever afforded a pearl necklace like she had—It may have been passed down from a previous generation.

In this morning’s text, Jesus tells us of the worth of selling everything for the kingdom of heaven.

However, how often do we say, “Life as a Christian is not an easy life. You’ll need to give up much and it can be a very high price?” The Lord Himself told us how high the cost of discipleship really is: Luke 14:25-33. Notice that the Lord turns to the large crowds who are following Him and says this. The Lord doesn’t simply want followers; the Lord wants people who give up everything and become His true disciples.

Let’s take a look at these two parables and seek to apply them to the modern world.

The Parable of the Hidden Treasure (v 44):

The kingdom of heaven is like treasure hidden in a field. Obviously, there was banking in the days of Jesus; the Lord even mentions drawing interest at a bank in the Parable of the Talents.

However, many rich folks still buried their treasure in their fields. That sometimes was considered safer than putting it in a bank. Even in our own time, how many of us have had parents or grandparents horde a great deal of cash at home because they saw so many banks fail during the Great Depression?

The poor in the days of Jesus often told stories of buried treasure. It was a way for them to cope with the harsh realities of their lives.

“For joy over it”: This treasure is going to cost this man dearly, but he is joyful.

He sells all that he has and buys that field. The treasure in the field is worth far more than all he owns; therefore, he sells it all and takes possession of the land.

The kingdom of heaven is like a merchant seeking beautiful pearls.

In the days of Jesus, divers looked for pearls in the Red Sea, Persian Gulf, and Indian Ocean. Now, when I read about divers in the days of Jesus, I really thought someone was pulling one over on me. I simply couldn’t see how folks could dive with such limited technology as they had in Jesus’ day. But, I looked it up and people really did dive in the ocean during Jesus’ physical lifetime.

When the man finds a pearl of great price, he sells all that he had and bought it. Pearls in Jesus’ day could be sold for the equivalent of several million dollars. The man sold everything he owned in order to take possession of that pearl.

Notice that in both parables both men gave up every physical possession in order to own the treasure or the pearl.

Who could blame these men for giving up everything to buy the field or the pearl? We would have done precisely the same thing.

If you could sell everything you have and make an investment that would pay for itself many times over, you’d be foolish not to make that investment. If you could sell your cars, your house, and every possession and buy a field wherein millions upon millions of dollars were buried, you’d be a fool for not doing that. If you could clean out your bank account, savings, and 401K in order to buy a pearl worth billions of dollars, you’d need to have your head examined for passing up that opportunity.

I think that’s important as we move forward with applying this text. Yes, Jesus calls upon us to leave everything we have and everything that we are—“The kingdom of heaven costs us greatly”—but the reward is far greater than the everything we give up. The forgiveness of sins is worth far more than what repentance might cost me. Heaven is a permanent dwelling; therefore, a heavenly home is worth far more than the temporary things in my life. Let’s think about how we go about doing that.

“The kingdom of heaven costs us greatly.” Specifically, what things does the kingdom cost us?

The kingdom of heaven costs us our finances.

Jesus taught us that if we are committed to the kingdom of heaven, we will give every last penny to His cause. When the rich young ruler came to Jesus, the Lord said, “If you want to be perfect, go, sell what you have and give to the poor, and you will have treasure in heaven; and come, follow Me” (Matt 19:21). When a poor widow put in the last she had, Jesus praised her: Mark 12:43-44.

Surely Jesus doesn’t want us to give all that we have, does He? I think you know how I’d answer if I were a televangelist. I’d tell you to give everything to my organization, and I’d wear my $5000 suit and my Rolex while driving my Lamborghini to the bank.

How do you bring every last cent into submission to the will of God?

I believe it begins with a budget.

Here are some questions to ask about your budget:

How much does money affect who I am?

The kingdom of heaven costs us our priorities.

In both of these parables, the kingdom of heaven takes over the folks’ priority list. The farm worker who finds the treasure in the field moves heaven and earth to take possession of the field. Between the time he finds the pearl of great price and the time he purchases the pearl, the merchant can think of nothing else.

We need to grasp the kingdom of heaven with the same amount of enthusiasm. That’s what the Lord Jesus tells us: “Seek first the kingdom of God and His righteousness” (Matt 6:33).

How do we make the kingdom of heaven first on our priority list?

Worship will have a place of priority.

We’re not to forsake “the assembling of ourselves together, as is the manner of some, but exhorting one another, and so much the more as you see the Day approaching” (Heb 10:25).

The work of the kingdom will have a place of priority.

“My beloved brethren, be steadfast, immovable, always abounding in the work of the Lord, knowing that your labor is not in vain in the Lord” (1 Cor 15:58).

How do we make kingdom work a priority?

In both of this morning’s parables, the one who sold everything he had was very blessed. In other words, the investment greatly paid off.

We know that if we’re faithful to the Lord we also will be greatly blessed. “Assuredly, I say to you, there is no one who has left house or parents or brothers or wife or children, for the sake of the kingdom of God, who shall not receive many times more in this present time, and in the age to come eternal life” (Lk 18:29-30).

What benefit do you have because you have left all for the kingdom of God?