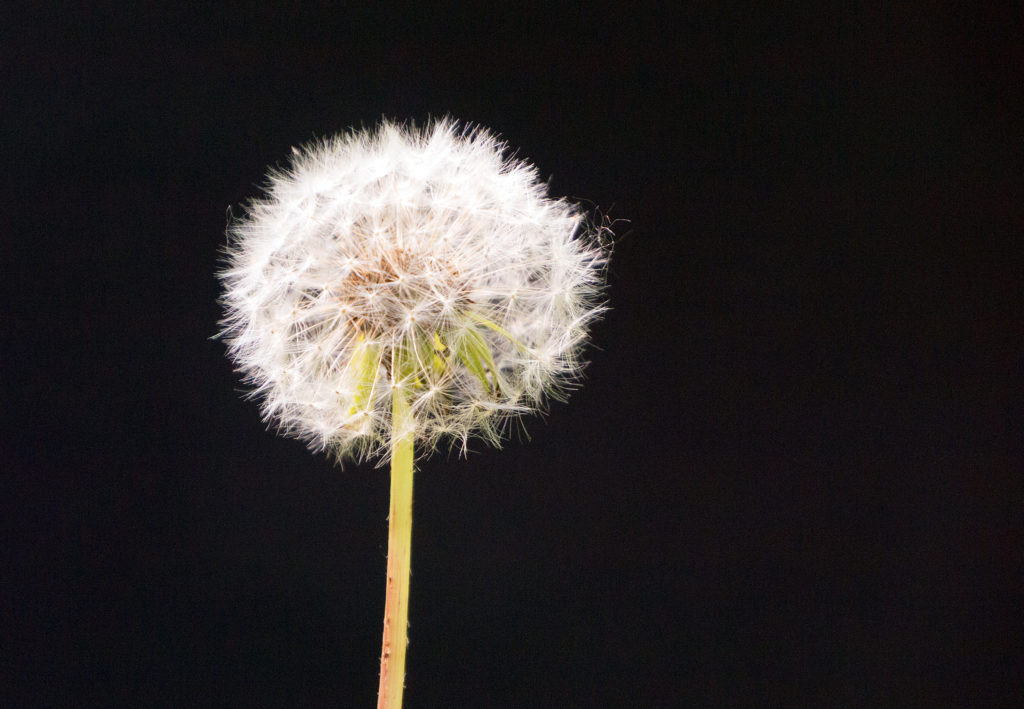 I told you last week that Papaw Lee grew a big garden. I associate gardening with him, and there are certain vegetables I cannot eat without thinking of him.

And, every time I see a dandelion, I think of Papaw Lee. You see, Papaw could not stand having a single dandelion in his yard—the yard had to be perfect. In his storage shed, he kept an old Joy detergent bottle full of gasoline. Every afternoon when he got home from work, he would go to every dandelion in his yard and put a single drop of gasoline in the middle of the flower. Sure enough, the next day all those dandelions would be gone, and the fight was on to other dandelions that might have grown up.

I don’t particularly like dandelions, but I’ve never gone to Papaw’s lengths to get rid of them. Last summer, I had some pesky weeds that simply would not die. I very carefully placed a little gasoline on them, and the next morning they were gone, and I had no further trouble with them.

I’m confident that some of you have trouble with weeds. You may need to spend a good bit of time hoeing your garden to keep the weeds down. You may buy weed killer, and it might only work so well. If you raise a garden, weeds are a pest you simply must control.

Weeds, however, are nothing new; Jesus talks about an aggressive weed in this morning’s text, and He makes an important spiritual application.

I started not to preach this text this morning. Last week I preached the Parable of the Sower, and I was thinking that doing the Parable of the Wheat and Tares might be too much. But the only real similarity in the parables is that they are both based on an agrarian lifestyle. Plus, Jesus taught both these parables on the same day, and if He could do that, I’m pretty sure I can preach them a week apart. Therefore, we want to spend some time this morning thinking about the important lesson Jesus teaches.

Jesus tells this parable in response to the Pharisees’ rejection of His Messiahship back in Matthew 12. The Lord, as we’ll see, makes this parable very universal and applies it to everyone. This parable shows what a horrible fate awaits those who would reject Jesus’ Messiahship.

verse 24:
Jesus doesn’t mean that the sower is like the kingdom of heaven; rather, He means that the entire parable is quite similar to the way things work in His kingdom. The farmer sowed good seed in his field. The abundant harvest the seed brings forth will be evidence that this truly is “good seed.”

verses 36-38:
After Jesus finished His parable, He went back into the house. In verse 1, Jesus goes out of the house; here, He reenters the house. The fact that Matthew bookends chapter 13 with the house ties this back to chapter 12 and the Pharisees’ rejection of Jesus’ Messiahship.

The One sowing is the Son of Man, the field is the world, and the good seeds are the sons of the kingdom.

Jesus places the seed in the world. I think the fact that the sons of the kingdom are presented as seeds says that the Christian life is one of constantly growing and maturing. Only when it’s time for the harvest—when no more growing is possible—is the wheat harvested. Instead of being taken out of the world, we’re placed in the world to be salt and light.

Notice that the good seeds are the sons of the kingdom. When we read the word “kingdom,” we need to think of the reign of God. “The LORD of hosts, He is the King of glory” (Ps 24:10). “Now to the King eternal, immortal, invisible, to God who alone is wise, be honor and glory forever and ever. Amen” (1 Tim 1:17).

The “sons of the kingdom,” therefore, are those who have enthroned God upon their hearts—they are loyal subjects of the great King.

verses 25-30:
An enemy came at night sowed tares among the wheat. Bread was the most basic element of the ancient Palestinian diet; therefore, wheat production was absolutely vital.

There is a poisonous weed we today call darnel; most translations call this weed “tares.” Darnel looks identical to wheat in the early stages of growing (until the ear appears you cannot really tell these two plants apart); in fact, some parts of the world refer to the plant as “false wheat.”

Darnel is a parasitic plant that affects wheat fields. Fields were normally weeded in the spring. However, you wouldn’t want to weed too much after the crop began growing, because you might pull up the wheat instead of the darnel, for their roots become very intertwined.

When it was time for harvest, you would harvest the two separately.

Notice, however, that the darnel even served a purpose—it would be burned; because we read about the harvest, I think it’s safe to assume that this idea is to burn for warmth.

verses 38c-42:
The tares are the sons of the wicked one, Satan is the one who sowed them, the harvest is the end of the age, and the reapers are the angels.

At the end of the age, the Son of Man will send out His angels to gather out of His kingdom all things that offend, and those who practice lawlessness and cast them into the furnace of fire.

Notice that the angels will gather those who offend and practice lawlessness out of His kingdom. They had been sown in the world, but now they are in the kingdom. The idea is clearly that not everyone who claims to be a Christian really is a Christian. Some of my biggest disappointments have come at the hands of folks who were supposed to be Christians. Jesus also told us this—Matthew 7:21-23.

The angels will remove those who offend and practice lawlessness.

Offend here doesn’t mean that you do something I don’t like. The Greek term refers to an animal trap. The idea is that the offender entices someone to sin—this person leads others to sin in the same way that he sins.

“Lawlessness” stands as the polar opposite of “kingdom living.” In the kingdom, we seek to live by God’s laws; the very idea of the kingdom is that we have recognized the sovereignty of God and are living under it. “Lawless” folks refuse to live under God’s sovereignty.

The lawless ones will be gathered up and thrown into the furnace of fire where there will be weeping and gnashing of teeth. This obviously refers to hell and the horrible fate that awaits the unrighteous.

verse 43:
Because of the righteousness of God, those who themselves are righteous will shine forth in the kingdom of God. “Beloved, now we are children of God; and it has not yet been revealed what we shall be, but we know that when He is revealed, we shall be like Him, for we shall see Him as He is” (1 Jn 3:2).

Since the great separation is coming at the last day, why not go ahead and separate ourselves from the rest of the world?

How do you separate yourself from the world?

Baptism into Christ separates you from the world.

Romans 6:3-4. 1 Corinthians 10:1-2. What does it mean to be baptized into Moses? The Red Sea was the demarcation line for the people of God. Before the Red Sea, the children of Israel were captives in Egypt, and after the Red Sea they were separated from Egypt and were on their way to the Promised Land. In the same way, baptism into Jesus is a demarcation line—We enter the water as part of this world, and we come forth to walk in newness of life.

Living in Jesus separates you from the world.

Notice carefully what Jesus says about the tares—they are those who offend and practice lawlessness.

Take a hard look at your life. How separate are you from the world? What sin do you need to cut out of your life?

As you look at the state of the church today, you can see many causes for worry. One of brotherhood schools has proudly declared that they are having their first female preaching student this fall. There are congregations that are cozying up to denominations and are becoming indistinguishable from such groups—I have some dear friends who have left truth for error. The church in today’s world is in a perilous place.

One of the messages of this parable is that judgment will come upon those in the church who are not faithful to Jesus. Notice the calmness of the landowner; the servants wanted to go in and take care of the tares, but the landowner knew eventually he would separate the wheat from the tares and have a good harvest.

As we look at the condition of the modern church, we might want to become discouraged. But, we know that God will punish and have a good harvest. Daniel 2:44. “We are receiving a kingdom which cannot be shaken” (Heb 12:28).

What a blessed thought of the victory of God! Are you a member of that kingdom?