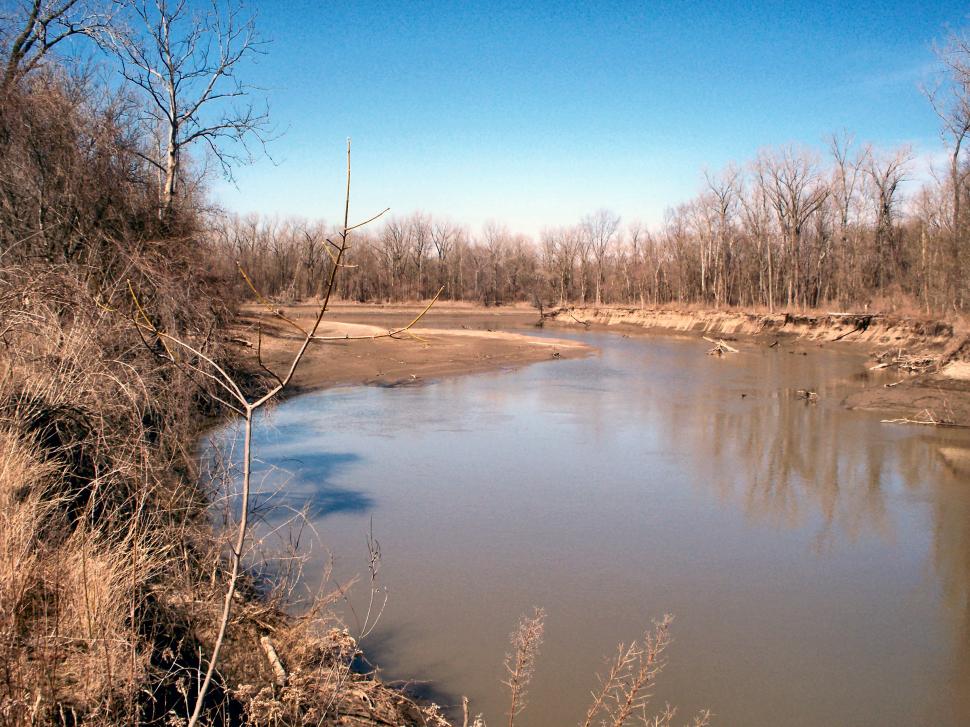 Flip on the TV this weekend and you’re likely see a bunch of commercials touting a variety of next-generation SUVs. Each ad looks about the same – attractive people load up their oversized 4 x 4 to head out over some terrain negotiable only by Rocky Mountain bighorn sheep, throwing up dirt and gravel all the way. The automotive action is usually followed by an image of the same folks setting up camp or jumping into a kayak or dangling off a rock. Looks like fun.

The truth is that only about 5 percent of SUVs are ever taken off-road, which means that you’re more likely to see a Range Rover at Starbucks, for example, than anywhere near a mountain lake. For most SUV owners, the looks and the possibility of one day actually locking in the four-wheel drive are worth the extra bucks in the purchase price. Given the current debate about rising gas prices, oil shortages, environmental impacts and alternative energy, however, one can understand why some SUV owners feel they need to explain themselves to their green-thinking peers. Why have a four-wheel drive if the only dirt those four wheels will ever touch is the fringe of the kids’ soccer field?

But wait! Thanks to a new product, SUV owners don’t need to put up with either the guilt or the critics with “Sprayonmud” they can create the illusion that their SUV has, on more than one occasion, been baptized in mountain mud. For a mere $14.5 per quart-size bottle you can buy actual mud to spray on your vehicle in order to make it look as though you’ve just bumped back from a wild wide in the wilderness, when, in fact, you’ve been merely hiking through the aisles at Sam’s. Says the promotional material, “If you’ve got a 4 x 4 or off-roader, Sprayonmud will send a message to anyone who disapproves or is just plain envious – you use your off-roader, off the road as well as on it.” Inside each quart-sized plastic container is real dirt from the UK (where the product originates), mixed with water and a “secret ingredient” which helps the mud stick to the vehicle’s body. A few strategic squirts on the fenders and you’ve got an Explorer that’s dirtier than a mudslide.

Real off-roaders, though, know that the best mud is free and generally available. Their vehicles wear that mud as a badge of honor, marking them as adventurers. Fake-mudders mark themselves as, well, fakers. To be real you have to go where the dirt is.

When Jesus burst on the scene in first-century Israel, one of his first actions was to mark his life and ministry with some real mud. He traveled way off-road, all the way out into the Judean wilderness, to see his cousin John, the quintessential rugged individualist. In the manner of other ancient Israelite prophets, John lived a solitary life amid sand and snakes but preached a message so compelling that people were willing to get their feet dirty and go find him.

John stands in the notoriously dirty and muddy water of the Jordan and preaches a “baptism of repentance for the forgiveness of sins” (v. 4). This morning, we want to look at that muddy baptism in the Jordan to see what we might learn. We learn about both John’s baptizing the Jews and his baptizing Jesus.

Baptism is for Cleansing, vv 4-5

John arrived on the scene and preached a “baptism of repentance for the forgiveness of sins.” The Jews were quite familiar with ceremonial washings. Exodus 30:17-21 – Any time Aaron or his descendants went to minister before God in the tabernacle, they were to wash their hands and their feet. But, the only one-time washing in ancient Judaism was for proselytes. When a Gentile wished to convert to Judaism, he had to undergo circumcision and immerse himself in a pool of water. Ceremonially, he cleansed himself from the guilt and pollution of paganism.

John told his audience the purpose of his baptism: it was a “baptism of repentance for the forgiveness of sins.” John’s baptism was a baptism of repentance in that the people who were baptized entered a state of repentance. In other words, in being baptized, the people pledged themselves to the repentance of their sins. Repentance plays a vital role in our being cleansed of sin, too. “Repent and be baptized, every one of you, in the name of Jesus Christ for the forgiveness of your sins” (Acts 2:38). “Repent, then, and turn to God, so that your sins may be wiped out” (Acts 3:19).

John’s baptism was “for the forgiveness of sins.” In being baptized, the people would have their sins forgiven. If we desire to be cleansed of sin, we also need to be baptized. “Repent and be baptized, every one of you, in the name of Jesus Christ for the forgiveness of your sins” (Acts 2:38). “This water [the water of the flood] symbolizes baptism that now saves you also – not the removal of dirt from the body but the pledge of a good conscience toward God. It saves you by the resurrection of Jesus Christ” (1 Pet. 3:21).

Jesus came to be baptized by John. John recognized that his baptism had to do with the forgiveness of sins, and Jesus had no sinfulness. In Matthew’s account, we see John’s protesting Jesus’ baptism. John told Jesus, “I need to be baptized by you, and do you come to me?” (Matt. 3:14). You know what Jesus said that got John to consent: “Let it be so now, it is proper for us to do this to fulfill all righteousness” (Matt. 3:15). Jesus’ baptism, in other words, was the right thing to do.

When Jesus was baptized, a voice came from heaven and said, “You are my Son, whom I love; with you I am well pleased.” Jesus’ baptism designated him to be the Son of God. Some heretics in the early church taught that Jesus wasn’t the Son of God until he was baptized. That’s not the truth – that’s the reason I called those who advocated such “heretics.” Jesus referred to himself as the Son of God before his baptism – when Mary and Joseph lost Jesus in Jerusalem and finally found him in the temple, Jesus said, “Didn’t you know I had to be in my Father’s house?” (Lk. 2:49)

However, Jesus’ baptism demonstrated to the world that he was the divine Son of God. A voice from heaven declared to all who were there that Jesus was the Son of God, but we don’t have any way of knowing how many were there when Jesus was baptized – or if anyone was there besides Jesus and John. But, do notice what John said, “I would not have known him, except that the one who sent me to baptize with water told me. ‘The man on whom you see the Spirit come down and remain is he who will baptize with the Holy Spirit'” (Jn. 1:33).

When we are baptized, we become children of God. “You are all sons of God through faith in Christ Jesus, for all of you who were baptized into Christ have clothed yourselves with Christ” (Gal. 3:26-27). The “for” in that text shows that becoming a child of God and being baptized into Christ occurs at the same time.

It’s a great privilege to be a child of God! “To all who received him, to those who believed in his name, he gave the right to become children of God – children born not of natural descent, nor of human decision or a husband’s will, but born of God” (Jn. 1:12-13). “How great is the love the Father has lavished on us that we should be called children of God. And that is what we are!” (1 Jn. 3:1).

Think of the privileges of being God’s child. When I pray, I know God hears my prayers. When I stumble, I know God is there to help me up. When I die, I know that God is on the other side waiting to receive me into his eternal kingdom. Are you a child of God with all the privileges which come from the relationship?

Baptism is for Ministry

Only after his baptism did Jesus begin his ministry – “After John was put in prison, Jesus went into Galilee, proclaiming the good news of God” (Mk. 1:14).

As we examine the New Testament, we find multiple accounts where individuals began serving after they were baptized. After roughly 3,000 were baptized at Pentecost, we read, “All the believers were together and had everything in common. Selling their possessions and goods, they gave to anyone as he had need” (Acts 2:44-45). After Saul of Tarsus was baptized, we read, “At once he began to preach in the synagogues that Jesus is the Son of God” (Acts 9:20). About Lydia, we read, “When she and the members of her household were baptized, she invited us to her home. ‘If you consider me a believer in the Lord,’ she said, ‘come and stay at my house.’ And she persuaded us” (Acts 16:15).

Jesus served after his baptism, we have several examples from the New Testament where people served after they were baptized, and we need to serve after our baptism. The Scriptures call upon us to be a ministering – serving – people. “Whoever wants to become great among you must be your servant, and whoever wants to be first must be slave of all” (Mk. 10:43-44). After Jesus washed the disciples’ feet, he commanded them, “Now that I, your Lord and Teacher, have washed your feet, you also should wash one another’s feet” (Jn. 13:14). “As we have opportunity, let us do good to all people, especially to those who belong to the family of believers” (Gal. 6:10).

Someone once asked Albert Schweitzer, a well-known theologian who left the college classroom to go to Africa to help others, to name the greatest person alive in the world at that moment. Schweitzer, who could have named many as deserving of the honor, replied quietly: “The greatest person alive in the world at this moment is some unknown individual in some obscure place who, at this hour, has gone in love to be with another person in need.” How great are you at the moment? How much serving of your fellow man are you doing? Have you committed yourself because of your baptism, to serve others?

Do you need to come this morning and be baptized into Christ for the remission of your sins, to receive God’s favor, and to be raised to walk the paths of service?