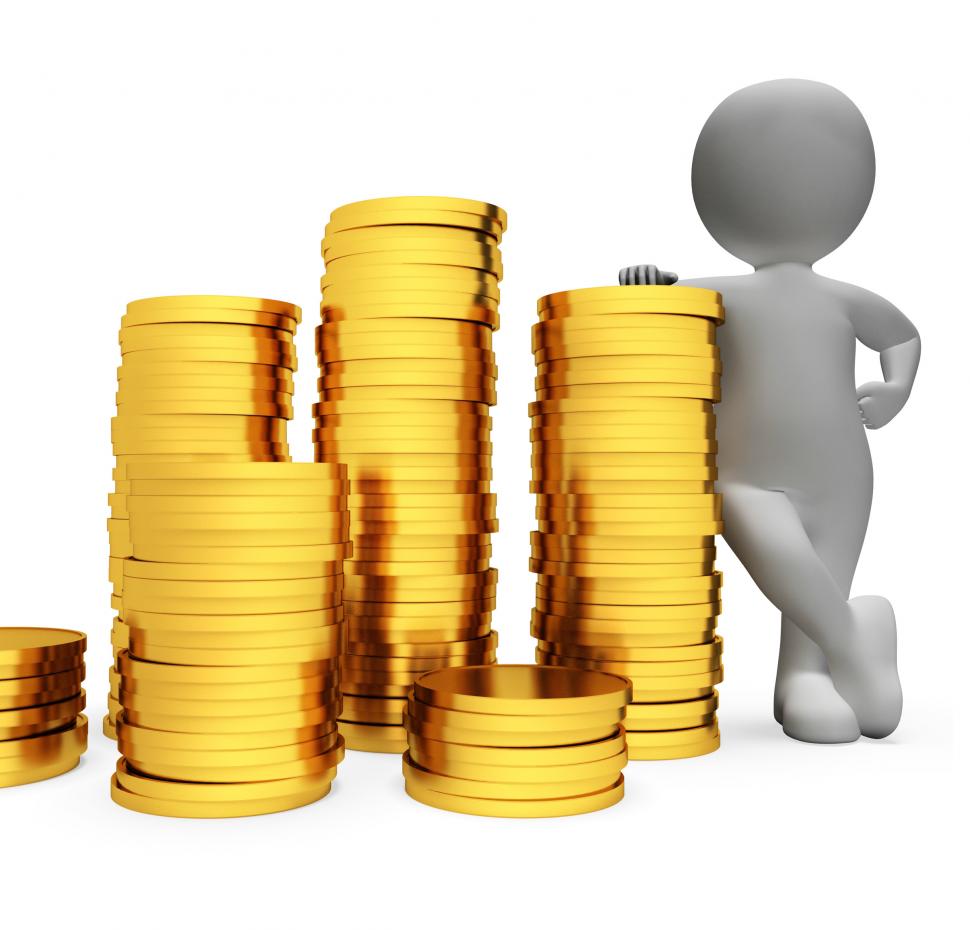 There are a few days in my life when I’ve felt very, very rich. When I was about ten years old, my family went to “Midnight Madness” at TG&Y. They were doing a drawing for a $50 gift certificate. A store clerk handed out tickets with numbers on them when you entered the store. They pulled the number out and each number on my ticket matched-I had won the gift certificate! I started running up the aisles, waving my ticket above my head, and yelling, “I won! I won!” Mom and Dad had a hard time keeping up with me! I gave my brothers a little money and I got the train set that I had been wanting for a long, long time. My total came to $75, so Mom and Dad had to come up with a little extra to help me out. I felt so rich!

This morning’s text speaks to the rich. I’ve heard before that preachers just shouldn’t mention money from the pulpit. You know better than that. Preaching the whole counsel of God includes preaching what the text says about money. In fact, we have more recorded words of Jesus concerning money than anything else.

This text has been on my heart a good deal lately. When you lose work, money takes on a totally new dimension. I went three-and-a-half months without a paycheck. But, we had savings and we managed to live better than many people in this country and most everybody in other countries. As we have moved our stuff here, there have been many times I’ve wondered, “Why did I buy this?” Not only because I have to move it, but because it’s “junk.”

This man ran-Seems that this man had a burning, burning question to ask Jesus.

“Good Teacher, what must I do to inherit eternal life?”-This man recognized Jesus as a Teacher capable of answering such an important question.

No one is good but God alone. A central truth of Christianity is that we are not good people. “There is none righteous, no, not one” (Rom 3:10). We just had the Lord’s Supper-it is a constant reminder that I am not a good person! We want to think of ourselves as good, but Jesus reminds us that only God is good.

Jesus tells this man to keep the commandments, and the man says that he has kept the commandments from his youth. I believe him. Everything in this text indicates that this is a devout man trying to obey the Law. Jesus doesn’t contradict the man. Jesus sees this man and loves him (v 21). Yes, I know that Jesus loves everyone in this world. But, it seems to me that Jesus has a special love for this man, because He sees a man who really wants to go to heaven and is trying to keep the Law.

Jesus, however, sees this man’s heart and knows that “stuff” has a stranglehold on his heart.

The man is to sell everything he has and give to the poor. Never before or sense has such a demand been made on people. The widow gave her two mites, but she did that freely (Mk 14:41-44). Barnabas and others voluntarily sold goods to give to the needy (Acts 4:34-37), but there’s no indication in the text that they sold everything they had. The Macedonians gave more than they were able for famine relief (2 Cor 8:3), and they had to beg Paul to take it (2 Cor 8:4). That’s one reason I’m confident that this had absolutely nothing to do with the amount of stuff this man had. Instead, his stuff had hold of him.

He went away grieved, for he had great possessions. He loved his stuff so much that he wasn’t about to get rid of any of it.

It’s hard for the rich to enter the kingdom of God.

The disciples didn’t like that saying, so Jesus-making sure they understand-says it’s easier for a camel to go through the eye of a needle than for a rich man to enter heaven. Some will say that Jesus speaks about a gate in Jerusalem. Problem is that gate wasn’t built for over a thousand years after Jesus makes this statement. Jesus isn’t speaking about what’s difficult. He is speaking about what’s impossible-He takes one of the smallest things known to the Jews and the largest animal in Palestine and combines them. “With man it is impossible, but not with God. For all things are possible with God” (v 27). Jesus’ point is quite plain: Apart from God’s changing the heart, rich people aren’t going to go to heaven.

“Stuff can keep you out of heaven.”

What does a generous church and a generous people have to learn from this hard teaching of Jesus?

I want you to understand that YOU are the rich about whom Jesus speaks. We want to apply this text to Bill Gates, Warren Buffett, movie stars, sports stars, etc. But, we are among the richest people in all the world. This afternoon take the time to go to globalrichlist.com. There you can enter your yearly salary and see how you stack up against the world’s population. Your preacher ranks in the top 1% of the world-I am richer than 99% of the world’s population. In fact, 85% of the world’s population lives on about $2,100 a year. When Jesus says that it’s hard for a rich person to enter heaven, he’s talking about ME!

Thank God for the material blessings in your life. The material things we have in this life come from the hand of God. “Yet he did not leave himself without witness, for he did good by giving you rains from heaven and fruitful seasons, satisfying your hearts with food and gladness” (Acts 14:17). “Every good gift and every perfect gift is from above, coming down from the Father of lights, with whom there is no variation or shadow due to change” (Js 1:17). It’s only right that we thank God for the bountiful blessings in our lives. “For everything created by God is good, and nothing is to be rejected if it is received with thanksgiving” (1 Tim 4:4). Make a list of the many physical blessings God has placed in your life and spend time pouring your heart out in thanksgiving over that list.

We must constantly be careful that we don’t use our “stuff” in worldly pursuits. So much of what we have can keep us from pursuing righteousness. What we see/hear in media can desensitize us morally. “Do not be deceived: ‘Bad company ruins good morals.’” (1 Cor 15:33). The same can be said of evil media!

We can love our “stuff” so much that we have little time for God. How many folks will not miss that favorite TV show but might miss Bible reading? How many guys will have time to hunt, fish, golf, etc., but not have time to pray?

“Stuff can keep you out of heaven.”

Let us be those who refuse to allow our stuff to keep us out of heaven!