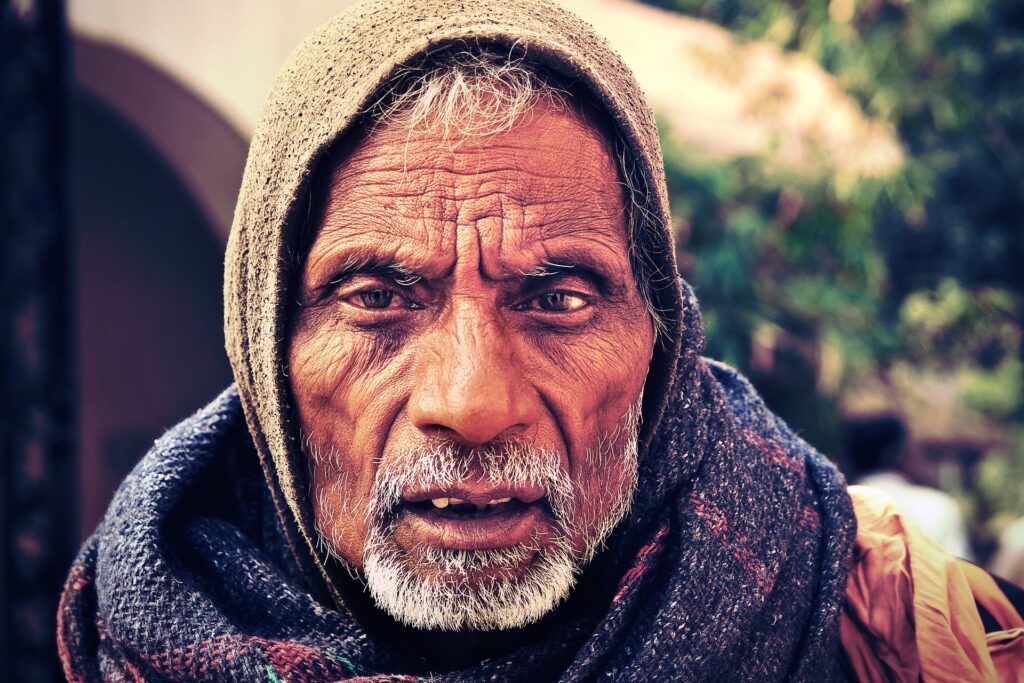 When Marie Antoinette was on her way to Paris to become queen, a command was given that no sick nor crippled ones should be permitted by the wayside, that she might not be troubled by the sight of suffering. So many are like that today-they don’t want to be affected by the suffering of others. Many have told me, “I don’t go to the hospital, nursing home, or funeral home, because it just creeps me out.”

A leper came to him, knelt before him and said, “If you are willing, you can make me clean.” Leprosy was a terribly dreaded disease. There are two types of leprosy, but one type seems primarily in view in the Bible. It began with brownish-red spots on the face, ears, forearms, thighs, and/or buttocks. These spots would become thickened nodules and, losing their skin covering, become ulcers with subsequent loss of tissue and then contraction and deformity. Those with leprosy were outcasts from Israel, and they were classed with swine, dogs, and other odious and abhorrent creatures. The leper wanted Jesus to remove his shame and pollution.

This leper was desperate about getting Jesus’ help. He was so desperate that he forgot the Law’s requirement that he not come any closer than six feet to anyone. That’s just how horrible leprosy was – it would cause people to forget about others. This leper worshiped Jesus, he knelt before him. No doubt, he knew that Jesus was more than an ordinary man.

Notice that the leper did not doubt Jesus’ ability, only his willingness. He said, “If you are willing, you can make me clean.” He knew that Jesus had the power to do so, but he did not know that Jesus would have the care/desire to do so.

Jesus touched him and said, “I am willing, be cleansed.” Jesus touched the man. Although leprosy isn’t highly contagious, it can be passed on by touch – especially where one has open sores. Touching a leper also made one unclean, for the leper was unclean (Lev. 13:46). Jesus announced that he was willing. He not only felt sympathy for this man, he did what he could to help.

As soon as Jesus spoke these words, the leprosy left him, and he was cleansed. Notice the difference between this miracle and so-called modern miracles. Those who perform miracles today say that one needs to learn to walk, that one will recover, etc. Yet, when Jesus healed this man, he was healed immediately. The man, also, was cleaned · he was cleansed of his ritual defilement.

Jesus gave this man a strong warning. This man was to:

The Popularity of Jesus, v 45

Jesus could no longer enter any city but was outside in the deserted places. The crowds were so great that Jesus was being thronged – the people wanted to get near to the man who had such great power. The people came to him from everywhere; so many people had heard about Jesus that they wanted to get in contact with him.

Why was Jesus so popular with these people? Could it not be because they hoped to see Jesus perform some miracle? After Jesus had fed the five thousand and crossed the Sea of Galilee, people learned where Jesus was and brought him their sick so that they might be healed (Mt. 14:34-36). Herod was anxious to see Jesus, because he hoped Jesus would perform a miracle for him (Lk. 23:8).

Here was the greatest Teacher the world has ever known, and the people were more concerned with seeing a miracle than hearing what he taught. We can do the same thing – we can be more concerned with what Jesus can do for us (the blessings he can give) than the things he can teach us. Let us come to Jesus to learn of him, not just to get his blessings. Have you been to Jesus to be taught by him? Do you need to come to him tonight?