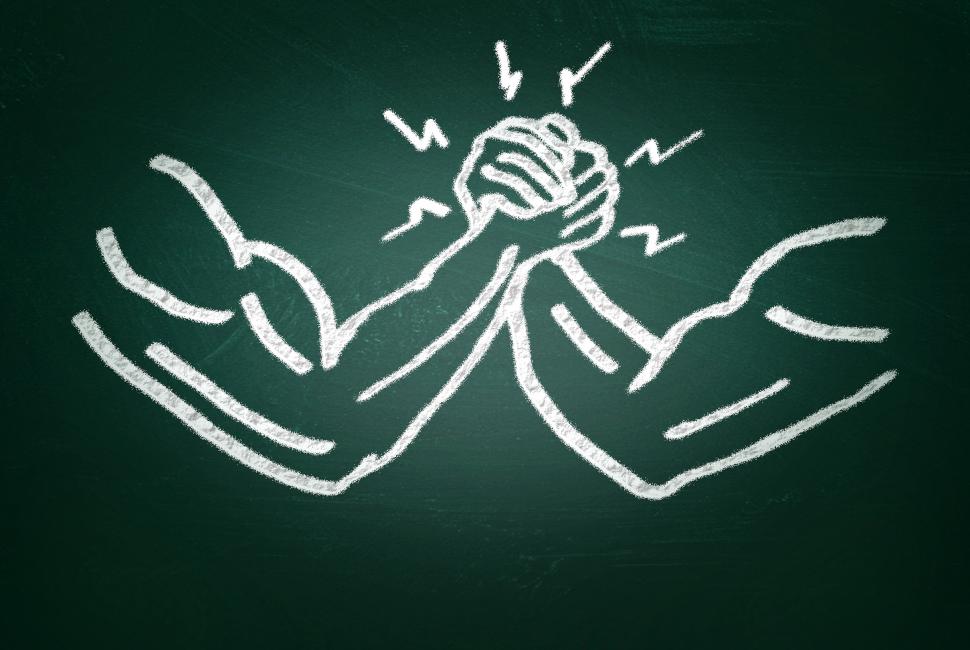 The great Maestro Toscanini, the famed orchestra conductor, was as well-known for his ferocious temper as for his outstanding musicianship. When members of his orchestra played badly, he would pick up anything in sight and hurl it to the floor. During one rehearsal a flat note caused the genius to grab his valuable watch and smash it beyond repair. Shortly afterward, he received from his devoted musicians a luxurious velvet-lined box containing two watches, one a beautiful gold timepiece, the other a cheap one on which was inscribed, “For Rehearsals only.”

You probably don’t need to tell you that anger causes people to do some fairly stupid things. I would say that many of those involved in that basketball brawl last week deeply regret what they did, but anger made them act in ways they otherwise wouldn’t act. I dare say that we’ve each done things out of anger we deeply regret and that caused us deep embarrassment.

Even though we occasionally do some pretty stupid things out of anger, we don’t have to act a fool when we become angry. Jesus is the perfect example of one who became angry but who also acted appropriately. When he cleanses the temple, he is obviously angry, yet Jesus – even in his anger – did not sin. But, behavior in the temple upsets the ruling Jews, and they act inappropriately in that anger. Tonight, we want to look at “A Temple Brawl” and think about the anger of Jesus and the anger of the Jews.

Mark frames this narrative in a context of judgment. If you notice Matthew’s Gospel (21:12-22), Jesus cleanses the temple and then curses the fig tree. Yet, Mark has a different order chronologically. In Mark, Jesus curses the fig tree, then he goes and cleanses the temple, and after the cleansing of the temple, he explains the fig treetop the disciples. Throughout the Gospels, we find different writers giving a different chronology to several events (e.g., Matthew and Luke give the temptations of Jesus in a different order). I really think the writers grouped events in the Gospels the way they did to get a certain point across, not necessarily because event A happened before event B. Mark seems to give the order of the events in this passage to show that judgment was coming upon Jerusalem. The fig tree is unfruitful, as are the Jewish people, and temple is about to be destroyed because of the Jews’ unfruitfulness. Jesus here begins the judgment that will be completed in AD 70.

He entered the temple and began to drive out those who were selling and those who were buying in the temple, and he overturned the tables of the money changers and the seats of those who sold doves. Jewish people would come from all over the world to Jerusalem for the Passover. Because it was so much easier to wait and buy a sacrifice in Jerusalem than to travel with an animal to be sacrificed for days on end, people were buying and selling them in the temple. From what we can gather, only in AD 30 did buying and selling begin in the temple itself; before that time you bought and sold just outside the temple.

Jesus also turned over the seats of those who sold doves. Doves were usually the only animal the poor could afford to sacrifice. Doves were used in the purification of women, in the purification of lepers, and in other sacrifices. Because there were thousands and thousands of pilgrims descending upon Jerusalem for the Passover, this place of buying and selling must have been quite large.

Jesus would not allow anyone to carry anything through the temple. Some people apparently used the temple as a shortcut between the city and the Mount of Olives; Jewish rabbis objected to that practice, as well. Yet, none of them objected as strongly as Jesus did.

Jesus quotes from two passages to make his point. The first is Isaiah 56:7: “These I will bring to my holy mountain, and make them joyful in my house of prayer; their burnt offerings and their sacrifices will be accepted on my altar; for my house shall be called a house of prayer for all peoples.” Jesus here shows his concern for the racial and gender segregation which took place at the temple. The temple was intended to be a place where all peoples could worship. 1 Kings 8:41-43. In the Old Testament, the only segregation was between the priests and the people, but in Jesus’ day, women and foreigners were segregated from the other worshipers. Jesus here shows strong disapproval of racial and gender segregation.

The second quote comes from Jeremiah 7:11: “Has this house, which is called by my name, become a den of robbers in your sight? You know, I too am watching, says the LORD.” The people in Jeremiah’s day had sinned grievously and were about to be punished for it, but they apparently thought that if there were simply in the temple all would be well. God shows that even the temple would not protect his people when he refers to it as a “den” or “dwelling place” of bandits. Jesus likewise in this passage shows his disapproval of the temple becoming a place of sin.

What can we learn from Jesus’ outburst? We learn that anger is not wrong. Jesus, who never sinned, here became obviously angry, and he expressed it. We, likewise, are going to become angry, and that anger, in and of itself, is not sinful. “Be angry but do not sin; do not let the sun go down on your anger” (Eph. 4:26). We need to learn the trick of being angry and not sinning. “What is righteous indignation?” one child asked another. “I don’t know, but I think it means to get real mad and not cuss.” But, honestly I think we do need to notice that Jesus wasn’t angry for any selfish reason, because someone had done him wrong. He was angry because someone had done God wrong, and he was angry because the poor were being abused. When we’re angry, we need to take a hard look at why we’re angry. Are we angry because we are selfish, or are we angry because some wrong is being committed?

When we come to worship, we need to worship. The Jews were totally abusing their place of worship, and Jesus was angry. I don’t think we can make a direct parallel between the temple and this building. In the temple, God dwelt with his people in a special way, but this place is just a building. Yet, when we come into this building for worship, God is here. You know what Jesus said, “Where two or three are gathered in my name, I am there among them” (Matt. 18:20). God is here in a special way when we worship him, and we need to do so with reverence and awe. We need to teach our children, not that this place is sacred and holy, but that this worship period is sacred and holy.

We dare not abuse the poor. I’m not all that convinced that Jesus was upset that people were buying and selling in the temple, per se. I think what really upset Jesus was that people were being abused. The poor traveled a long distance to fulfill their obligation to worship in Jerusalem, they weren’t able to bring sacrifices with them, and they waited to get to Jerusalem to buy what they would give to God. They go into the temple to buy their sacrifices, and those selling the sacrifices have greatly inflated their prices because they know the people have no choice but to buy from them. Jesus doesn’t like people being abused. We need to see that in our daily lives we take advantage of no one, that we treat everyone with respect and dignity.

We dare not make race or gender an issue. Jesus’ quotation from Isaiah shows that he did not approve of the segregated nature of the temple. We dare not, in the church or in the business world or in our personal lives, make any difference because someone is a different race or gender than we. There is absolutely no place for that among the children of the God who created all people.

“When the chief priests and the scribes heard it, they kept looking for a way to kill him, for they were afraid of him, because the whole crowd was spellbound by his teaching.”

If you ever want an example of jealous anger, this is it. The Jewish hierarchy is losing its power because the people are spellbound at Jesus’ teaching. They decide they’ll kill Jesus, and less than a week later they’re successful in killing him.

In light of the Jews’ anger over Jesus, we need to stop and give serious thought to anger. The Jews became so enraged that they ended up killing Jesus. If we allow anger to fester without taking appropriate action, we may not like what we do. Anger has long caused individuals, who were otherwise good people, to act in ways they otherwise would not act. Cain, because he was upset that God approved his brother’s sacrifice while he disapproved of his, went and killed his brother. Ahab went and killed Naboth because Naboth refused to hand over his vineyard. When Jesus was rejected in a village of Samaria, James and John wanted to call fire from heaven and consume the village.

There is an old legend in which Homer, the great author, met some boys coming home from a fishing trip. On his asking them of their luck, they replied, “What we caught we threw away; what we didn’t catch, we have.” It seems they referred to fleas, not fish, and his inability to guess this so enraged Homer, that he killed himself.

We need to be ever so cautious when we’re angry that our anger doesn’t cause us to do things we soon regret. What type of anger will you have: the anger of Jesus or the anger of the Jews?