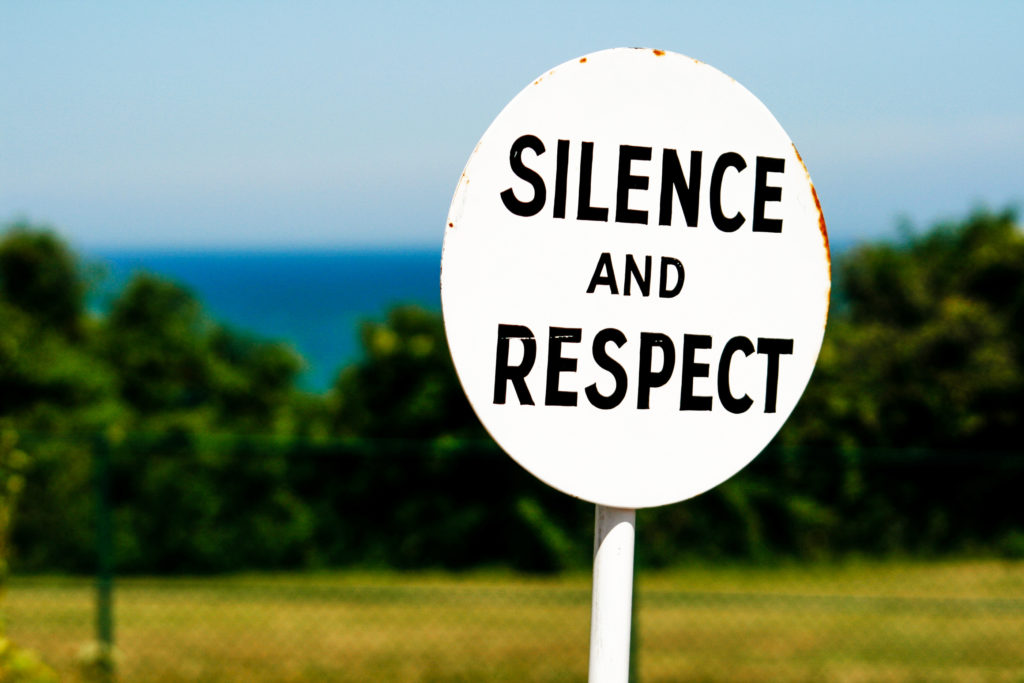 John Lennon once told a London reporter, “Christianity will go. It will vanish and shrink. I needn’t argue about that; I’m right and I will be proved right. We’re more popular than Jesus now.”

Although that sounds blasphemous – indeed, it is blasphemous – many times we think we’re more popular than Jesus. We watch the movie on HBO, although we know Jesus would disapprove. We stay home from worship on Sunday evening because we have better things to do. We tell a little lie at work to keep ourselves out of trouble, although we know Jesus taught us not to lie.

Respect is a lost art in our culture. Few people still use the terms “sir” and “ma’am.” Few students still respect their teachers.

Sadly, a consequence of this era of disrespect is disrespect for God. Augustine, the Catholic theologian, said, “Christ is not valued at all unless he is valued above all.” That is so true – unless we respect Jesus above all else, we really are not respecting him at all. This morning, we want to examine the first chapter of Malachi where he challenges us to respect God.

This passage begins with a premise that would have been considered universally true in the Ancient Near East: son honors his father and a slave honors his master. This premise is considered so universally true that Malachi does not need to quote from the Pentateuch to make his case. It is natural for a son to respect his father – a son knows how much his father has sacrificed for him, and he’s going to show him respect. It is natural for a slave to respect his master – a slave understands that his master is his superior, and he’s going to show him respect.

Respect for God should be natural. He is a Father – he is called the Father of Israel in Deuteronomy 32:6. He is a Master – he is our superior. He is a great King (1:14).

God wanted to know where his honor and reverence was. “Honor” literally means “to be heavy, weighty, burdensome.” Honor, then means to treat something as weighty, not treat it lightly. Honoring God does not refer so much to an inward emotional state as to some type of overt action. Honoring God is not some type of warm feeling we get when we think about God. Honoring God is acting, respecting God through our actions.

Like Rodney Dangerfield, God was saying, “I get no respect.” God was getting no respect from the priests of Malachi’s day, so he asked, “Where is my honor?”

The priests offered defiled food on God’s altar. What was offered was known as the “bread [or food] of God” (Lev. 21:6, 8, 17). The priests were offering God food which was polluted, not the best.

These priests didn’t think it mattered how they worshiped—they thought they could worship anyway they pleased and that God would accept their worship. Because of their thought process, these priests dishonored God. Here we see the two parts of proper worship: right actions and right thinking. Jesus said that those who worship God must worship him in spirit and truth (Jn. 4:24). We must worship in spirit (with our inner-man) and truth (with our outer-man).

The priests did not offer the best sacrifices. The sacrifices they offered were blind, lame, and sick. The Law forbade animals with these blemishes from being sacrificed (Deut. 15:21). These priests were doing exactly what God had told them not to do in their worship. So many today do exactly what God has told them not to do in their worship – they use instrumental music, they fail to take the Lord’s Supper, they use women in public worship. In so doing, they are treating the Lord with contempt, treating him as something unholy.

False worship takes one far from God. God will not favorably accept those who show disrespect in worship. This is not a serious invitation to repentance ·- this verse is loaded with irony. God is basically saying, “Wait, while you worship this way, I will not accept you!” If we worship without respect, God will not accept us. Nadab and Ahihu were consumed with tire from the Lord because they did not respect God in their worship (Lev. 10:1-2). “In vain they worship Me” (Matt. 15:9).

God takes no pleasure in false worship. God wanted someone to shut the doors of the temple so that this worship would stop! “Doors” probably refer to the doors between the court of the priests and the great court. If these doors were shut, no offerings could be made.

False worship brings judgment. God said that his name would be honored among the Gentiles. In other words, God would cut off Israel and receive worship from the Gentiles. This happened in the establishment of the church. In AD 70, God rendered his final judgment against the Jews when Titus came and destroyed Jerusalem and the Temple. Jews can no longer worship according to the Torah.

Are we showing God the respect he deserves?