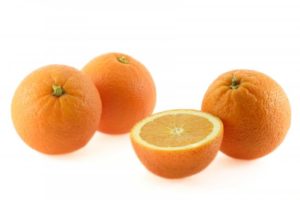 Jonathan Chapman, far better known as Johnny Appleseed helped to spread the apple tree in America. He was born in Massachusetts around 1775 and set out alone into the unexplored wilderness that is now Ohio, Indiana, and western Pennsylvania. He carried with him a sack of apple seeds that he had collected from cider mills. Wherever he went, he planted apple seeds, and retraced his paths to prune the trees he’d planted. Before he died in 1846, he covered more than 100,000 square miles with apple trees!

Chapman brought a great deal of fruit to this country. In this morning’s text, Jesus speaks of the need to bring forth appropriate fruit. Good results are often compared to fruit in Scripture. “Bear fruits in keeping with repentance” (Lk 3:8). “Either make the tree good and its fruit good, or make the tree bad and its fruit bad, for the tree is known by its fruit” (Matt 12:33).

Speaking to the Jews in this morning’s text, Jesus speaks of three very specific fruits. We bear two of them and God himself bears one of them. Let’s take a look at these three fruits.

We bear “A Finishing Fruit” when we die in our sins.

In the context of Luke, Jesus has been preaching about God’s judgment. He has told the Parable of the Rich fool, who store up much of this world’s goods but never considered his eternal destiny (Lk 12:13-21). Jesus has also spoken about the need to be watchful for his Second Coming: “You also must be ready, for the Son of Man is coming at an hour you do not expect” (Lk 12:40).

Those hearing Jesus mention the fact that Pilate mingled the blood of some Galileans with their sacrifices. We know nothing of this event, except what is recorded here. However, this does fits well with what we know of Pilate’s character. Apparently, some Jews had gone to offer their sacrifices at Passover and Pilate, for some reason or other, slaughtered them. Jesus’ hearers wish to take the focus off a general judgment and make it very specific: “Jesus, those Galileans who died at Pilate’s hand were horrible and despicable people, weren’t they?”

Aren’t we often guilty of the very same thing? “That sure was a good sermon. I wish so-and-so had been here to hear it.” “I can’t believe he did that – I would never do anything so horrible.” The Scriptures urge us to take a close look at ourselves before we ever think of looking at others. “Why do you see the speck that is in your brother’s eye, but do not notice the log that is in your own eye?” (Matt 7:3). “You have no excuse, O man, every one of you who judges. For in passing judgment on another you condemn yourself, because you, the judge, practice the very same things” (Rom 2:1).

The idea prevalent in Jesus’ day was that if you suffered, you had done something to deserve it. Eliphaz says to Job: “As I have seen, those who plow iniquity and sow trouble reap the same. By the breath of God they perish, and by the blast of his anger they are consumed” (Job 4:8-9). When the disciples encountered a man who had been born blind, they asked the Lord, “Rabbi, who sinned, this man or his parents, that he was born blind?” (Jn 9:2).

The people hearing Jesus likely bring up the incident with Pilate and the Jews he killed to say, “See! You talk about judgment, but we’re alive and they’re dead.”

Jesus doesn’t let his audience off easily, but he goes right to the heart of the matter. Jesus asked if those hearing him really believed that those Pilate killed were worse sinners than all the others in Galilee? The Jews would have readily answered in the affirmative. He then asked if they really believed that those 18 upon whom the tower in Siloam fell were worse than others in Jerusalem. Again, we don’t know anything about the falling of this tower except what we read right here. Siloam was the site of Jerusalem’s water reservoir located on the south and east hills of the city. For some reason this tower fell and killed 18 people. The Jews might be thinking that this disaster was different than the one Pilate brought about. Whatever caused that tower to fall, it did not fall because some murderous tyrant decided he wanted those 18 people dead. Maybe, they thought, God himself had forced the wall down.

Jesus says, “No. Disaster does not strike people because they are more sinful than others.” Isn’t that a good thing? How would you like to stand by the casket of a loved one knowing that he was lying there because he was a major sinner? But, then again, would there be any of us who had not been judged with death to stand by the casket?

While God doesn’t strike people dead from heaven for their sins, sin does bring death. Jesus never denies that truth in this text; he tells the Jews that unless they repent, they, too, shall perish. Each one of us bears “A Finishing Fruit,” for the penalty of sin is death. Death came into this world through sin. “Sin came into the world through one man, and death through sin, and so death spread to all men because all sinned” (Rom 5:12). Every death since Abel has been the result of sin. Because sin has entered the world, all men are susceptible to physical death.

But, physical death is by no means the worst end this life can have: Eternal death looms for the unrepentant. “The wages of sin is death” (Rom 6:23). “As for the cowardly, the faithless, the detestable, as for murderers, the sexually immoral, sorcerers, idolaters, and all liars, their portion will be in the lake that burns with fire and sulfur, which is the second death” (Rev 21:8).

If we have not repented, that “Finishing Fruit” will find its fruition in us! We shall indeed perish. Have you truly repented, or are you going to perish?

We bear “A Forsaking Fruit” when we give up the sin in our lives and repent.

The term repent is a compound word in Greek and it literally means “to think/perceive after.” Repentance, then, is an afterthought. Have we not all had numerous afterthoughts in our lives? Before Tammy and I were married, I was living in an apartment that sat in the church parking lot. Below me was an insurance agent, with whom I just happened to have my car insurance. One snow day, Tammy called and invited me over to lunch. I jumped in my car and backed out of my space without looking behind me and I just happened to hit the adjuster’s car. I certainly had an afterthought then: Why didn’t I look in the mirror? Obviously, an afterthought concerning sin is far more important than one about an embarrassing moment in a parking lot.

When we think about sin in terms of an “afterthought,” several important ideas come to mind.

A Communist was giving a lecture in New York City. A man walked into the assembly who was wearing quite poor clothing – His suit was just about to come apart. The Communist proudly proclaimed: “Communism will put a new suit on that man.” Someone in the crown replied, “Christ will put a new man in that suit.” Christ will put a new man in all of us, if we allow it. We can die to our sin and put on the new man that lives like Jesus. Do you need to bear “A Forsaking Fruit” this morning this morning?

God bears “A Forbearing Fruit” through his patience with us.

The parable Jesus tells in these verses is intended to demonstrate God’s patience with sinners. A landowner has come for three years to a fig tree in hopes of finding fruit, but he never finds any. He orders his gardener to cut it down and throw it away. The gardener, however, intervenes. He convinces the landowner to allow the tree to stand another year and let him fertilize it. Then, if the tree continues to bear no fruit, the landowner is welcome to have the tree destroyed.

The point upon the Jews hearing Jesus would have been unmistakable: God has been patient with you, but that patience is wearing thin! God is so very patient with us. The Lord “is patient toward you, not wishing that any should perish, but that all should reach repentance” (2 Pet 3:9). God has long demonstrated patience. God’s patience allowed for a delay in the coming of the Great Deluge: “They formerly did not obey, when God’s patience waited in the days of Noah, while the ark was being prepared” (1 Pet 3:20). God demonstrated patience for he put Jesus forth as a sin offering because “in his divine forbearance he had passed over former sins” (Rom 3:25). God overlooked the sins committed under the Law until Jesus could come and completely remove them. God demonstrated patience to Paul: “I received mercy for this reason, that in me, as the foremost, Jesus Christ might display his perfect patience as an example to those who were to believe in him for eternal life” (1 Tim 1:16).

While God is so very patient, his patience shall not hold back judgment forever. In this parable, the gardener argues for just one more year before the tree is cut down. God delayed the coming of the Flood in patience, but that Flood eventually came. God demonstrates patience by having not yet sent Jesus to judge us, but the Lord will one day come. “The Lord is not slow to fulfill his promise as some count slowness, but is patient toward you, not wishing that any should perish, but that all should reach repentance. But the day of the Lord will come like a thief, and then the heavens will pass away with a roar, and the heavenly bodies will be burned up and dissolved, and the earth and the works that are done on it will be exposed” (2 Pet 3:9-10).

One day Jesus will come to judge the world. Are you ready for that Day?