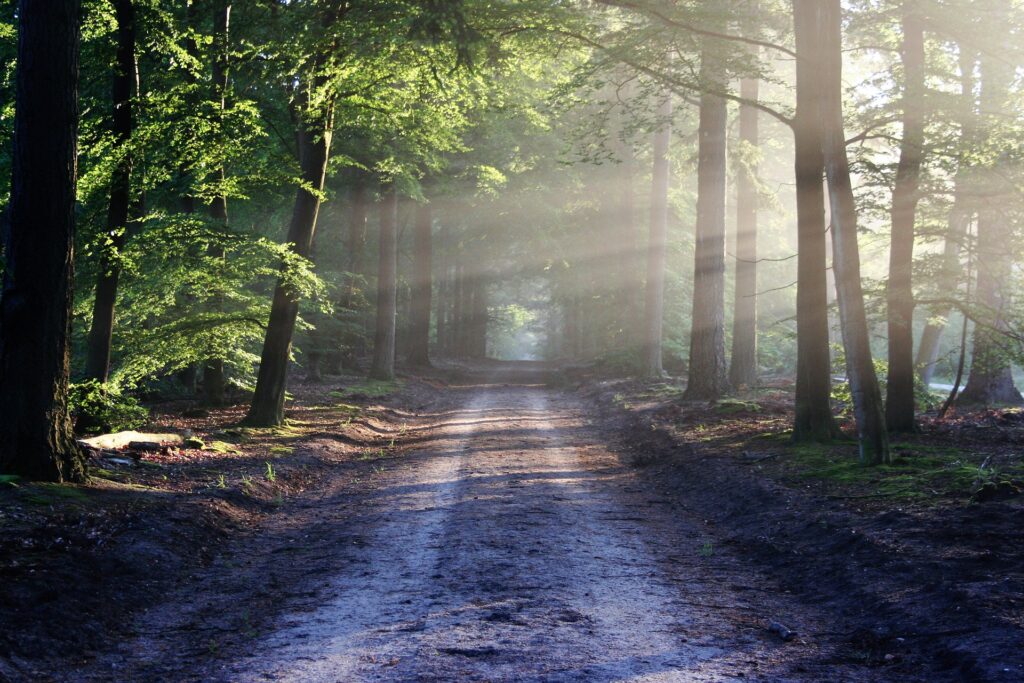 When I was a sophomore in college, I had a serious weight problem. One day when I was at my grandparents’ home, Aunt Brenda happened to come by. She talked about how much weight she had lost doing a low fat diet.

I decided right then and there – almost on the spur of the moment – that I was going to do the same and lose weight. Guess how well I did? I lost over 100 pounds and kept it off for over five years. I determined that nothing – nothing – was going to stand in my way, not my friends, not my family, not my schoolwork, nothing. I bought and cooked healthy food. I exercised every afternoon at 4:00. I had lost so much weight that Tammy threatened to throw me over her back like a sack of ‘taters at our wedding and carry me out.

But, I had trouble keeping the weight off. In the summer of 2000, I began looking for a church to work with. It was a very stressful time for me and the weight very gradually began to creep back.

Maybe you’ve had a similar experience. I’m sure you’ve made resolutions through the years: Lose weight, take care of finances, keep the house tidier, be a better husband/wife (father/mother), and the like. Perhaps, you’ve done quite well, but maybe not. Many New Year resolutions aren’t that important. Some may be – they may deal with spiritual issues. But, the vast majority – like my wanting to lose weight – don’t affect heaven and hell.

But, Jesus makes a resolution in our text that affects the eternal destiny of every one of us. We learn a very important lesson here: Jesus acts with resolve. In other words, he doesn’t decide on the spur of the moment to do something; he isn’t concerned with changing because it’s a new calendar year. He moves with determination and resolve to do what is right.

Jesus sets his face to go to Jerusalem. “Setting the face” is an idiom that means “resolute determination.” This is the pivotal verse in the Gospel of Luke. Before this verse, Jesus is ministering to a variety of people in a variety of ways. After this verse, the Lord is constantly moving toward Jerusalem and his crucifixion.

Jesus sent messengers to go into a village of the Samaritans and make preparations for him. These messengers likely are to make overnight accommodations. Pilgrims going from Galilee to Jerusalem would pass through Samaria. Yes, Jews and Samaritans hated one another. The Samaritans were half-breeds resulting from the Assyrian conquest against the Northern Kingdom. The Samaritans only accepted the Five Books of Moses as Scripture, and faithful Jews considered them apostates (and vice-versa). But, a direct route would take only about 3 days.

The Samaritans refuse Jesus’ request, because he’s going to Jerusalem. The Samaritans apparently didn’t reject Jesus because of claims of Messiahship, but simply because he was a Jew. Of course, Samaritans did not accept Jerusalem as a legitimate place to worship (Jn 4:20).

Normally, when I preach a sermon like this, I like for the point to have some relevance to us. This point is simply about Jesus: Jesus acts with resolve. However, this morning’s lesson holds Jesus up as our example: 1 Peter 2:21. I know the context is suffering, but Jesus’ life is one of great example.

Do you need to make a resolution this morning?