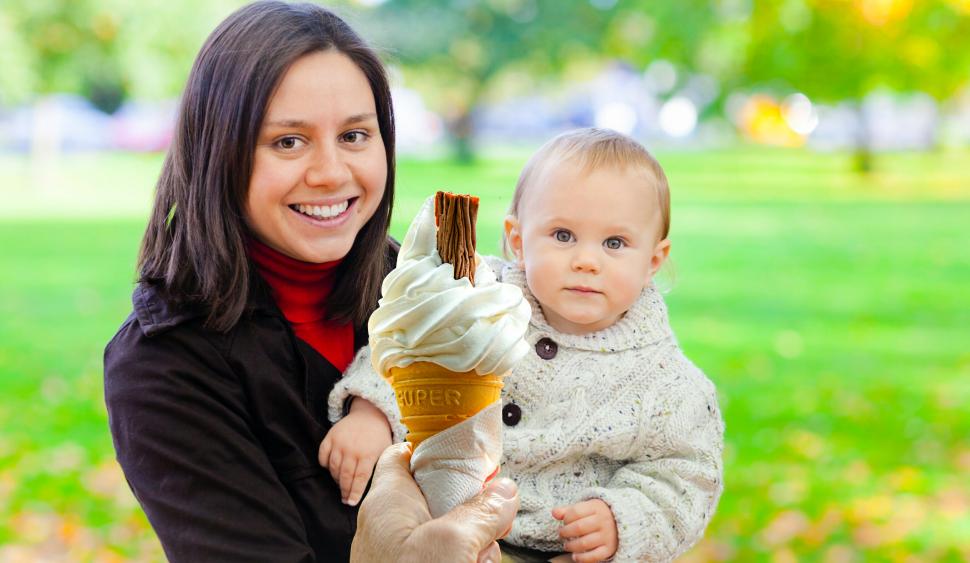 I have been blessed with a good mother who is very, very young. I was born about two weeks after my mother turned 18. She was just 35 when I graduated high school. She was 40 when Tammy and I got married. She became a grandmother at 42.

Let me tell you just how young my mother is: Shortly after I started school, at International Bible College, Mom and Dad came down for our annual workshop. Mom and I were in line for breakfast–Dad was somewhere else, I don’t remember where–and Charles Coil, the founder and chancellor of the school, got in line behind us. Brother Coil looked right at us and said, “Justin, I don’t think I’ve met your wife before.” Mom loved Brother Coil after that–he really was a tremendous man. But, I thought that statement was beyond creepy.

As I grow older, I’m convinced more and more that it’s a blessing to have a mother as young as mine. I should have my mother in my life for many years yet to come. I don’t need to tell you what a tremendous blessing that is.

Some of you are in the same boat as I. Maybe you have a very young mother. I remember when I was preaching in Owingsville, Kentucky, we had a lady there who was 70–I attended her grandmother’s funeral. In West Virginia, one of our elders ran a cemetery. A man in his late ’70’s passed away, and his mother came in to make the arrangements. Maybe you yourself had children very young.

It’s not necessarily common to have a mother as young as mine–my mother was always one of the youngest mothers at school events. But, in Jesus’ day, it was very common to have a mother much younger than mine. In fact, Mary was likely no more than 12 or 14 when Gabriel comes and tells her that she’s going to have a Baby. We think Mary was between 12 and 14 because she is betrothed to be married and most betrothals took place about the age of 12.

It absolutely blows my mind that Jesus was likely born to a girl who was 12 or 13. Only in this past year have Tammy and I allowed our 12-year-old son to take a key to school and to come home to an empty house and to stay for an hour or so by himself after school. God isn’t giving Mary a key to the house so that she can let herself in. He is giving her His only begotten Son!

You are likely thinking, “Justin, it was a different era. . . . People were vastly different then. . . . God knew what He was doing.” Of course, that is as true as can be. I don’t mean to imply in any way that God did wrong in allowing a young mother to bring His Son into the world. God is perfect; God has a perfect plan; and He always does right.

Still, I have to ask the question, Why would God allow such a young mother to raise His Son? Why not choose a more experienced woman? You might point out to me that God needed a virgin to bear His Son to establish that Jesus was not of human origin. True, but of all the Jewish women who have ever lived, why did God choose Mary? I believe that we get the answer to that question in this passage. Mary humbles herself before the Lord. In so doing, she provides all of us–man, woman, and child–an example. “A godly mother humbles herself before the Lord.” Let’s go to our text to learn that important truth.

Mary is a virgin. In Judaism, a “virgin” was a young maiden, usually 14 and younger. The term Luke uses tells us that not only is Mary a young maiden, but she has never had sexual relations with a man. She herself says that in this text (v 34).

Mary is betrothed to Joseph. Betrothals typically occurred when a girl reached puberty. I mention that because Mary is likely only about 12 or 13 when all of this is taking place.

Gabriel’s greeting demonstrates the important place Mary holds in human history. Many Jewish mothers prayed that they would be granted the privilege of raising the Messiah, but that honor fell to Mary.

Mary is troubled when the angel comes and appears to her; angels did not always carry positive messages. The angel has a message that she will conceive and bear the Son of the Highest, the Messiah.

There will be nothing natural about the conception about to occur within Mary’s womb. The power of God will come over Mary and do what has not happened before or since. God has the power to do something that is outside the boundaries of natural law.

In fact, as evidence of God’s great power, Elizabeth has conceived in her advanced age.

Nothing at all will be impossible with God.

I love Mary’s humble heart here. Think about all that she could have said to Gabriel: “Look, I’d like to help, but everyone’s going to think I’ve been immoral. No thanks.” “Go back and tell God that I’m getting ready to marry Joseph. We just don’t need to start out with a baby.” “I have all these plans and a baby is going to get in the way.” “Joseph and I are going to have a hard enough time making things financially. We just don’t need a baby to add to the mix.”

I don’t find any evidence that Mary even thought those things; she offers her life to the service of God. She had humbled herself before the Lord. She viewed herself as a servant of the Lord. The more I think about this text, I don’t think it’s really about Mary’s obedience like I’ve preached in the past. It’s deeper than Mary’s obedience; it’s a step long before obedience. It’s the root of the whole matter; it’s about Mary’s mindset, her attitude–She has, long before we find Gabriel’s standing before her, humbled her life under the mighty hand of God.

Like Mary, “A godly mother humbles herself before the Lord.” Today is Mother’s Day, and we’re thinking about mothers in a special way. There is no denying that Mary is the most special mother ever to walk this earth. We need to hold Mary up and encourage modern mothers to emulate her example.

However, there isn’t a truth here that applies only to mothers; each one of us needs to humble himself before the Lord. You know that humility before the Lord is so very important. “I say, through the grace given to me, to everyone who is among you, not to think of himself more highly than he ought to think, but to think soberly, as God has dealt to each one a measure of faith” (Rom 12:3). “Humble yourselves in the sight of the Lord, and He will lift you up” (Js 4:10). How do we go about humbling ourselves before the Lord?

You must understand that this is a mindset.

We’re not talking about action nearly as much as we’re talking about thinking. Mary’s statement of humble surrender to the will of God gives us a glimpse into her heart. Paul makes clear that humility is a mindset: Philippians 2:5-8.How do you come to have a mindset of humility?

First: You need to have a clear picture of God.

When you compare yourself to God, you don’t come out looking all that good. He is the Creator; you are the creature. He is perfect; you are sinful. He has all power; you have no real power. He is worthy of worship; you are the worshiper. He is the Resurrector; you will be lying in a grave. David was brought to his knees by the realization of who God is: Psalm 8:3-4.Take some time to consider carefully who God is in your life. Mary understood who God is: He is the Potter and she was the clay. Who is He to you, in your life, in your current circumstances? When you fully understand God’s sovereignty over your life, what can you do but exclaim, as did Mary, “Behold the servant of the Lord!”

Two: You need to have a clear picture of yourself.

When you have a very clear picture of who you are, it is hard to be boastful before God.

Give some serious thought to who you are in light of God’s marvelous grace. Mary had a clear picture of herself; she was the maidservant of the Lord.

In humility, you offer your life before the throne of the Almighty.

That’s precisely what Mary does: “Behold the maidservant of the Lord! Let it be to me according to your word” (Lk 1:38).That is also the command of God. “I beseech you therefore, brethren, by the mercies of God, that you present your bodies a living sacrifice, holy, acceptable to God, which is your reasonable service” (Rom 12:1). How do you present your body as a living sacrifice? You make the decision to obey God–regardless of circumstances, regardless of personal desires, regardless of personal ideas, regardless of anything. You then carry out that decision in obedience.

Have you humbled yourself before the Lord?