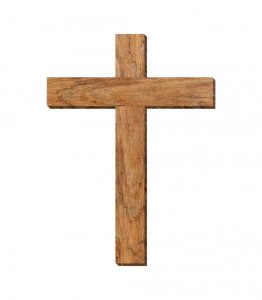 In my life, I’ve had people annoy me more than I thought was possible. In college, I had a suitemate from the Caribbean; Mark Charles was his name (I’m not going to say anything horrible about him, so I’ll give you his name). Being from the islands, North Alabama winters were far too cold for him. He wanted the thermostat set to 85, and that was too warm for even me. Mark and I had words a time or two.

There is a guy at the gym who is going to be the death of me. I have no idea who he is, or I’d say something to him (and more than likely I’d say something to him and the staff). He and I were (key word: “were”) using lockers next to each other. He gets there earlier than I and showers while I’m still in the pool. I know that because he leaves a pile of dirty towels right in front of my locker. I really don’t want to touch someone else’s dirty towels. I’ve changed lockers.

There are some annoying people in this world. And, in doing evangelism, there’s an annoying guy in Scripture: that thief on the cross. I don’t in any way mean to imply that the thief annoys me or that the way Jesus responded to him annoys me. But, what annoys me is that Satan can successfully use that thief to keep people from obeying the gospel. The reasoning goes like this: The thief on the cross wasn’t baptized, he only had faith, and I, therefore, only need faith and I do not need to be baptized.

A big part of me wonders why people gravitate to the thief; in the Gospels, several folks have salvation without baptism. After a paralytic had been let down through the roof in front of Jesus, the Lord says, “Son, your sins are forgiven you” (Mk 2:5). As Jesus stands in Zacchaeus home, the Lord declares, “Today salvation has come to this house, because he also is a son of Abraham” (Lk 19:9). When the woman washed Jesus’ feet in Simon’s house, Jesus said, “I say to you, her sins, which are many, are forgiven, for she loved much” (Lk 7:47). When the accusers of the woman caught in adultery leave, Jesus looks at her and says, “Neither do I condemn you; go and sin no more” (Jn 8:11).

I think one reason people may not use those examples is that more than faith was required. Granted, in two of those cases, action followed salvation, but there was action, nonetheless.

What we’re going to do this morning is different from what we usually do: We’re going to think long and hard about the thief on the cross and his salvation. We’ll think about some things we just need to know, but we’ll also think about some things we need to do. Here’s a lesson that even the thief demonstrates: “More than faith is necessary for salvation.”

I’m sure some folks would want to rake me over the coals for saying that the thief demonstrates “More than faith is necessary for salvation.” Notice the dialogue here in Luke’s Gospel. One thief is blaspheming (speaking evil of) Jesus. The other thief, the one who received salvation, rebuked him. In that rebuke, the penitent thief demonstrates his faith. He readily confesses that he is sinful, but Jesus is not. He understands that Jesus will soon have a kingdom. He calls the Lord by name. In the King James and New King James, the thief calls Jesus “Lord.” For many reasons, it’s preferable to understand the original reading as “Jesus.” But, that still seems to indicate that the thief knew who the Lord is.

From Luke’s account, I believe we see that the thief carried out much that we need to do for salvation.

It is not out of the question that the penitent thief was also baptized. I had a guy not terribly long ago call me a heretic on Twitter because I posted a sermon saying that baptism is absolutely essential to salvation. He said that the thief on the cross was never baptized; therefore, baptism is not essential to salvation. He about had a stroke when I asked him to prove the thief was never baptized. You know that many were baptized before that thief went to the cross. Mark 1:4-5; Notice two things: One: John’s baptism was for the remission of sins. It was temporary, but it was still for the remission of sins; and, Two: Notice also that “all the land of Judea” was going out to John to be baptized. The disciples of Jesus also baptized (Jn 4:1-3).

You need to understand some other things about the thief dying beside Jesus.

Because “More than faith is necessary for salvation,” how should we live?

Have you honestly done everything God requires for your salvation?