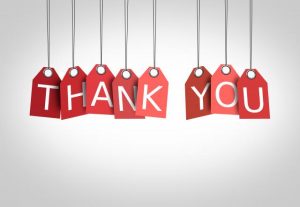 Jesus faced the same problem. He healed a group of lepers, and only one of the men stopped to thank him. This evening, we want to examine this narrative that we might learn to be thankful.

As Jesus entered a village, he was met by lepers, who stood at a distance. Leprosy was a horrible, disfiguring skin disease (not necessarily limited to what we call leprosy today). Lepers were outcast from society as dictated by law – the leper “is unclean, and he shall dwell alone; his dwelling shall be outside the camp” (Lev. 13:46). When lepers did go around people, they were to have torn clothes and a bare head; they were to cover their mouths and cry, “Unclean! Unclean!” (Lev. 13:45). They kept their distance because that’s what society and Scripture required.

The leper who returned to thank Jesus was a Samaritan (v. 16), while the others appear to have been Jews. You know that Jews and Samaritans had nothing to do with one another. The fact that Jewish and Samaritan lepers would be traveling together illustrates just how much of an outcast a leper was. These lepers would have been looked down upon in Jewish society, not just because of the disease itself, but because Jewish teachers proclaimed that leprosy was the result of sin.

The lepers lifted up their voices and said, “Jesus, Master, have mercy on us!” These lepers begged for mercy. They begged for Jesus to look with compassion upon them and heal them. They probably wanted to be cleansed from sin as well as their illness – they probably thought that their illness resulted from sin. They likely had much desperation in their voices – they knew that Jesus could heal their illness, and they had likely tried everything to be cleansed but all their efforts had been unsuccessful.

The Lepers Cleansed by Jesus, v 14

When Jesus saw the lepers, he said to them, “Go, show yourselves to the priests.” And so it was that as they went, they were cleansed.

In the same vein, we must act to be healed of our sin. There are so many who tell us that we don’t need to do anything to be forgiven of our sins; we just need to believe. But, these men had something to do; we have to act also. “Faith by itself, if it does not have works, is dead” (Js. 2:17). Notice that those in Hebrews 11 acted out of their faith. “By faith Abel offered to God a more excellent sacrifice than Cain” (v. 4). “By faith Abraham obeyed when he was called to go out to the place which he would receive as an inheritance” (v. 8).

The lepers were cleansed on their way to the priests – because they acted in faith, they were healed.

One of them, when he saw that he was healed, returned, and with a loud voice glorified God. This leper, when he had been healed, returned to Jesus and praised God at the top of his lungs. He wanted everyone to know that God had made him well. Think of how his life had just changed: he would no longer be disfigured, he would no longer have to tell people he was a leper, and he would now be allowed to return to his family.

Has Jesus not changed our lives, too? Has he not cleansed us from our sin? Do we glorify God for what he has done? Do we want others to know what God has done in our lives? I’m afraid that too many of us are embarrassed to allow others to know that we are Christians. The vast majority of members of the church have never won a single soul to Christ. When was the last time you spoke to someone about your faith, about the change that God performed in your life?

We need to be a people who are actively sharing our faith. “Go into all the world and preach the gospel to every creature” (Mk. 16:15). To the apostles Jesus said, “You shall be witnesses to Me in Jerusalem, and in all Judea and Samaria, and to the end of the earth” (Acts 1:8). Granted, we cannot testify to the resurrected Christ, but we can tell the changes he has brought forth in our lives. Will you do so?

He fell down on his face at Jesus’ feet, giving him thanks. The falling down at Jesus` feet must be seen as worship; this man knew that Jesus was not an ordinary man, and that he must either be deity or a prophet, and he stops to worship and give thanks.

What about us? Do we stop to worship God and give thanks? We have been instructed to give thanks unto God. “When you have eaten and are full, then you shall bless the LORD your God for the good land which He has given you” (Deut. 8:10). “Let the peace of God rule in your hearts, to which also you were called in one body; and be thankful” (Col. 3:15). “In everything give thanks; for this is the will of God in Christ Jesus for you” (1 Thess. 5:18). Man has set this time of the year aside for “Thanksgiving,” but let us not allow this to be the only time we are grateful unto God. Let us express our thankfulness to God throughout the year!

This man was a Samaritan. Surely this man’s ethnicity provides the punch of the story. Jesus, since he was a Jew, would not have been expected to have any contact with Samaritans, and a Samaritan comes forward to thank Jesus!

The Lepers Who Were Thoughtless, vv 17-18

Jesus said to the Samaritan, “Were there not ten cleansed? But where are the nine? Were there not any found who returned to give glory to God except this foreigner’?” Jesus says: “Look, I healed ten lepers. Why did only this one come back to thank me?”

We are living in an age when this world is becoming less and less thankful. “Although they knew God, they did not glorify Him as God, nor were thankful, but became futile in their thoughts, and their foolish hearts were darkened” (Rom. 1:21). “Men will be lovers of themselves, lovers of money, boasters, proud, blasphemers, disobedient to parents, unthankful, unholy” (2 Tim. 3:2).

If you were a leper, which one would you have been: the Samaritan or the other nine?