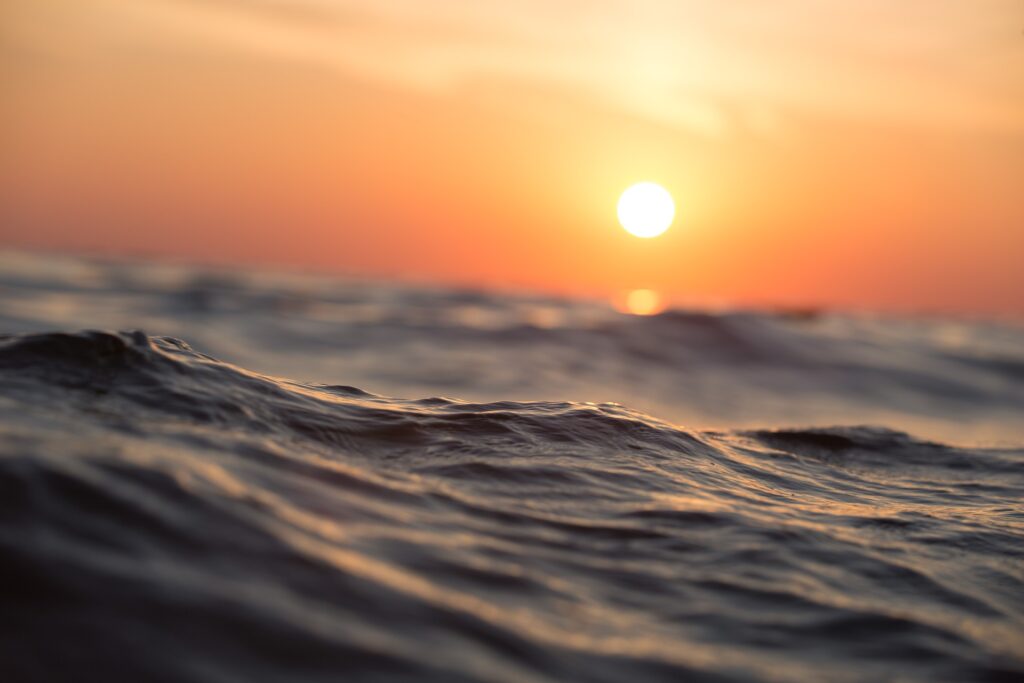 Oh, the joy of expecting first-time parents. The sonograms. The baby showers. The shopping. They paint the nursery (pink or blue?). They try to figure out how to attach the car seat to the minivan. They take Lamaze classes. They secure the services of the midwife. They finally confess that they’re clueless and run to mom and/or dad for help.

And then there’s that all-important element of the name. They want to give the child precisely the right name to convey legacy and avoid playground insults. In other words, they want to avoid what other parents have done to their children, like the woman who named her baby Female for no other reason that that it was on the newborn’s wristband. Another couple named their child Urine. One clueless couple decided to pick a random middle name, and they settled on Random.

One hundred years ago, among the 20 most popular baby names for 1907 were Clarence, Walter, Mildred and Gladys. Fifty years ago, the child may have been a Michael, James, Susan or Linda. Don’t be surprised, however, if the next time a parent announces the name for a new baby they say the name will be Navaeh. That’s a name that wasn’t in circulation in 1907 and 1957. Or 1997. But suddenly in 1999, there were eight baby Nevaehs born in the United States. The next year there were 86 Navaehs. Today the name is in the top 100 most popular baby girl names. It even beat out Sara, Vanessa and Amanda!

How do we explain the appearance and popularity of Navaeh in the last eight years? MTV. In 2000, Christian rock star Sonny Sandoval of P. O. D. appeared on MTV with his baby daughter. He announced that her name was Navaeh: “Heaven spelled backward,” he explained. Now the name has meaning, uniqueness and star-connection.

Whatever the eventual name of a child, the naming process has changed. In the past, the sound or popularity of a name was important. More often today, people are looking for unique names, or names with embedded meaning. That was common in biblical times. If you read the footnotes of your Bible, they will often explain the meaning of various names. Aaron means “teacher” or “mountain of strength.” Isaac means “laughter.” John comes from “the grace or mercy of the Lord.” Biblical names carried meaning. An identity. A hoped-for destiny.

In Matthew 1:21, the Lord explained to Joseph in a dream the name for Mary’s firstborn Son: “She will give birth to a son, and you are to give him the name Jesus. because he will save his people from their sins.” The name “Jesus” was as common in that day as Michael, John or David are today. But the meaning it had was entirely uncommon for him. Jesus literally means “salvation” or the “Lord saves.”

In most all religious groups which practice unbiblical infant baptism, the parents announce the “Christian name” for their child at that ceremony. Even in some groups which practice biblical baptism-adult believer baptism by immersion for the remission of sins-new converts take on a new name, a Christian name. While that practice is different from what we do, it is not entirely without biblical precedent. Saul began going by Paul after his conversion. Actually, Saul and Paul are the same name, “Saul” is Hebrew and “Paul” is Greek. The change likely had to do with the fact that Paul was appointed as an apostle to the Gentiles, thus he began using the Greek-Gentile-form of his name.

In this text, Jesus gets a new name at his baptism. We learn in verse 3 that John appeared “preaching a baptism of repentance for the forgiveness of sins.” Because John was baptizing, some individuals thought he was the Messiah. John denied that he was the Messiah, but he said that the Messiah would come after him. Jesus came and was also baptized. After Jesus’ baptism, the Lord prayed, heaven was opened, and the Spirit descended upon him. A voice came from heaven and said, “You are my Son, whom I love; with you I am well pleased.” The King James Version does a little better job at translation, and renders this verse: “Thou art my beloved Son, in thee I am well pleased.” Actually, a yet better, more literal translation from the Greek would be: “You are my Son, the Beloved, in you I am well pleased.”

Thus, for the first time in the Gospels; we find the description of Jesus as “the Beloved,” a designation we will often find the Father using. Jesus ministry fulfilled the prophecy of Isaiah 42-“Here is my servant whom I have chosen, [my Beloved], in whom I delight” (Matt. 12:18). At the Mount of Transfiguration. the Father said, “This is my Son, the Beloved, in whom I am well pleased” (Matt. 17:5). Thus, Jesus, at his baptism, for the first time is called the Beloved, an appellation which will follow him the rest of his ministry.

While we do not change our name when we are baptized into Christ, we do take on a new identity. The Scriptures often speak of this new identity we have in Christ. “We were buried with him through baptism into death in order that, just as Christ was raised from the dead through the glory of the Father, we too may live a new life” (Rom. 6:4). “If anyone is in Christ. he is a new creation; the old has gone, the new has come!” (2 Cor. 5:17). This morning, we will explore the new identity we have at our baptism.

In Baptism, We Identify with the Family

It is in that act of submitting to baptism, that we become members of the church Jesus established. As people were being baptized in the early church, we read, “The Lord added to their number daily those who were being saved” (Acts 2:47). The King James Version reads: “The Lord added to the church daily such as should be saved.” The word “church” is not in the original, but that is clearly the idea. As we submit to baptism, we are joining a new family, gaining a new identity.

The church is the family of God. We, as Christians, are often referred to as the family of Jesus. When Jesus was teaching and his physical family came to see him, Jesus said, “Here are my mother and my brothers! Whoever does God’s will is my brother and sister and mother” (Mk 3:34-35). “Both the one who makes men holy and those who are made holy are of the same family. So Jesus is not ashamed to call them brothers” (Heb. 2:11).

We need the church as family, for Jesus calls us to turn our backs on our earthly families. Matthew 10:34-36. “If anyone comes to me and does not hate his father and mother, his wife and children, his brothers and sisters-yes, even his own life-he cannot be my disciple” (Lk 14:26). So many of you have had to hate your father or mother or wife or children or siblings. Several of you were reared in religious heritages which contradict the very Word of God, but when you came into contact with the Word of God, you did what every honest person will do: you obeyed the Word of God. I know many of you have encountered various difficulties of some sort or another with your families because of your obedience to the Gospel.

We need the church family for our constant help and encouragement. “Carry each other’s burdens, and in this way you will fulfill the law of Christ” (Gal. 6:2). The early church in Acts helped one another with a wide variety of difficulties. When several members encountered financial hardship, they early disciples sold “their possessions and good, [and] they gave to anyone as he had need” (2:45). When Peter was in prison, awaiting certain death, “the church was earnestly praying to God for him” (12:5). When some came to Antioch from Jerusalem claiming that the Gentiles needed to be circumcised and keep the Law of Moses, Paul and Barnabas went to Jerusalem for the Gentile brethren to see what the Word of God truly was (15). When Apollos was inadvertently teaching error, Priscilla and Aquila “invited him to their home and explained to him the way of God more adequately” (18:26).

In Baptism, We Identify with the Kingdom

Many would might be tempted to say that identifying with the family and with the kingdom are really the same thing. The church, after all, is the present manifestation of the kingdom of God. Follow me very carefully: I am convinced there are great overlaps between the church and the kingdom, but I do not believe they are exactly the same thing. The church is a physical entity, made up of people who have been baptized into Christ. The kingdom, on the other hand, is a spiritual entity, made up of those souls and hearts of men who walk with God.

In other words, the kingdom of God refers to the reign of God in the hearts and minds of men. We get a glimpse from Daniel that the kingdom has to do with the reign of God. The one like a son of man “was given authority, glory and sovereign power; all peoples, nations and men of every language worshiped him. His dominion is an everlasting dominion that will not pass away, and his kingdom one that will never be destroyed” (Dan. 7: 14). The kingdom in this passage is synonymous with sovereign power and dominion, in other words, the rule of Christ. We get that same picture from Revelation 11:15-“The seventh angel sounded his trumpet, and there were loud voices in heaven, which said: ‘The kingdom of the world has become the kingdom of our Lord and of his Christ, and he will reign for ever and ever.’”

Thus, to be part of the kingdom of God means that we submit to the authority of God and that we live our lives according to his rule. Notice the kingdom imagery that Paul uses in describing the lives we’re to live. “Do not let sin reign in your mortal body so that you obey its evil desires. Do not offer the parts of your body to sin, as instruments of wickedness, but rather offer yourselves to God, as those who have been brought from death to life; and offer the parts of your body to him as instruments of righteousness” (Rom. 6:12-13). “Reign” and “obey” are terms denoting sovereign power-A king reigns, and his subjects have the responsibility of obeying.

As members of the kingdom we become at baptism, we are to offer our bodies to God and to his reign. Romans 12:1-2. It is said that on his retreat from Greece after his great military expedition there, King Xerxes boarded a Phoenician ship along with a number of his Persian troops. But a fearful storm came up, and the captain told Xerxes there was no hope unless the ship’s load was substantially lightened. The king turned to his fellow Persians on deck and said, “It is on you that my safety depends. Now let some of you show your regard for your king.” A number of the men bowed to Xerxes and threw themselves overboard! They showed their respect and honor to their king. Do we show the proper respect and honor to our King?

In Baptism, We Identify with Jesus

In being baptized ourselves, we identify with Jesus in a couple ways: