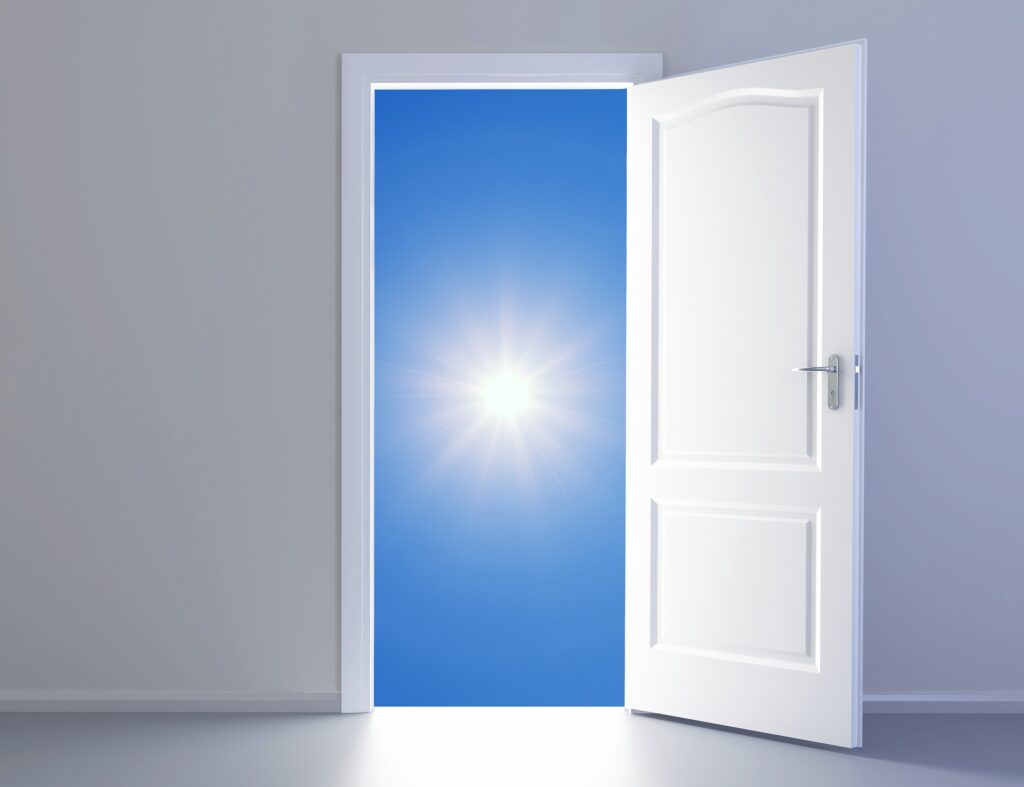 James Blankenship did not have that huge an impact on my life. I only met James about two months before he died. He was a member of the congregation where I was preaching, and he lived right across the street from me. I visited with James once or twice, and I found him very fun, fascinating, and engaging. However, only a few weeks after I had moved to work with a new congregation, James developed heart problems and died quite suddenly. James died before I could really get to know him; I had even forgotten James’ last name–I had to use Google to find it.

However, I will never forget the way James died. James began to have chest pains about a month after I had moved to West Virginia. Physicians were soon able to pinpoint his problem: James needed a new heart valve, but his advanced age was going to make the surgery extremely risky. After spending a couple weeks in the hospital, James finally agreed to have the surgery. After all, he reasoned, he was going to be dead in a few weeks without the surgery, so why not try?

The surgery was an absolute disaster. In order to place the pig valve in James’ heart, physicians had to put him on a heart-lung bypass machine. But, his heart refused to start back up after taking him off the machine, and the surgeons were trying several different things in the operating room. Once James was somewhat stable, the physician came out to tell the family the bleak prognosis. The surgeon said that he was going to scrub back in and try to save this life, but, in all likelihood, James was going to die regardless of what they did. There were several of us from church crowded in that small consultation room–the surgeon was disappointed, and the family was distraught. As the surgeon got up to leave the room, one kind-hearted brother said something like, “Sit down, doctor. We need to have prayer. Preacher, lead us in prayer.” I did, and the doctor later said that he’s not a spiritual man, but that prayer helped him as he went back into the operating room and tried to save James’ life.

The family, the members of the church, and I go back to the waiting room. James’ daughter Pat, who is a member of the church in West Virginia, is completely silent as we wait. One of her sisters went to Pat to try to engage her in conversation, and Pat said, through the tears and through the hurt, “Please leave me alone. I’m praying without ceasing.” Yes, James died the next day, but that experience taught me a great deal about the faith that goes into prayer.

The disciples wanted to know how to pray. In verse 1, they ask the Lord to teach them to pray. He answers their request in two parts: He tells them what to say and gives them the “Model Prayer” (vv 2-4); and He then gives them a parable to tell them how to say it (vv 5-10). This morning, we want to look at this parable and learn how we should approach God in prayer. Jesus teaches the disciples a very important lesson: “Powerful prayer is persistent prayer.”

A man has a friend come to him at midnight, and he needs at least three more loaves of bread to feed him. We do not know if this man knew his company was coming or not. This could very well be a man who did not budget and plan accordingly. Or, he may have been caught not expecting this man.

The friend comes at midnight. That might strike us as odd. I don’t typically show up at people’s homes at midnight. However, people often traveled at night in antiquity to avoid the heat of the day.

That this man goes to his neighbor’s house at midnight speaks of the shame this man was enduring. Someone has shown up and he doesn’t have enough to feed him, and soon everyone in town is going to hear about it.

The man comes up with two excuses not to help. One: The door is now shut; the burdensome lock is in place, and he will need to unlock the door. Two: His children are in bed with him. In one-room Palestinian homes, everyone–including the animals–would sleep in the same bed. If he gets up, he will disturb his children.

Because of his excuses, this man will not get up and help.

This man does not rise and help because he is a friend–he is going to need to unlock his door and disturb his children.

But because of his neighbor’s “persistence,” this man will rise and give him what he needs. Because the man will not simply go away, the neighbor gets up and gives him as many loaves as he wishes. The man will not quit; he is persistent.

Jesus here makes clear that “Powerful prayer is persistent prayer.” The verbs at verse 9 are in the present tense. The idea there is repeated action. Jesus means that we are to be persistent–we just don’t give up. Why don’t we need to give up? Because, according to verse 10, God answers the prayers of those who keep praying.

As we seek to make our prayer persistent, there are three things we need to understand:

Prayer is an exercise in humility.

The man goes to his neighbor in great humility. You really need to humble yourself to go and ask for something at midnight–that takes some courage and thinking about your guest more than yourself. News is going to spread quickly through that little village–Everyone soon will know that this man had a neighbor show up when he had no food for him. The man has to admit that his neighbor has what he needs, that he cannot provide for his guest by himself.

Persistent prayer is an exercise in humility, for we recognize that God has what we need. There are many things we cannot provide for ourselves. In the Model Prayer, Jesus had recognized that God has much of what we need: our daily bread, forgiveness, and a way out of temptation (vv 3-4). As we pray for what we need, we are, in essence, allowing God to have control of our lives.

Prayer will result in what we need.

But, God promises to give us our real needs. “Your Father knows the things you have need of before you ask Him” (Matt 6:8). “Seek first the kingdom of God and His righteousness, and all these things shall be added to you” (Matt 6:33).

Prayer needs to be persistent.

Jesus in the Garden is an example of such a prayer. He prayed that “the hour might pass from Him” (Mk 14:35). Jesus comes back, finds the disciples sleeping, and rebukes them. After that, “Again He went away and prayed, and spoke the same words” (Mk 14:39).

You might ask, “If Jesus was persistent in prayer and still died on the cross, why bother with persistent prayer?” The answer comes from Paul. Paul had a thorn in the flesh, and he prayed three times that the Lord would remove it. Jesus refused. Yet, the Lord strengthened Paul to endure the trial: 2 Corinthians 12:9-10. God blessed Paul in a new and different way because of Paul’s persistent prayer. God can bless you in a new and different way if you are persistent in prayer.

Be persistent in prayer this week. What struggle do you have that needs to be taken to God repeatedly? Choose a struggle and pour your heart out to God because of that struggle. Allow God to bless you through your persistent prayer.

Do you need the prayers of your brethren this morning?