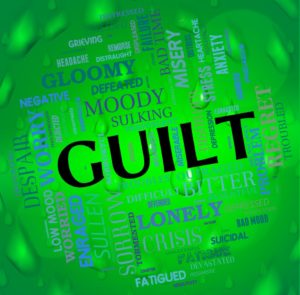 Years ago, Dad worked for the Coca-Cola Company in quality control, and every summer there was a picnic for the entire plant where Dad worked. We three boys loved the Coca-Cola picnic, for we would play games and we’d win prizes — one year I won a camera that was in the shape of a Coca-Cola can (it used 110 film, if you remember that). One year, the company had pony rides set up. The stipulation was that you had to wear a hat in order to ride. My brother Aaron went on ahead of me and got on a pony. Aaron didn’t need to put a hat on–he had worn a cowboy hat of some type, and he was allowed to ride the pony with the hat he was wearing.

I had a ball cap on (probably for the Cincinnati Reds), and that ball cap was not acceptable — I had to wear a hat that was provided. Justin couldn’t understand why he had to change hats and his brother didn’t. I threw an absolutely ungodly fit — I was not permitted to ride the ponies and I’m sure I rode home with a quite sore rear end.

I don’t remember if it’s when Mom and Dad came up back in October or some other time over the past few months, but the subject of those ponies came up (I had hoped Mom and Dad had forgotten that). Dad looked at me and said, “I was never more embarrassed in all my life.” I was probably no more than an immature 12 or 13 year-old at the time, but Dad’s words still stung.

One of the most haunting verses in all of Scripture, in my opinion, is verse 61: “The Lord turned and looked at Peter.” When I think about that look on Jesus’ face, I can’t help but be haunted. Can you imagine what that look must have been? Can you imagine the embarrassment, the shame, and the terror that went through Peter’s heart?

But absolutely the most haunting thought of all is this: If Jesus were to give me a “look,” what would I see? Would I see delight in that face because I had honored Him? Or, would He be ashamed of me? Does the Lord Jesus have reason this morning to be ashamed of you?

Let’s think about an important truth: “Sinful living makes the Lord ashamed.” That should obviously be something we do not wish to occur. We’ll think about how we can keep from making our Lord ashamed.

“Sinful living makes the Lord ashamed.” I pray, therefore, our attitude is that we want to do everything in our power to keep the Lord who died for us to be ashamed of us. Do we really have any idea at how grieved God is when we sin? When God saw the wickedness in Noah’s day, “the LORD was sorry that He had made man on the earth, and He was grieved in His heart” (Gen 6:6). “Do not grieve the Holy Spirit of God, by whom you were sealed for the day of redemption” (Eph 4:30). My actions can grieve the Holy Spirit (Why else would Paul encourage us not to grieve Him?). Why would I want to grieve my God?

How can we keep from making the Lord ashamed? Peter had an opportunity to rise above his situation and honor the Lord; that becomes extremely clear as you go back and think about the hours immediately preceding Peter’s denial. Let’s think about those hours and see how we can keep from shaming our Lord

Do you need to come so that we might pray for you?