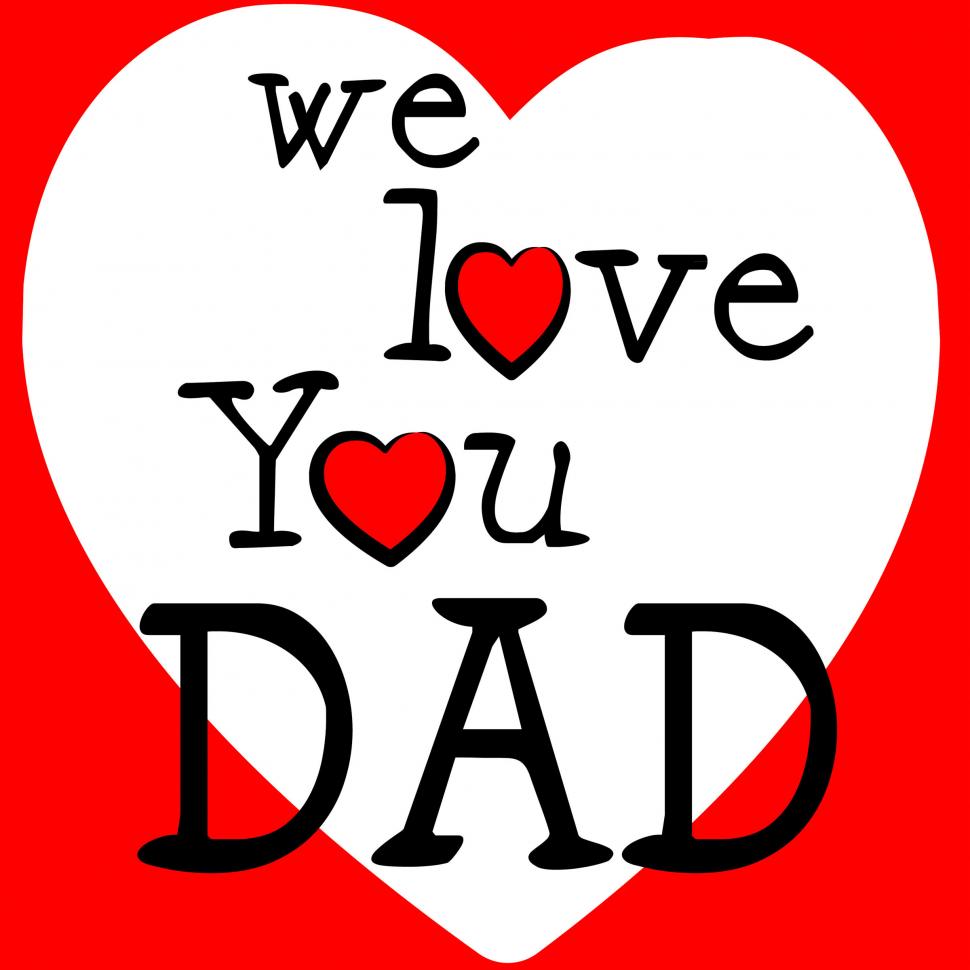 J. Sidlow Baxter tells of an incident in his home. It so happened that directly in line with a picture of Christ was a mirror. If one were to stand a certain way, the person’s image would blot out the picture. Mr. Baxter’s daughter was one day standing before the mirror and happened to stand directly in line with the picture. When she moved, the picture again appeared. She ran excitedly to her Daddy and said, “Daddy, I can see Jesus when I am looking at myself.”

When we look at ourselves, we desperately need to be able to see Jesus. It’s absolutely vital that we fathers see Jesus when we look at ourselves, for research informs us that a child’s first ideas about God are formed from what he sees in his/her father. That’s appropriate, for we fathers have a solemn obligation to teach our children the truth of God: “Fathers, do not provoke your children to anger, but bring them up in the discipline and instruction of the Lord” (Eph 6:4).

But, how can we fathers become fathers like God? On this Father’s Day, that is the question we want to answer; in answering that question, we wish to explore the Parable of the Prodigal Son. In that parable, the father obviously represents God. In looking at that father and how he responds to both of his sons, we learn so much about the kind of fathers God expects us to be.

This father is “A Delivering Daddy” – he gives to his son: “There was a man who had two sons. And the younger of them said to his father, ‘Father, give me the share of property that is coming to me.’ And he divided his property between them. Not many days later, the younger son gathered all he had and took a journey into a far country, and there he squandered his property in reckless living.”

This “Delivering Daddy” gave his son what he requested – his share of the inheritance. A godly father will generously give to his children (Lk 11:11-13). In the parable, the father gives his sons their inheritance. What will daddies who are like God give their children today?

Godly fathers will give generously, for our God gives generously. “He makes his sun rise on the evil and on the good, and sends rain on the just and on the unjust” (Matt 5:45). “Blessed be the God and Father of our Lord Jesus Christ, who has blessed us in Christ with every spiritual blessing in the heavenly places” (Eph 1:3).

Shall we be “Delivering Daddies” who give to our children?

The Prodigal’s father was “A Desiring Daddy” – he earnestly desires his son to do the right thing: “He arose and came to his father. But while he was still a long way off, his father saw him and felt compassion, and ran and embraced him and kissed him.”

Jesus makes abundantly clear that this daddy was desiring his son to come home. The Prodigal’s father sees his son while he is still “a long way off.” The implication is that day by day the father would go out and look for his son. He can’t wait for his son to come home and he is earnestly watching and waiting. When he sees his son, the Prodigal’s father runs to his son. It was unbecoming of a man in the Ancient Near East to run. This father doesn’t care about societal norms and customs – he has been watching for his son and when he sees him, he’s greatly excited.

God is a Father who desires his children to do the right thing: God “is patient toward you, not wishing that any should perish, but that all should reach repentance” (2 Pet 3:9).

The father is “A Delighting Daddy” – he forgives his son of his error and rejoices over his repentance: “The son said to him, ‘Father, I have sinned against heaven and before you. I am no longer worthy to be called your son.’ But the father said to his servants, ‘Bring quickly the best robe, and put it on him, and put a ring on his hand, and shoes on his feet. And bring the fattened calf and kill it, and let us eat and celebrate. For this my son was dead, and is alive again; he was lost, and is found.’ And they began to celebrate.”

God is a Father who delights when his children do right. “You do not stay angry forever but delight to show mercy” (Mic 7:18, NIV). “I tell you, there is joy before the angels of God over one sinner who repents” (Lk 15:10).

The Prodigal’s father delights in his son’s repentance and demonstrates his forgiveness by the huge celebration he begins. Think of all this father had to forgive. His son asked for his inheritance long before the father was dead. Talk about a slap in the face! The son goes to his father and basically says, “Dad, I wish you were dead. I don’t care anything about you – all I really want is my money!” His son went to a far country and not knowing his son’s whereabouts had to weigh on this father heavily. This concern of this father is evident by his continual watching for his son.

In October of 1995, I, too, went to a far country – the country of Albania. A dear friend of mine had gone to that country’s capital city to work with a congregation and I wanted to see what mission work was all about. I was going to be gone for only two weeks, but I would be out of communication for those two weeks. I took several pictures as Mom, Dad, my grandmother, and I were sitting in the airport waiting for my plane to arrive. I chuckle whenever I see those pictures because the worry on my dad’s face was palatable. Dad was worried because I was going to a former Communist country for two weeks and this father had no idea where his son had gone nor when (or if) he would return. The Prodigal’s father hurt so deeply, yet he forgave so richly.

Fathers, our children are going to disappoint, they are going to hurt. They, like we ourselves, are mere mortals and full of all the frailties of fallen man. But, when they disappoint – when they hurt – how shall we respond? Will we respond with love and forgiveness? That is the way of Jesus. “Be kind to one another, tenderhearted, forgiving one another, as God in Christ forgave you” (Eph 4:32). “If one has a complaint against another, [forgive] each other; as the Lord has forgiven you, so you also must forgive” (Col 3:13). Let us be delighting, forgiving fathers!

The Prodigal’s father is “A Driving Daddy” – he is urging his elder son to do right: “His father came out and entreated him, but he answered his father, ‘Look, these many years I have served you, and I never disobeyed your command, yet you never gave me a young goat, that I might celebrate with my friends. But when this son of yours came, who has devoured your property with prostitutes, you killed the fattened calf for him!’ And he said to him, ‘Son, you are always with me, and all that is mine is yours. It was fitting to celebrate and be glad, for this your brother was dead, and is alive; he was lost, and is found.'”

The elder son is undoubtedly the reason Jesus tells this parable. In verses 1-2, we learn that the scribes and Pharisees are grumbling because Jesus is receiving sinners. Jesus has told two other parables that demonstrate God’s joy over repentant sinners – the lost sheep and the lost coin. The scribes and Pharisees are likely, therefore, lulled into believing that this parable will also be about God’s joy, but Jesus throws them for a loop and tells them that they, too, should be rejoicing over sinners who repent. Because this son is, in some ways, the “main character” of this story, it’s only fitting that we discuss him and his relation to his father.

This elder son throws quite a fit when he discovers that his father is rejoicing over his long-lost brother. He claims to have worked and to have sacrificed, yet never to have received anything from his father’s hand. This son’s claims are quite outrageous. He says that he has never disobeyed his father’s commands – show me a child who has never disobeyed his father and I’ll give you a million dollars. He says that he’s never received a goat that he might celebrate with his friends. That may be the truth, yet Jesus says that the father divided his living between the two sons. This son’s share of the inheritance would have been twice of his brothers; therefore, he could have bought his own goat.

In this parable, the father, standing for God, rejoices when his son comes home. Do you need to come this morning and give God cause for rejoicing?