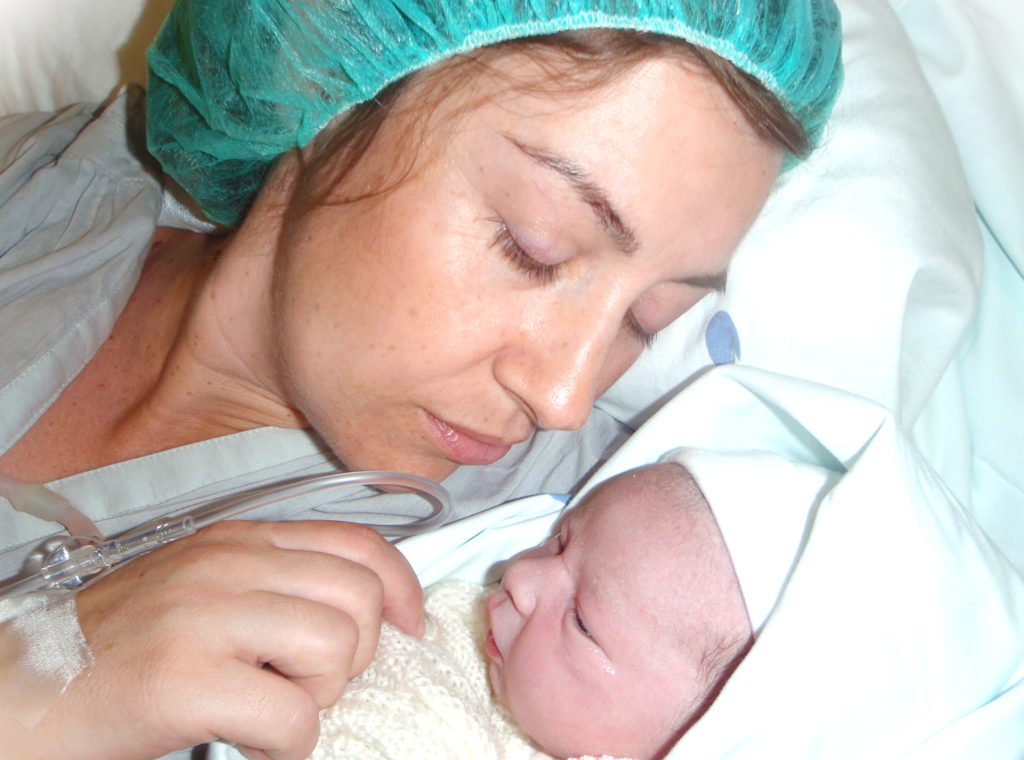 There is absolutely nothing like a mother’s love – all of us have been comforted time and time again by our mother’s love. The story is told of an Eastern princess, whose child, a lad of a few years, lay smitten with the plague and dying. The mother stood a little distance away, yet forbidden by the physician to approach lest she also perish. As she stood with breaking heart looking upon her child, the little eyes opened and turned toward her tear-stained face. There was the loving face of her who had so many times dispelled his childish troubles and healed his bruises with her kiss. Why not now? The little arms went out toward her while the childish voice said, “Kiss me, Mamma, kiss me, Mamma.” The doctors have forbidden it and so she hesitates, still her heart yearns for the little sufferer. Again the voice of her darling entreats, “Kiss me, Mamma, kiss me.” What cares she for the doctors now? It is the last request of her dying boy and she claps the little form to her heart and covers the fevered cheek with her kisses – and within a few days, she also dies.

Undoubtedly, because a mother’s love is so special and so important during a child’s formative years, God carefully chose the mother for both his Son and his forerunner. In this morning’s text, the two mothers – who were relatives (we’re not told what relation they were; the Greek word simply means that they were kin) – meet, and Elizabeth heaps praise upon Mary, the Lord’s mother. Before going to visit Elizabeth, Mary had just learned that God is a God who does the impossible. Gabriel appeared to Mary and told her that Elizabeth, her relative, was going to bear a child in her old age. But, that’s not nearly as shocking as telling Mary that she – a virgin – was going to bear a child as a virgin. As Mary pondered how she could conceive as a virgin and her old relative could conceive, she was told, “Nothing is impossible with God.”

Elizabeth proclaimed to Mary, “Blessed are you among women.” The word blessed here can mean ‘”to praise” to “to provide benefits.” The term is in the perfect tense, which means that Mary had been blessed in the past, and the benefits of that blessing continue in the present. The term is also passive, which means that the benefits or praise were heaped upon Mary by someone other than herself. It seems best to me to understand this to mean that God was the One who was blessing Mary, and he blessed her specifically through allowing her to bear the Messiah.

Mary indeed held a blessed and honored position in bearing and raising the Messiah. Mary herself recognized her honored position – “From now on all generations will call me blessed, for the Mighty One has done great things for me – holy is his name” (Lk. 1:48-49). Some have taken Mary and placed her in a position that neither she nor God ever intended – worshipping her, making her a mediator for man, and making her the queen of heaven. But, just because some have elevated Mary far too much does not mean that we should not see Mary as “blessed among women.”

Elizabeth provides another reason Mary was blessed in verse 45 – “Blessed is she who has believed that what the Lord has said to her will be accomplished!” Mary humbly accepted the word of the Lord for her life. After Gabriel told Mary that she would bear a child as a virgin, Mary replied, “I am the Lord’s servant. May it be to me as you have said” (Lk 1:38). How’s God going to accomplish anything like this? Virgins simply don’t give birth, but Mary knew that what God said, God would bring to completion.

Elizabeth, by the Spirit, also speaks concerning the child Mary would bear: She said, “Blessed is the child you will bear!”

Mary asked Elizabeth aloud, “Why am I so favored, that the mother of my Lord should come to me?” Without any doubt, Mary had a great privilege in bearing and raising the Messiah, but Elizabeth, speaking by the Spirit, considered herself honored as well. What an honored position Elizabeth held! It was she – who for years had wanted a child – but was unable to conceive. It was she who, although well advanced in age, would now bear a child. It was she who would bear the child to break God’s 400 years of silence.

Elizabeth had an honored position, but here she speaks of the honor she had in welcoming Mary into her home. So many of you are so hospitable and greatly enjoy having individuals into your homes. Think, however, of how much you would greatly enjoy having Mary, the mother of the Lord come for a visit.

What a privilege it would have been if we had lived when Jesus walked this earth. Would it not have been fascinating to see him feed the five thousand? Would it not have been joyous to see him raise the dead? Would it not have been utterly spellbinding to watch him walk on water and calm the storm? But, you do remember, I trust, what the Lord Jesus said about those who saw what he did. Once Thomas had seen the resurrected Lord and confessed his faith, Jesus told him, “Because you have seen me, you have believed; blessed are those who have not seen and yet have believed” (Jn. 20:29). You and I have a blessed position, for we have taken God at his Word. Our faith is not a blind faith – it’s not as though we have taken a step into the darkness, hoping against the evidence. Evidence strongly supports the claims of Scripture, but you and I have taken God at his Word, without having to have seen it with our eyes.

John comes into the picture here; his mother said, “As soon as the sound of your greeting reached my ears, the baby in my womb leaped for joy.” Some might want to say, “Wait a minute. Unborn babies have a tendency to be quite active. That unborn child didn’t know that the mother of the Lord had just entered his mother’s home. This is just coincidence.” However, remember that Elizabeth says that the child leaped for joy – he leaped because he was joyful. Elizabeth spoke appropriately, for she was filled with the Holy Spirit as she spoke (v. 41). What absolutely must be remembered is Gabriel’s promise to Zechariah. “He will be filled with the Holy Spirit even from birth” (v. 15). “From birth” can be translated, as the King James Version does, “even from his mother’s womb” – John, even before his birth, is filled with the Spirit, and rejoices with Mary and Elizabeth.

That unborn child had every reason to rejoice. Mary was bearing a Child who would make life worthwhile in the first place. We and our children have purpose and hope in this life because of the child Mary would bear. Wil was born when this nation and world were in great upheaval. He was born, as you might recall, just over a month after September 11th. He was born just over a week after this nation invaded Afghanistan. I distinctly remember saying in the midst of all that, “Tam, I just don’t know about bringing a child into the world right now.” She, always the encourager, said, “Honey, it’s all going to be ok.” What I failed to recall in that moment is that events in this world don’t affect the value of life – We’re made in God’s image, his Son has come to redeem us, and life is worth the living.

Mary was bearing a Child who would take the sins of this world away. Each of us has committed a multitude of sins. The Christ, however, came that we might be pardoned of all those sins.

Mary was bearing a child who would bring rejoicing to so many. When Gabriel alarmed the shepherds, he eased their fears by saying, “Do not be afraid. I bring you good news of great joy that will be for all the people” (Lk. 2:10). When Philip went into Samaria and preached about Christ, “there was great joy in that city” (Acts 8:8). After the eunuch was baptized, he “went on his way rejoicing” (Acts 8:39).

Do you know the rejoicing that the unborn John knew? Do you need to come this morning to be baptized into Christ that you might go on your way rejoicing?