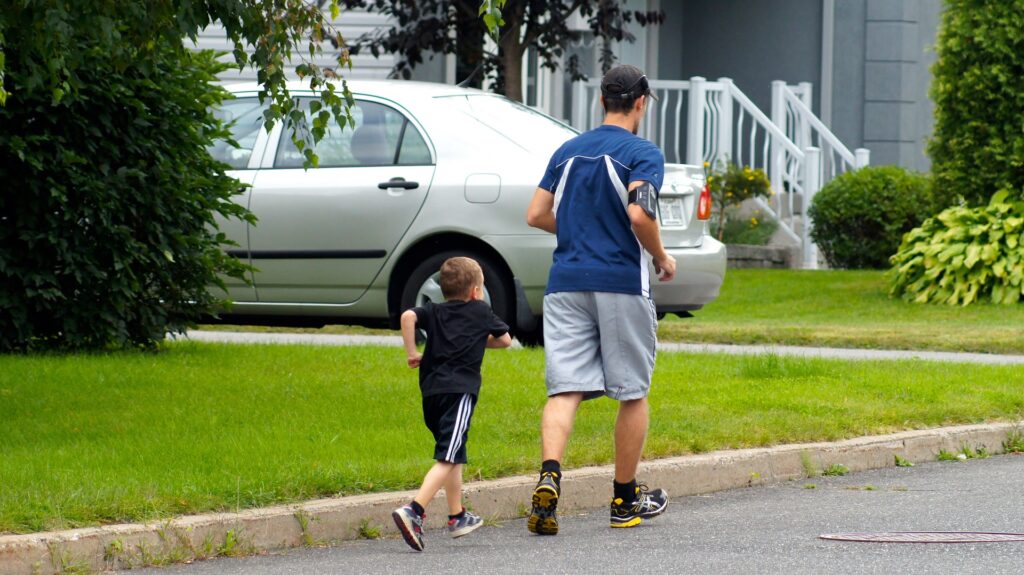 A Christian businessman ran out of the house one morning after kissing his wife and six-year-old little boy. While in a meeting with a rather important client, the man’s wife called to tell him that their little boy had been hit by a car just outside their home. The man was met at the hospital by his wife. She told her husband that the doctors had informed her that the boy could not live, and she asked her husband to go into the Emergency Room and tell their son that he was dying.

The father entered his son’s hospital room, pulled up a chair, and began a task that no father would ever want. The father told his son that he was about to die. “Will I die today?” the boy asked. “Yes,” said his father, “you cannot last much longer.” “I’ll be with Jesus tonight, then,” said the boy. His father said, “Yes, honey, you’ll be with Jesus tonight.” The businessman turned to conceal the tears welling up in his eyes. When the boy saw that his father was beginning to cry, he said, “Don’t cry, Daddy. I’ll find Jesus tonight and tell him that you’re the one who told me all about him.”

Men, if our son or our daughter were about to die, could our child say, “Don’t cry, Daddy. I’m going to find Jesus and tell him that you told me all about him”? Have you really been the one to tell your child about Jesus?

This morning’s text tells of a man whose son told the world about Jesus. The text also tells us why Zechariah was chosen to father John the Baptist – he was a righteous man. This morning, we want to explore Zechariah’s righteousness and measure our own righteousness by his.

“Both of them [Zechariah and Elizabeth] were righteous before God, living blamelessly according to all the commandments and regulations of the Lord.”

Zechariah and Elizabeth were righteous before God. The term righteous was used of model citizens in the Greco-Roman world; if one acted in society the way he should, he was said to be righteous. In biblical literature, the term refers to one who is a model citizen in relation to God, one who keeps God’s laws.

Little Johnny said to his mother, “When I grow up I am going to be a Christian like Daddy. Nobody knows whether he is a Christian or not.” What about us, guys? Does the world know if we are Christians or not?

Zechariah had gone into the temple to offer incense. “Then there appeared to him an angel of the Lord, standing at the right side of the altar of incense. When Zechariah saw him, he was terrified; and fear overwhelmed him.” The angel would have been between the altar and golden candlestick. Zechariah was terrified when he saw the angel. Who among us can blame him? If we were going alone our daily business and saw an angel appear, wouldn’t we be greatly afraid?

The angel informed Zachariah that he was about to become a father. Elizabeth would bear Zechariah a son and they were to name him John. Barrenness in the ancient world was a huge social stigma. It was something a little more than your parents saying, “I’d sure like to have some grandkids” when the family is gathered for Christmas dinner. Barrenness was considered a curse from God – in the ancient mindset, if you had no children, you had sinned, and God was punishing you. But, Zechariah’s prayer had gone before God – he must have prayed for a child.

Zechariah and Elizabeth were to name him John. The name John means “Yahweh has given grace.” What an appropriate name for one who will come forth and prepare the way for mankind’s Savior!

John would come “with the spirit and power of Elijah . . . to turn the hearts of parents to their children, and the disobedient to the wisdom of the righteous, to make ready a people prepared for the Lord.” The Old Testament had closed with the promise of the coming of Elijah – Malachi 4:5-6. Here we see that promise being fulfilled. John would prepare people for the coming of the Lord – Jesus would come shortly after John.

Zechariah doubted. “Zechariah said to the angel, ‘How will I know that this is so? For I am an old man, and my wife is getting on in years.”’ Can you imagine what must have been going through Zechariah’s mind? He was an old man, his wife was an old woman, and here stands this angel telling him that he’s soon going to be a father. You can almost hear Zechariah saying, “No, wait just a minute. I’m too old to get up at night. I don’t think my heart can take teaching a boy to drive at my age. I haven’t saved a dime for college.”

Zechariah stood condemned by the angel: “But now, because you did not believe my words, which will be fulfilled in their time, you will become mute, unable to speak, until the day these things occur.” Zechariah stood condemned, and he would be unable to speak until the day everything occurred just as Gabriel said they would. Can’t you imagine Zechariah trying to say, “Uh-oh” and the words just won’t come out? No doubt at this moment, Zechariah regretted his doubt.

Regret – in and of itself – isn’t going to accomplish much at all. Only when regret is matched by actions does regret benefit us. Here we see Zechariah acting on his regret.

On the eighth day they came to circumcise the child, and they were going to name him Zechariah after his father. Jewish children were generally named at birth. However, Roman infants were named eight or nine days after birth, and apparently, that Roman custom had infiltrated Palestinian Jewish customs. Children were often named for their grandfathers and sometimes their fathers. Thus, the people expected that this child would be named after an ancestor, and the name Zachariah was purposed.

His mother said that he was to be named John, but they asked Zachariah what he wanted. He wrote on a tablet, “His name is John.” Elizabeth had said what her child’s name was to be, but fathers, not mothers, had the ultimate say in the matter. Zechariah writes on a tablet that the child’s name was to be John. We here see Zechariah’s putting his regret into action. He finally believes what the angel has said, and he desires to obey.

Immediately, Zechariah’s tongue is freed and he begins to praise God. Just as Gabriel had announced, Zechariah was only mute until the child was born and named.

Fathers, is there something in your life of which you, like Zechariah, need to repent? Do you need to come this morning and repent of error in your life? If your child were to die this day, could he or she go and find Jesus and say that you had led him or her to Jesus?