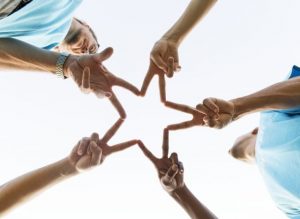 When I got my first job right after college, I went and bought a new car. Understand that this car wasn’t anything special in and of itself–it was a Mazda Protege. But, it was brand new. It was the very first car I had ever bought. It was a deep red, my favorite color. I was very fond of that car.

One evening, before Tammy and I were married, I was over at her townhouse–She had fixed supper, I think. One of her neighbors backed right into my brand-new car. He only put the smallest of scratches on the car. In fact, all I really needed to do was put a UK license plate or something on the front of it, and you’d never know anything had happened. But, he was extremely kind and took care of it in an appropriate and timely fashion. I honestly remember his kindness as much as I remember anything else.

As I think about the places I’ve lived, I’ve mostly had good neighbors, but when I was growing up, Mom and Dad had some not-so-good neighbors. Our next-door neighbors loved a good party about 3 o’clock on Saturday and Sunday mornings. I can’t tell you the times that Dad would call the police to break up those drunken parties. One Friday evening, Dad took the youth group all-night bowling–that was always a big thing that we did. Everyone met at the church at 9 or so on this Friday evening, and they carpooled to the bowling alley. This time I wasn’t able to go because I was taking the ACT the next morning. But, the church had a nosey neighbor. She called the house about 3 in the morning to see if we knew why there were cars at church.

“A good neighbor is a serving neighbor.” How do we put that into day to day practice?

I want you to find someone this week whom you can serve. If you come to Monday Night for the Master tomorrow, you can serve many people and our Lord. Opportunities to serve abound. Won’t you serve? Jesus came and died for you that you might live eternally. Won’t you serve Him?